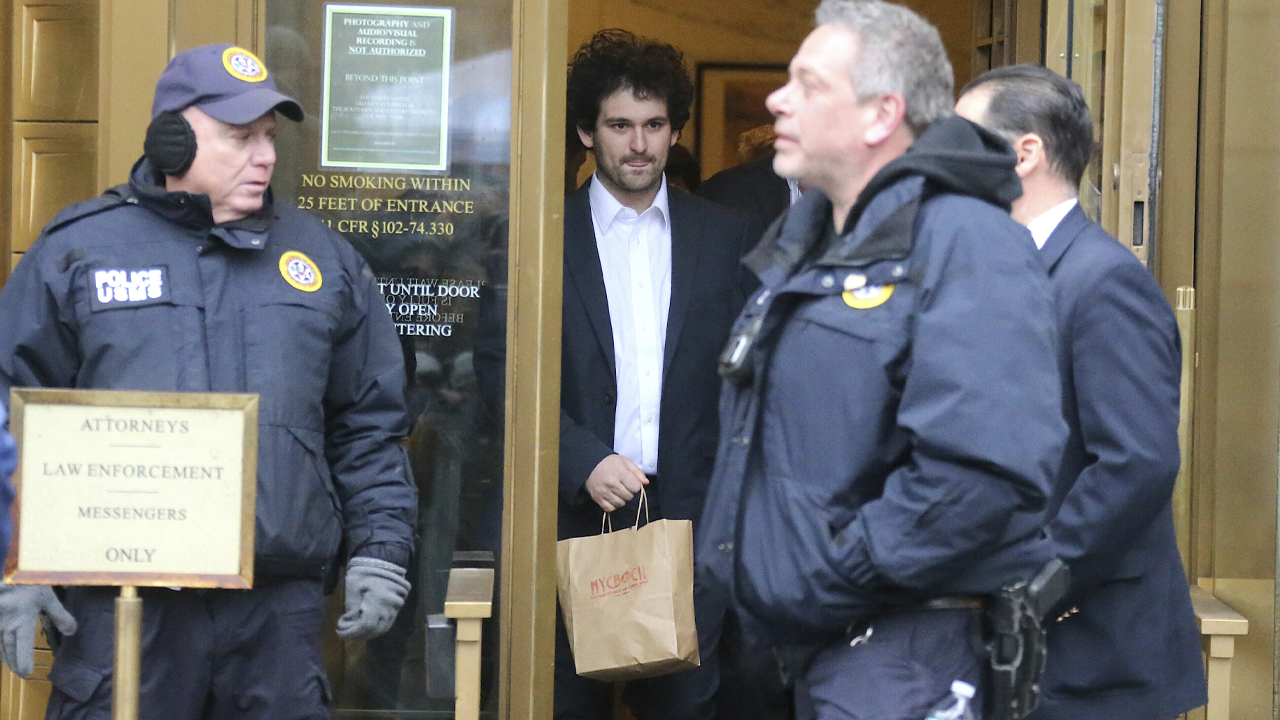 Founder of crypto disaster FTX and second largest Democrat donor in 2022 Sam Bankman-Fried had at least four meetings at the White House this year with President Joe Biden‘s administration, two of which took place within the 2 months leading up to his crypto company’s spectacular collapse and SBF’s subsequent arrest on charges that include campaign finance violations.

That revelation comes from reporting by Bloomberg and the extensive “S.B.F. Chronicles” at Puck.

Bankman-Fried, who has been vocal and visible spinning his role and intent throughout the collapse and fallout, was using “dirty money” to “buy” influence, primarily to Democrats but also to some Republicans, say U.S. Attorneys. During his post-collapse spin, SBF suggested he donated equal sums to Republicans, but secretly in order to avoid backlash from the liberal press. The words “Republicans” and “dark money” have attracted a great deal of media attention, with some baselessly stating as fact that he gave “the same amount” to both parties, but of the verifiable money that’s been tracked it has been vastly in favor of Democrats and Democrat-aligned groups.

And in his blitz of Democrat schmoozing and influence-buying, SBF not only got plenty of face time with former Biden-Harris transition team member and current SEC chair Gary Gensler, but at least four in-person White House sit-downs, as well.

These included at least two meetings with Steve Ricchetti, Counselor to the President, one with Biden’s deputy chief of staff Bruce Reed, and an apparent two-day meeting after that, participants not reported. SBF’s brother, Gabriel Bankman-Fried, who is one of the names used in for the FTX/SBF political donation schemes, also had a meeting at the White House this year.

Bankman-Fried met Sept. 8 with Steve Ricchetti, one of President Joe Biden’s senior advisers, White House officials familiar with the matter said. The meeting, previously unreported, was the latest in a handful of sessions.

Puck adds these details from a conversation that a television producer and former Wall Street banker named Laura Goldman had with Bankman-Fried in September 2021:

As it turned out, S.B.F. was all too happy to meet with politicians and ply them with millions. He told Goldman he had given away about $25 million to that point. “There are cases where I wish I gave more in retrospect,” he said.

Goldman took S.B.F. at face value when it came to his interest in pursuing regulation for the crypto industry. Figuring he really wanted the industry to be regulated, after the interview, Goldman introduced S.B.F. to the White House public engagement team. “He’s planning a Washington visit and would like to meet with people in the WH,” she wrote. Zach Butterworth, the White House Director of Private Sector Engagement, responded to Goldman that S.B.F.’s team should be in touch with Jana Plat, in the White House Office of Public Engagement.

The political donations, made apparently at the expense of FTX’s customers and investors, are a major part of the case being built against Bankman-Fried, who is controversially out on bond at this time.

The attorney now in charge at FTX, John Jay Ray III, who previously reclaimed millions for Enron investors, has vowed to claw back the massive donations to help make individual investors whole. Some of the big names on the hook for those funds include next House minority leader Rep. Hakeem Jeffries (D-NY), Sen. Cory Booker (D-NJ), Sen. Joe Manchin (D-WV), and Sen. Dick Durbin (D-IL).

A source who spoke to Bloomberg about the White House meetings amusingly claimed that neither politics in general nor FTX’s particular political interests were discussed at those meetings.