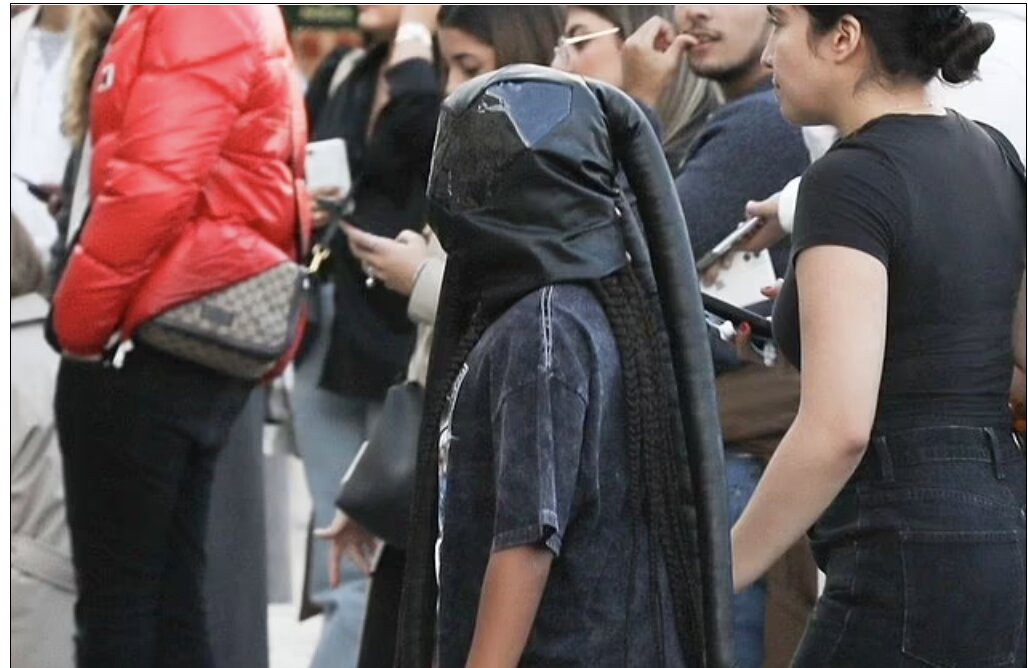 Look at this photo of Kim Kardashian’s daughter North West, where she is wearing a strange mask and hood.

The mask is called a gimp mask. So what does that mean?

According to TheFreeDictionary.com we read:

Bondage hoods are meant to dominate, depersonalise and sexually objectify the wearer (with his or her consent or preference).

The hoods can be completely closed and the breathing ports zipped, buttoned or snapped shut.

Medical issues
BondagSet featured imagee hoods have the potential for fatal asphyxiation that is intimately linked to the device’s purpose of design. 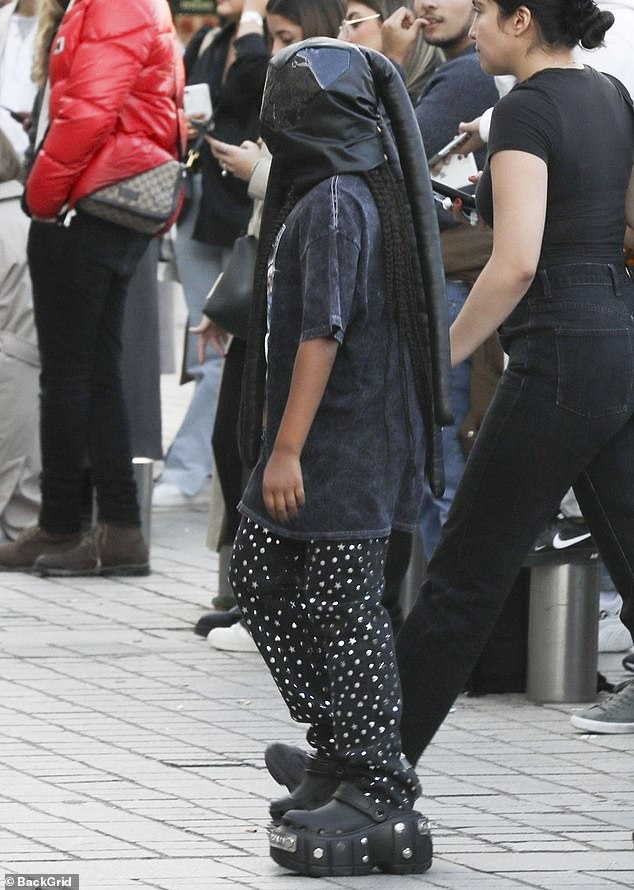 So, in other, words, and to clarify, Kim allowed North West to wear this mask at a Paris show in early October this year at a time when the Balenciaga scandal hot NOT broke yet. But now that it’s been broken wide open, this is now reflecting very BADLY on Kin Kardasian–to say the least! IN OTHER WORDS, SHE LET HER OWN DAUGHT WEAR A SEXUAL BONDAGE MASK MADE BY A COMPANY NOW IMPLICATED IN A WORLD-WIDE PEDOPHILE SCANDAL!!!

Just like mom and dad! Kim Kardashian and Kanye West’s daughter North, nine, channels her parents as she rocks a full leather face mask in Paris

North West channeled her famous parents Kim Kardashian and Kanye West on Saturday, donning a full leather face mask as she returned to her hotel in Paris.

The nine-year-old is in the City of Lights with her mother, 41, who has been attending Fashion Week.

The fourth grader, who celebrated her birthday in June, kept the rest of her look low-key, wearing an oversized black T-shirt, black and white print pants and thick soled Crocs.