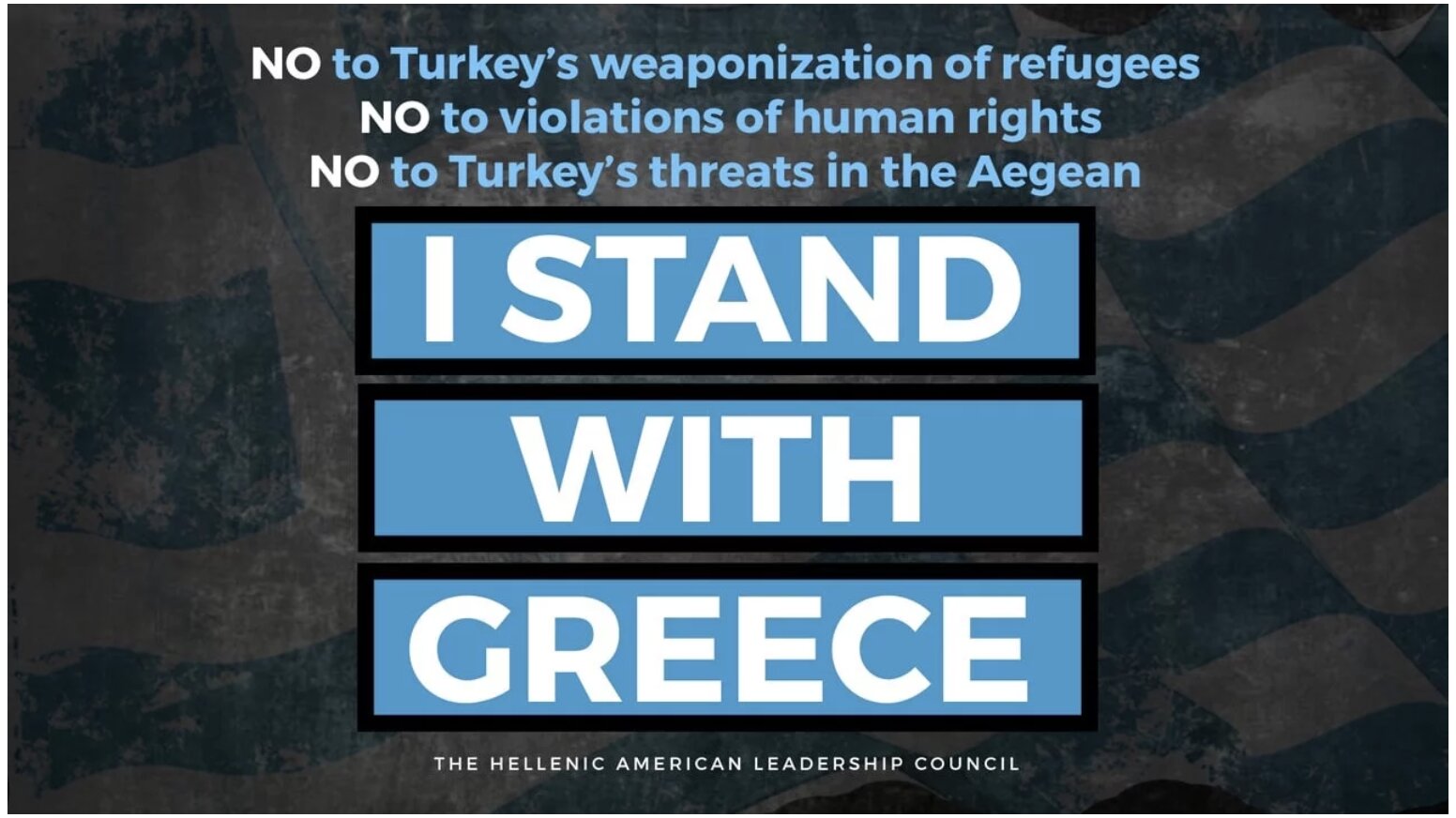 The Hellenic American Leadership Council has created a campaign to rally support for the current crisis happening at the Greek and Turkish border.

The #IStandWithGreece campaign aims to gain the attention of the US State Department and Secretary of State Mike Pompeo, to seek more solidarity from the United States during this difficult time.

It’s time that the United States stands up with its NATO ally Greece to defend Greece’s sovereign borders both land and sea. Our borders have been put under attack by means of Turkey’s provocative and illegal manipulation of the migration crisis – to put pressure on Greece and Europe at large. Its been reported that Turkey is deliberately pushing hundreds of thousands of refugees towards Europe.

We will not tolerate Turkey’s gross use of human suffering as a tool to destabilise the Mediterranean.  The Greek government, army, and police forces are doing everything in their power to protect our borders and rights. We thank them whole heartedly for their tireless and honourable work.

We need the support of the United States to send a message to Turkey that this illegal and violent use of power will never be tolerated.  Greece will continue to protect its borders and deny entry to all who are trying to enter into Greece illegally.

Join the thousands of Greeks all over America and the world who have already sent a message to Pompeo in regards to the United States support on solving this issue.

The message is already formulated, all you need to do is fill out your information and hit send!

Our voices are powerful and we must use them to defend our country and our rights.

Please follow the link here to send your message.

Facebook users are also encouraged to use this photo filter on their profile to show their support. Follow this link below to get the filter.