Greece Named Top Economic Performer for 2022 by the Economist 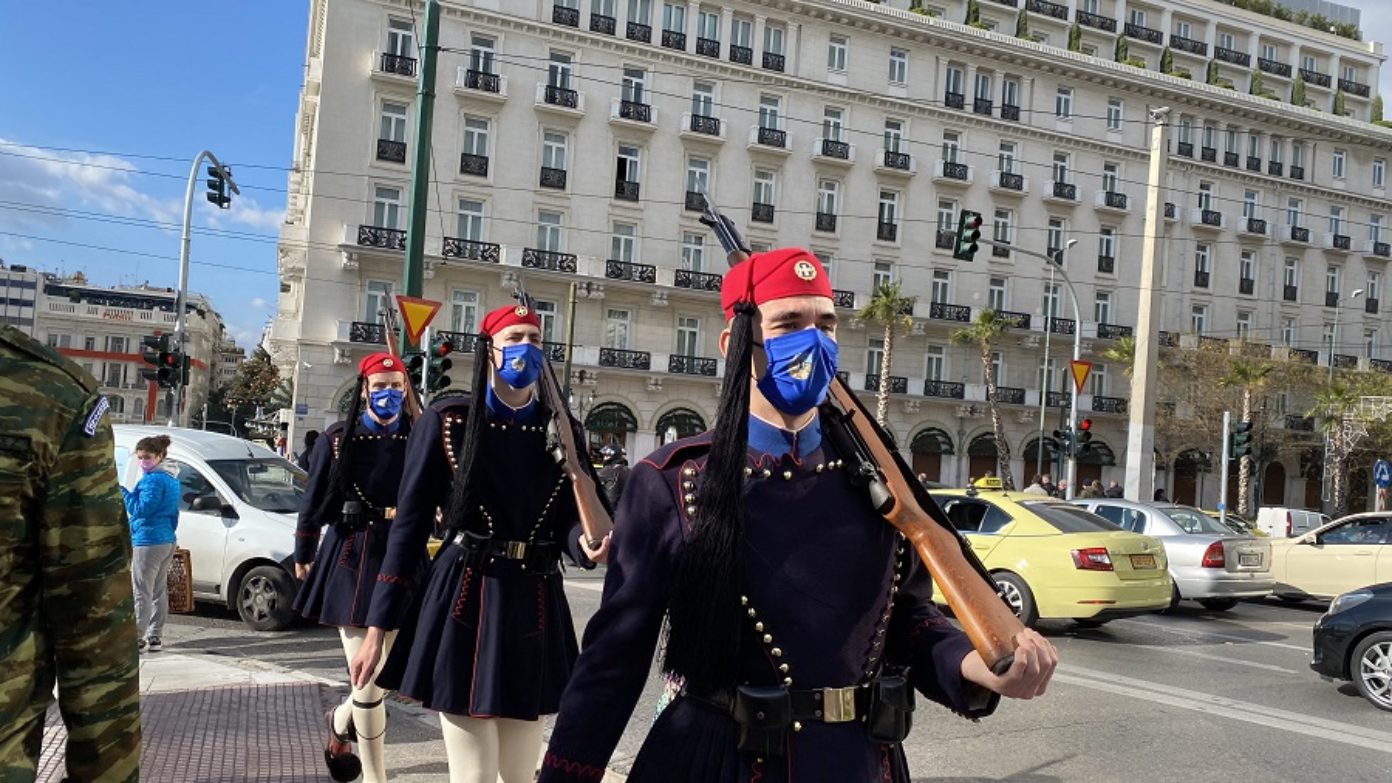 Greece Named Top Economic Performer for 2022 by the Economist

Greece was named this week the top economic performer for 2022 among selected OECD nations by the Economist magazine.

The Economist ranked Greece according to five key indicators in its analysis of 34 OECD countries. Greece fared the best in GDP, consumer prices, inflation breadth, share prices, and public net debt as a percentage of GDP.

Greece is followed by Spain, Japan, France, Italy, Britain, US, Germany, and Estonia.

“The Economist ranks Greece as the top 2022 performer among 34 countries, with high growth, narrow inflation breadth, plunging debt-to-GDP ratio and outperforming stock market. Very glad to see that our efforts and reforms are making a real impact. We look forward to 2023,” said Mitsotakis via his twitter account. 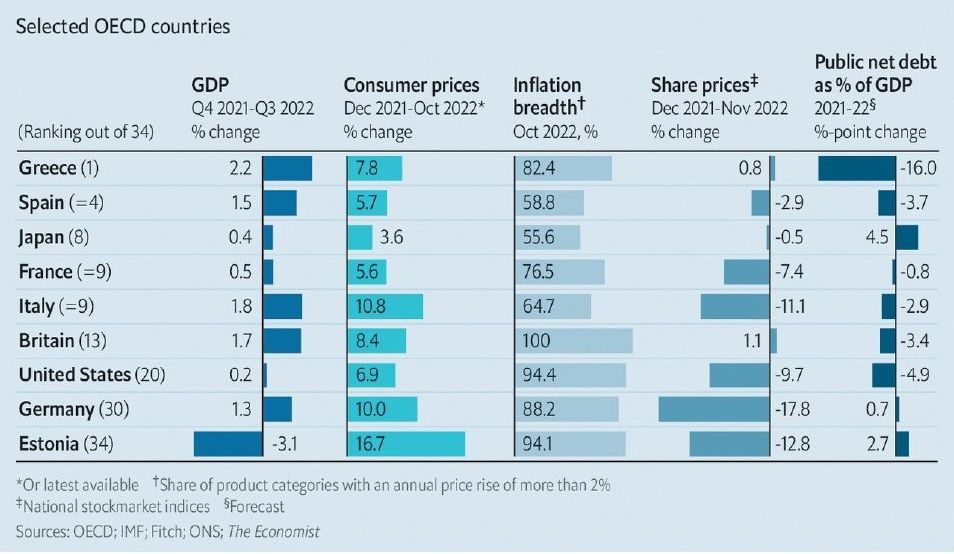 The Economist said that despite the challenges impacting world economies this year including inflation squeezing household incomes and stock markets plunging, Greece’s performance was a “pleasant surprise”.

“For the first time in a long time, the economic party is taking place in the Mediterranean,” said the paper referring to other Mediterranean economies such as those of Portugal, Spain and Italy doing well compared to traditional strongholds like Germany which performed poorly.

Share prices on the Athens Stock Exchange rose 0.8 percent in the 11 months of 2022. Greece reduced its net public debt by -16 percent as a percentage of GDP.

The Greek Parliament has approved the country’s first budget in thirteen years not to be drafted under the supervision of the country’s creditors.

The 2023 budget passed with a vote of 156-143 in the three-hundred-member Parliament on Saturday evening.

The ruling center-right New Democracy was the only party to vote for it. In a separate vote, the socialists, the third-largest party, joined the ruling party to approve the defense budget.

The budget calls for a primary surplus—excluding the servicing of the country’s debt—and forecasts that growth will slow to 1.8 percent in 2023 from 5.6 percent this year, as the economy rebounded strongly from a recession caused by the coronavirus pandemic.

Inflation is expected to average five percent in 2023 from 9.7 percent this year.

The inflation rate in Greece in October fell to 9.5 percent, below the EU average, which hit a record high of 10.6 percent.

The rate in Greece had risen to 12 percent in September, up from 11.4 percent in August and 11.6 percent in July.