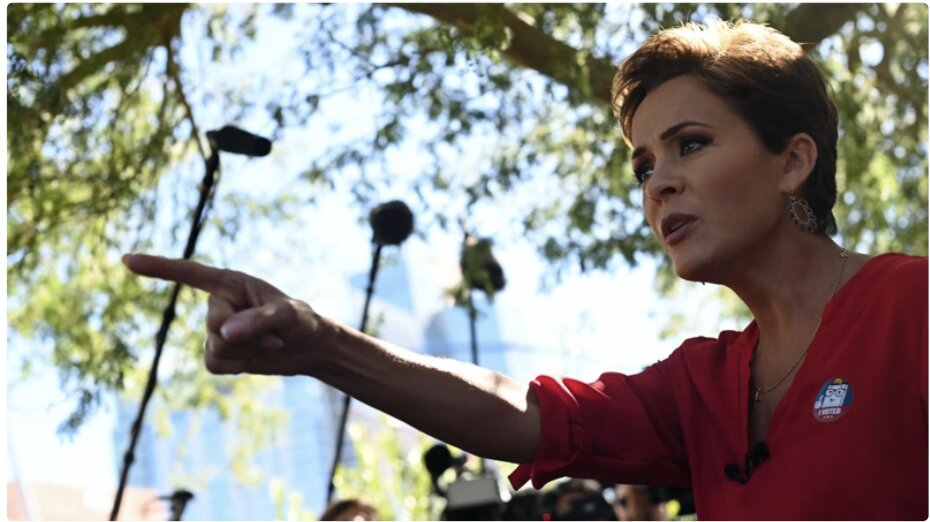 The lawsuit alleges that the number of illegal votes cast in the election “far exceeds the 17,117 vote margin” between Lake and Hobbs.

“Witnesses who were present…show hundreds of thousands of illegal ballots infected the election in Maricopa County,” the lawsuit claims.

The lawsuit also alleges that “tens of thousands of mail-in and drop box ballots” did not satisfy signature requirements.

Additionally, the complaint highlighted the fact that 132 of the county’s 223 vote centers, 59%, were affected by failing tabulation machines, far more than the 70 acknowledged by county officials.

The lawsuit alleged that between 15,603 and 29,257 Republicans were disenfranchised who would have voted for Lake, according to a calculation performed by data analyst Richard Baris of Big Data Poll who surveyed voters about whether they experienced problems on Election Day. Due to the extremely high numbers of Republicans voting in person on election day, those votes were expected to fall 70 percent to Lake, 30 percent to Hobbs.

The complaint stated that 132 of the county’s 223 vote centers, or 59 percent, were affected, far more than the 70 acknowledged by county officials. It went over county election officials minimizing the problem, refusing to acknowledge the full extent of it, such as the long lines or how long it continued into the day, and provided affidavits from voters regarding how long they waited in line. It cited testimony regarding numerous voters who left without voting. The lawsuit also cited commingling the misread ballots, known as “Door 3” ballots, with tabulated ballots.

Cyber expert Clay Parikh also stated “that due to the lack of certification of some of the voting systems, the numerous procedural violations, the widespread failure of the tabulation process, the failure to provide proper instructions to handle the problem after it started, and the incorrect explanations given to the public, the election failures ‘can only be described as intentional,’” the Arizona-Sun Times reported.

The lawsuit also cited free speech violations by Hobbs’ office, who is Arizona’s Secretary of State, and other officials by getting Twitter to censor election information, as revealed by Elon Musk’s Twitter Files.

“We have put forward evidence that unquestionably shows that this election was stolen with illegal votes and likely fraudulent votes,” Kurt Olsen, one of the attorneys who filed the lawsuit, told The Gateway Pundit.

Lake called for a forensic audit of the printer-tabulator problems, an inspection of ballots and voter registration records – including signatures – disqualification of illegal votes, and redoing the election.

This comes several days after Hobbs certified the election.