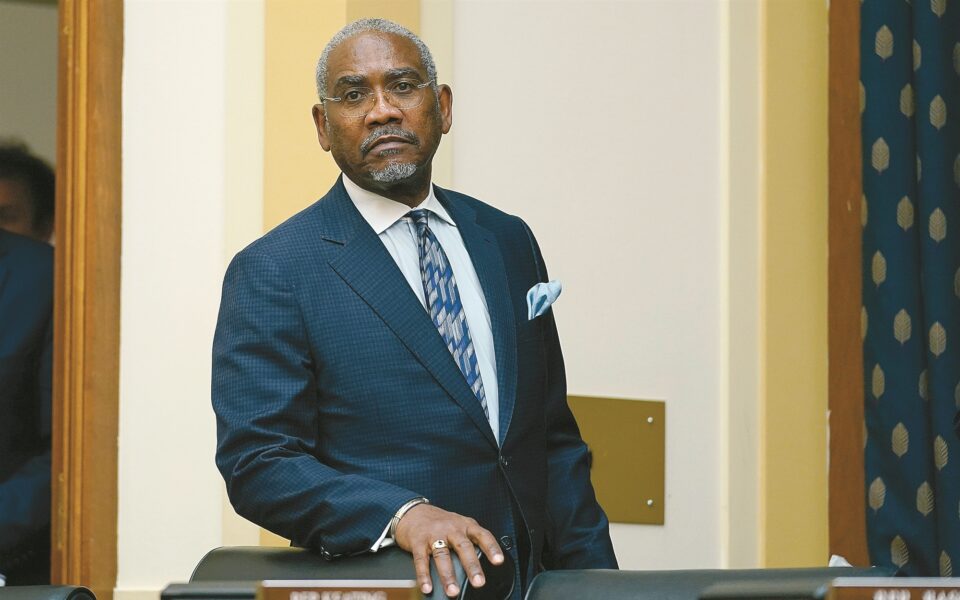 The strategic importance of the northeastern Greek port of Alexandroupoli, both on the military level and in terms of energy, is underscored in this interview with Kathimerini by the chairman of the House Foreign Affairs Committee, Gregory Meeks, who describes relations between Washington and Athens as “incredibly deep, strong and bipartisan.”

He also expresses the opinion that these ties will not be affected by the midterm elections in the United States on November 8 for Congress, nor by the national elections that are expected to take place in Greece in the spring.

After all, in the relevant committees of both bodies of Congress, the Republican heads hold an equally skeptical view of Turkey and of President Recep Tayyip Erdogan’s unpredictable behavior to their Democratic colleagues, while the opinion of the leaders of the majority (Meeks in the House of Representatives and Bob Menendez in the Senate) is just as important in the decision-making process as that of the minority.

Regarding the prospects of the controversial sale of new F-16 jets to Turkey and upgrade kits for its existing ones, Meeks notes that Congress and the Foreign Affairs Committee he heads are examining the demands within the context of safeguarding regional stability, as well, of course, as of protecting the US national interest.

Asked to comment on continuing Turkish overflights over the islands of the Aegean, violations of Cyprus’ exclusive economic zone and Ankara’s increasingly aggressive rhetoric toward Greece, Meeks expresses concern for actions which, he says, unnecessarily escalate the climate of tensions between two valued NATO allies.

Last but not least, he believes that Russian President Vladimir Putin will be defeated in Ukraine, while he also expresses optimism about the performance of the Democratic Party, to which he belongs, in the upcoming midterm elections for Congress.

The port of Alexandroupoli is rapidly becoming a strategic hub, both in the military as well as in the energy fields. How do you view its contribution in the present crisis?

Yes, the port of Alexandroupoli is an incredibly strategic port in both military and energy aspects. Economically, the port handles levels of commercial activity which should not be underestimated when considering global supply chain issues. On the energy front, as Europe is looking to wean itself off of Russian energy sources, the port is proving to be crucial. Militarily speaking, additional access for the US and NATO allies in the Mediterranean affords greater security and stability in the region. These benefits of the port are interrelated.

Lately, the Turkish leadership has been accusing the US of not being objective regarding Greece and Turkey. How do you respond?

US foreign policy is based on our values, and in defense of national security for both the United States and all of our allies.

Will the midterm elections impact Washington’s relationship with Athens and its broader approach to the region?

No. Thankfully, the strong ties and relationships between Washington and Athens are incredibly deep, strong and bipartisan. We are seeing it strengthen under this administration and I don’t believe the midterm elections will change that trajectory.

In a similar fashion, do you feel the Greek national elections, slated for next spring, will change anything in the bilateral cooperation?

My goal is to bring the relationship between these allies above politics and we have been successful in doing so. No, the partnership will remain airtight.

How does Congress assess the maritime and energy deals between Turkey and Tripoli’s government in Libya?

The committee continues to monitor the situation closely.

Will the transfer of new F-16s and upgrade kits for older ones to Ankara go forward? And if so, will there be conditions attached? There is an amendment in the House by Congressman Chris Pappas.

Congress and my committee have and continue to review all arms cases with a fulsome view towards human rights, regional stability, and US national interests.

How does the US Senate view President Erdogan and his actions with respect to Greece (overflights, aggressive rhetoric) and Cyprus (violations of EEZ)?

The House and my committee continue to monitor the situation and are concerned about any actions that unnecessarily escalate tensions between two important NATO allies.

How do you see the situation in Ukraine developing. Any possibility of an end to the war?

Thankfully, the Ukrainians have been extremely brave and successful in the defense of their homeland, despite the heinous brutality brought upon them by Moscow. Putin underestimated their resilience, overestimated Russia’s abilities, and unwillingly rallied democracies and freedom-loving peoples against his brutal war. He will lose.

Finally, let me turn to domestic politics and ask for your assessment regarding the House and the Senate in the midterm elections.

It’s up to the voters now, but in my estimation, Democrats have proven that our leadership can deliver real results, and they will elect us to continue the important of work of improving our economy, and leading on the world stage.

The FBI is investing millions in social media surveillance software