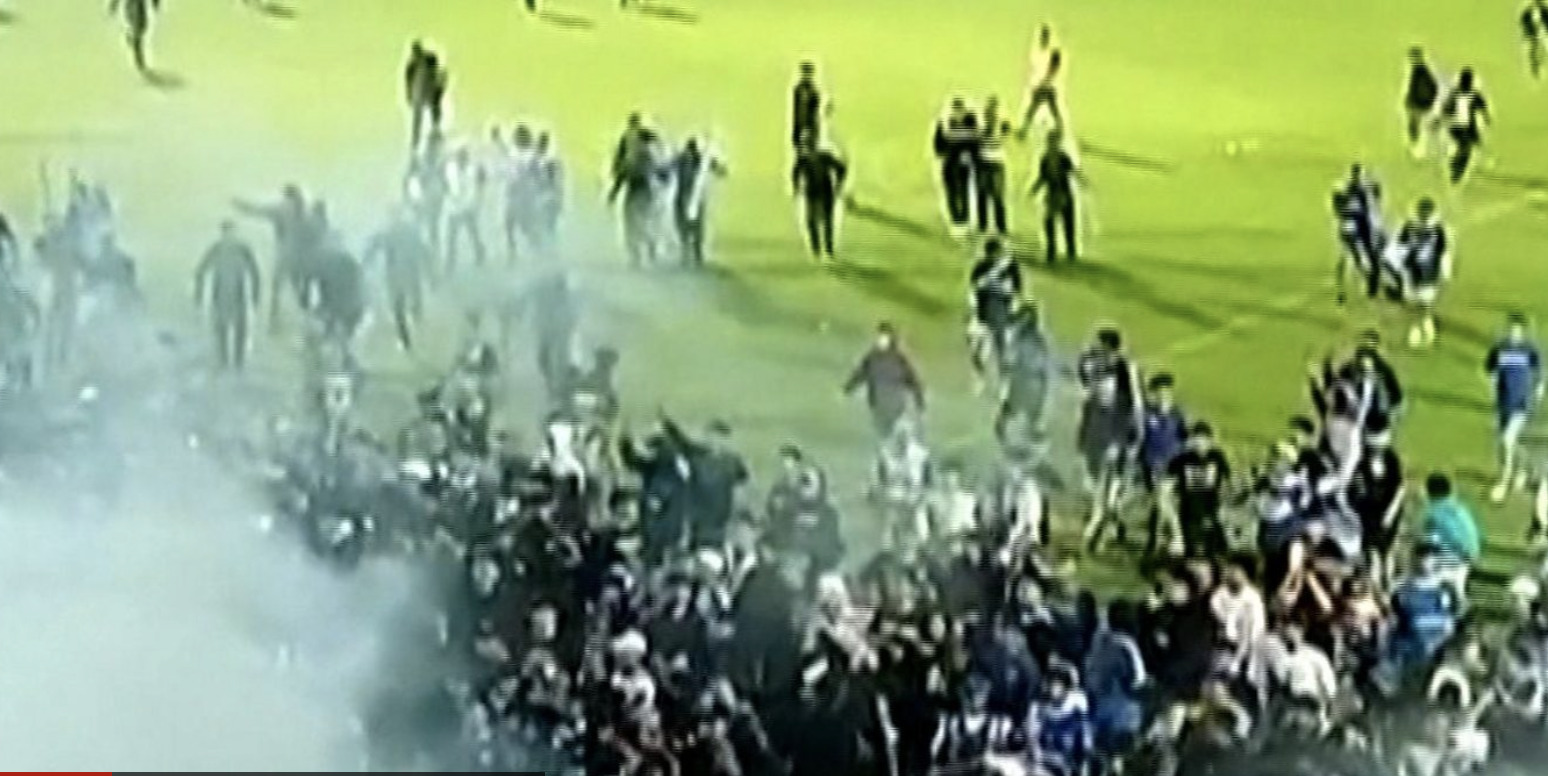 Supporters who invaded the pitch are tear-gassed by police, leading to one of the world’s worst stadium disasters.

At least 125 people have died in a crush at an Indonesian football match that has become one of the world’s worst stadium disasters.

Hundreds were also hurt in aftermath of home team Arema FC’s loss to bitter rivals at the overcrowded stadium late on Saturday in Malang, East Java.

The crush took place after police tear-gassed fans who invaded the pitch.

As panic spread, thousands surged towards Kanjuruhan stadium’s exits, where many suffocated.

Fifa, the world’s governing football body, states that no “crowd control gas” should be carried or used by stewards or police at matches.

The organisation’s president Gianni Infantino said it was “a dark day for all involved in football and a tragedy beyond comprehension”.

One eyewitness told the BBC that police had fired numerous tear gas rounds “continuously and fast” after the situation with fans became “tense”.

Next to one exit gate a hole smashed through the wall testifies to the desperation to escape the crush that developed.