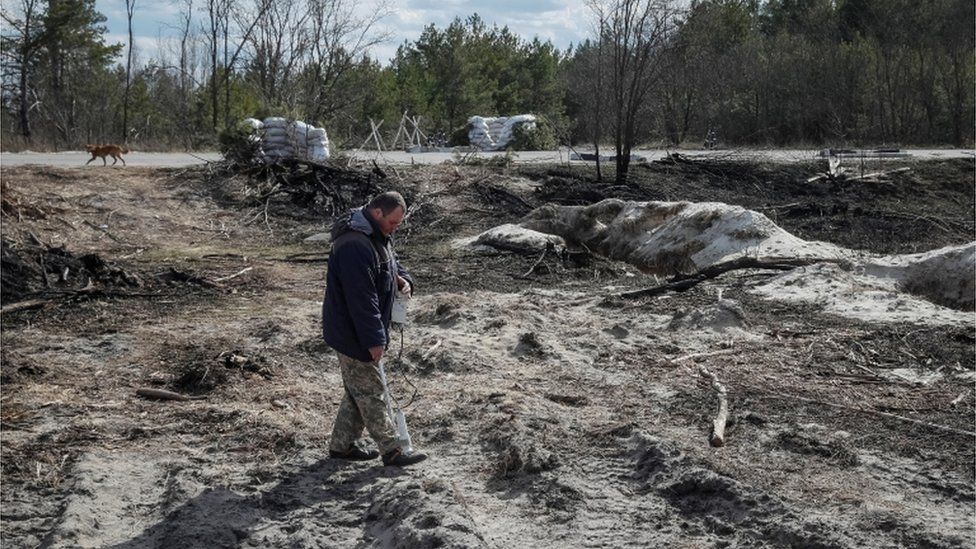 Staff at the former nuclear plant tell the BBC they were forced to negotiate when Russian forces took over.

The former nuclear power plant at Chernobyl in northern Ukraine was taken over by Russian forces on the first day of the invasion. It’s now back under Ukraine’s control. The BBC’s Yogita Limaye is among the first journalists to look inside it since the Russians left.

On the afternoon of 24 February, Russian forces surrounded Chernobyl with tanks and armoured vehicles, entering Ukraine from the Belarusian border, just about 16km (10 miles) away.

About 170 Ukrainian national guards who secured the plant were taken to the basement and held captive there. Then Russian soldiers searched the premises for weapons and explosives.

Engineers, supervisors and other technical staff were allowed to continue working. In the next two days, teams from Russia’s atomic energy agency Rosatom were brought in.

Chernobyl’s staff were keen to keep control of the plant’s maintenance. It’s not a working power station, but radioactive waste is stored at the site of the world’s worst nuclear disaster. Billions of dollars have been spent since the accident in 1986 to clean up and contain further contamination. If conditions at the site are not monitored properly, there is a major risk of the release of nuclear material.

“They wanted to know how the facility was managed. They wanted information about all the procedures, documents and operations. I was scared because the questioning was constant, and sometimes forceful,” said Oleksandr Lobada, a radiation safety supervisor at the station.