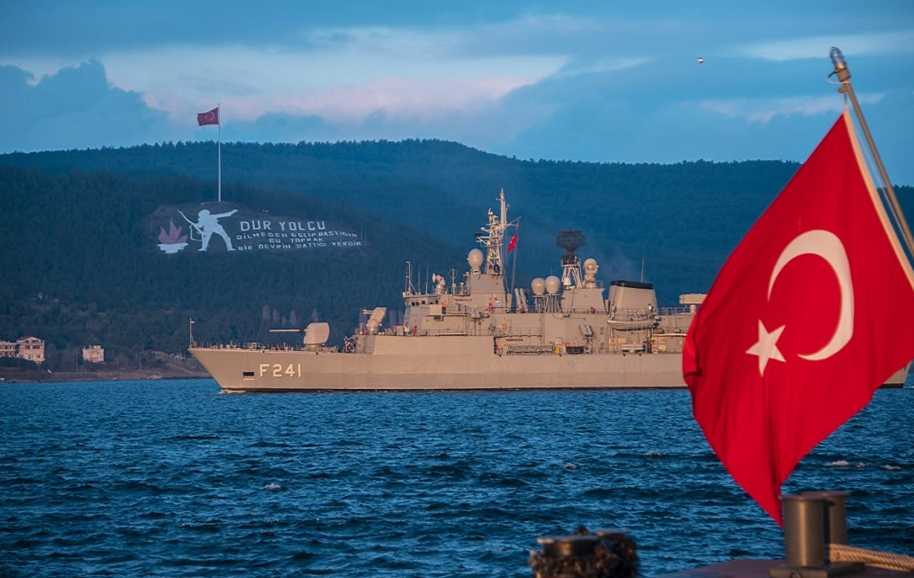 [ Editor’s Note: Turkey may have crossed a red line with its bold announcement of live shooting drills, with Brussels and NATO lining up behind Turkey and Cyprus. That is not only checkmating Turkey’s military edge on its two neighbors, it could bring on EU sanctions, which could be a political boomerang for Erdogan.

We have been here before, in October of 2019, “EU governments threatened sanctions against Turkey on Friday over its offensive in Syria, angrily rejecting President Tayyip Erdogan’s warning that he would ‘open the gates’ and send 3.6 million refugees to Europe if they did not back him.” ….Reuters. But Erdo earned some major bad will with that move.

“We will never accept that refugees are weaponized and used to blackmail us,” European Council President Donald Tusk, who chairs EU summits, said on Twitter. “President Erdogan’s threats … are totally out of place.” …Reuters.

That event was pre-Covid, which changed everything for all sides, with economic woes enough for all. But the EU is holding a major trump card on Turkey…sanctions on Turkish shipping and an arms embargo. Ouch!! That would be felt quickly.

France’s Macron is putting the French fleet in play, with the political and sanctions muscle handled by the EU’s Josep Borrel. There will be no trial, as the EU has already called Turkey’s grab illegal… Jim W. Dean ]

The development comes as Ankara is engaged in a bitter territorial dispute with Greece and Cyprus. The European Union has threatened to slap sanctions on Turkey if it continues with what Brussels has called “illegal drilling”.

Turkey has announced shooting drills in the eastern Mediterranean that will last from 29 August until 11 September. Ankara informed about its decision via NAVTEX, an international maritime communication channel used to send navigational warnings, search and rescue notices, and meteorological forecasts.

Turkey is now conducting exploration activities in the eastern Mediterranean, a move that has further exacerbated tensions with its neighbours – Greece and Cyprus – and prompted concern in the European Union.

An informal summit of the bloc’s foreign ministers was held in Berlin on 28 August, where participants agreed to speed up the imposition of sanctions on Turkey. The foreign ministers said the European Union will impose the punitive measures on 24 September if talks on the territorial dispute with Ankara fail.

French President Emmanuel Macron said Turkey hasn’t been behaving like a NATO ally and noted that there is “growing frustration in the face of Turkey’s behaviour”. Macron also announced that the European Union will adopt a tough stance towards Ankara.

“When it comes to Mediterranean sovereignty, I have to be consistent in deeds and words. I can tell you that the Turks only consider and respect that”, said Macron.

Turkey previously claimed that its drilling operations in the eastern Mediterranean are being carried out on its continental shelf and hence are in line with international law. Greece and Cyprus claim that Turkey has crossed into their exclusive economic zones and those of the European Union, as both countries are members of the bloc.

Tensions have risen between Turkey and Greece in recent weeks after Ankara sent its survey ship the Oruc Reis into an area that Athens claims is part of its continental shelf. Both countries mobilized their navies, with Athens saying it would stand up for its sovereignty by all available means.

Greece also launched naval drills this week in the area where Turkey is prospecting for oil and gas. Later France, Cyprus, and Italy said they would join Athens.