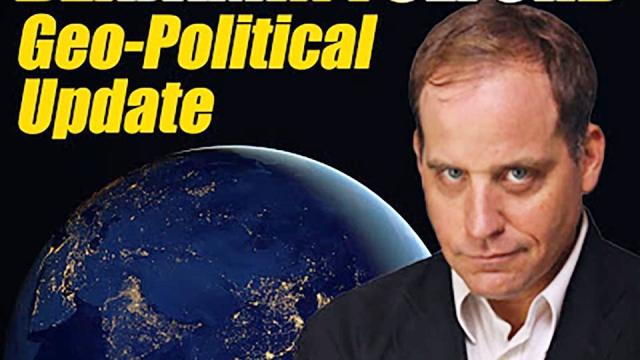 Make no mistake about it, Satan-worshipping Khazarian gangsters are trying to kill you and your family.  That is why a campaign to systematically hunt down and kill all the Covid-19, fear-mongering, fascist Western leaders has begun, multiple sources say.

“The entire Covid-19 fiasco is part of the UN agenda 2030, which includes many things but most importantly the digital currency and RFID implants to interface between government and private industry surveillance of global populations,”  MI6 sources say.

Now David Beasley, Executive Director of the UN World Food Program (WFP) is saying that because of Covid-19 the world is facing “a famine of biblical proportions.” https://www.rt.com/news/498719-global-famine-covid-un/

Given that Covid-19 is an entirely man-made fake “natural pandemic” psyop crisis with a patented, laboratory “gain of function” bioweapon as its disease… the entire plot is equivalent to crimes against humanity for causing premeditated deaths, suffering, and economic hardship, in combination with the suppression of preventive medications and natural treatments.  Therefore, killing these people is a legitimate act of self-defense and not a crime.

“Covid-19 is very clearly a eugenics program at work and a crime against humanity.  The ‘state’ has clearly gone rogue and turned against the people.  When that happens it becomes a military matter and we move because we have a mandate.”

U.S. President Donald Trump, for his part, took a major shot at the pharmacidical companies last week as can be seen in the following tweet:

“A ‘Favored Nations Clause’ against Big Pharma, which I signed last week, means that the USA gets a price on Prescription Drugs that matches the price of the Country that pays the lowest price anywhere in the World.  50%, 60%, maybe 70% reduction.”

This is just a first shot.  MI6 sources promise:

The Pentagon is also on the case, especially vis-a-vis the rogue Khazarian mob state of Israel (see further down the report for details).

For me, as it is for many of us, this is personal.  In my case, the latest attack came from a man called Yoichiro Ikeuchi, whose picture and contact information can be seen here: https://www.fanterview.net/interview/933/

This summer, while I was in Canada, he tried to kill a Japanese woman who has been helping me post Japanese language videos.  Ikeuchi had access to private information about her that she never made public.  He told her that two of my former girlfriends had been killed.  In specific he mentioned Lisa Tohama, who worked with me for 12 years before dying of cancer at the age of 39.  Tohama was poisoned by a genetically engineered Epstein Barr virus.

The man who bragged to an associate of killing her, Tenzan Nakai, has fled to a remote island in the Okinawa archipelago, according to Japanese underworld sources.  https://ameblo.jp/hidy0701/entry-11148703068.html

We are not aware of any other female associates being killed but another former girlfriend, who turned out to be a North Korean operative sent to spy on me, has also vanished.  She may have also been killed.  In any case, my assistant says she suffered an electromagnetic attack of some sort and only survived by fleeing the scene.  Ikeuchi failed to respond to multiple attempts to contact him.

Needless to say, Japanese police and other official authorities have done nothing about cases like these even when presented with strong, actionable evidence.  Personal grudges aside, strong action is needed because the Western world is facing civilizational collapse, especially in the United States.

Take a look at these photos of San Francisco’s deserted financial district to confirm the U.S. is in the middle of a Soviet Union style collapse.  https://www.zerohedge.com/personal-finance/haunting-photos-san-franciscos-desolate-financial-district-during-morning-rush

The societal collapse also means many police forces in the U.S. have degenerated into uniformed criminals.  https://www.wnd.com/2020/08/girlfriend-accused-selling-pot-government-takes-boyfriends-jeep/

The Canadian government used to warn its citizens not to carry cash to the U.S. because police would steal it.  Now it is telling Canadians not to go to the U.S. at all.

NSA sources are also saying there is a strong danger of major terrorist incidents over the next 90 days inside the U.S. and elsewhere.  https://www.zerohedge.com/geopolitical/florida-airport-evacuated-after-huge-live-missile-found-accidentally-shipped-amazon

Fortunately, there are growing signs of some sort of mind-blowing military move against the cabal, possibly as early as September, multiple sources agree.

Of particular interest is a total blackout of satellites over…