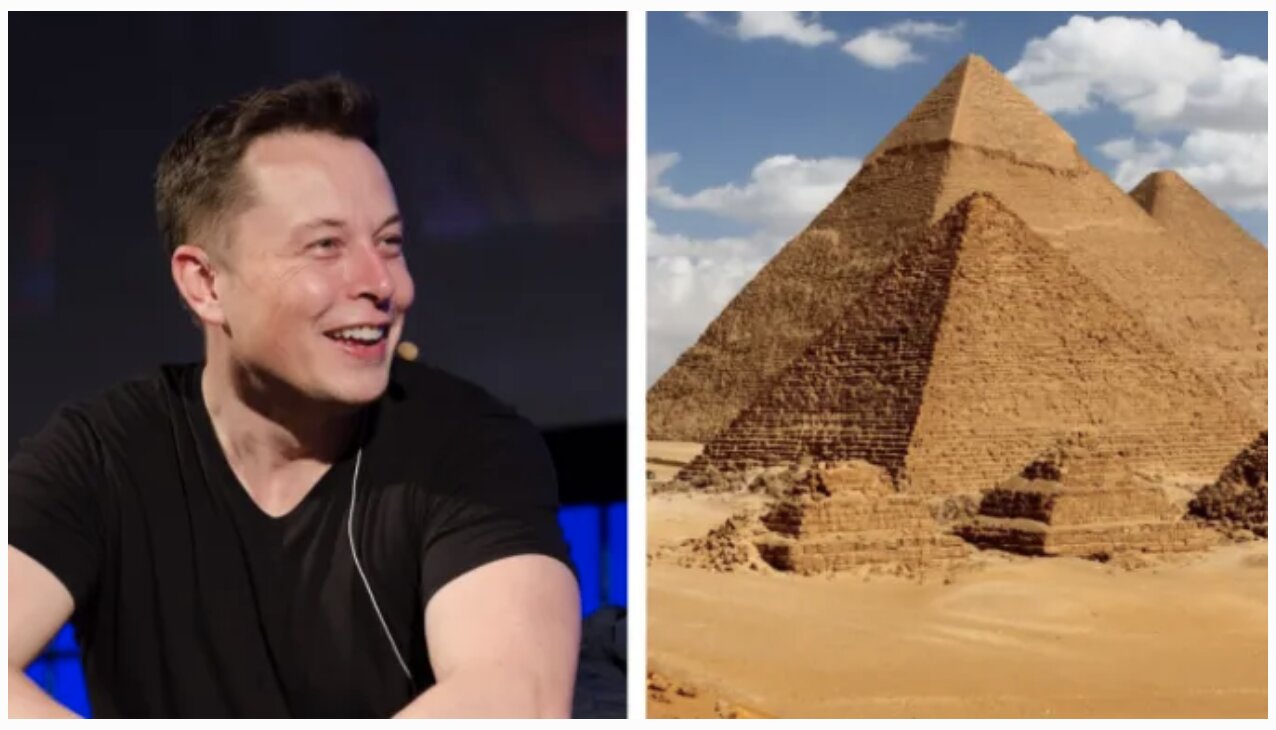 Egyptian experts have hit back at Elon Musk after he tweeted about a ‘conspiracy theory’ that aliens built the pyramids.

His tweet was liked by more than 500,000 people and retweeted more than 84,000 times by many who appeared to support conspiracy theorists who believe aliens were involved in the colossal construction effort.

However, Egypt’s international co-operation minister does not want them taking any of the credit.

MSN reports: Scientists are still unsure how the Egyptian pyramids were constructed before modern technology, given that the millions of stones used would be hard to move without cranes.

This has helped to fuel the unproven conspiracy theory that aliens had a hand in their construction.

But experts say there is plenty of evidence the pyramids were built by human hands, even if it is not clear how.

Egypt’s minister of international co-operation, Rania al Mashat, has invited Musk to visit the tombs of the pyramid builders to see for himself.

“I follow your work with a lot of admiration. I invite you and Space X to explore the writings about how the pyramids were built and also to check out the tombs of the pyramid builders,” she said.

“Mr Musk, we are waiting for you.”

The billionaire tech mogul’s remark was also refuted by Egyptologist Zahi Hawass, who dismissed the claim as “complete hallucination”.

Mr Musk later appeared to acknowledge that the pyramids may not have been built by aliens, when he tweeted: “The Great Pyramid was the tallest structure made by humans for 3,800 years. Three thousand, eight hundred years.”

He then posted a link to an article about the pyramid builders.