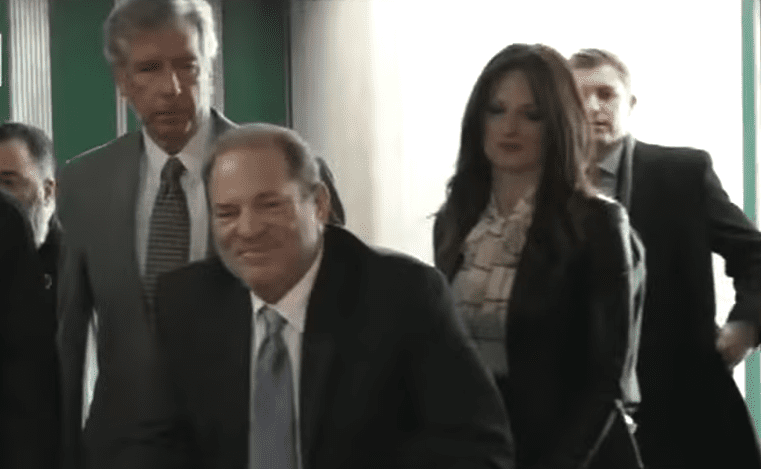 Harvey Weinstein, who is 67 years old, faced a possible maximum amount of 29 years.

He was sentenced to 23 years in prison in his New York sexual assault trial.

Weinstein was convicted last month on two of five counts of sexual misconduct.

He was found guilty of a criminal sexual act and third-degree rape.

However, he was acquitted on the most serious charges against him.

Weinstein spoke ahead of his sentencing in order to express “deep remorse.”

“I think men are confused about all of this … this feeling of thousands of men and women who are losing due process,” he added.

“This is not the right atmosphere in the United States of America.”

Manhattan District Attorney Cy Vance responded to the sentencing, “We thank the court for imposing a sentence that puts sexual predators and abusive partners in all segments of society on notice.”

More from The Hill:

Donna Rotunno, Weinstein’s attorney, said after the sentencing that she was “overcome with anger” at the term handed down.

“Mr. Weinstein never really had a fair shake from day one,” Rotunno told reporters, saying his defense team planned to file an appeal.

The former film mogul’s high-profile trial had been the subject of intense media coverage.

Jurors heard emotional testimony, including from actress Annabella Sciorra, who told the court that Weinstein raped her after shoving his way into her Manhattan apartment.

“Weinstein is a vicious, serial sexual predator who used his power to threaten, rape, assault, trick, humiliate and silence his victims,” Vance had said in remarks following the verdict.

More than 80 women — including actresses Eva Green, Lupita Nyong’o and Uma Thurman — have accused Weinstein of sexual misconduct, ranging from harassment to rape.

Weinstein had maintained his innocence, saying all the encounters were consensual.