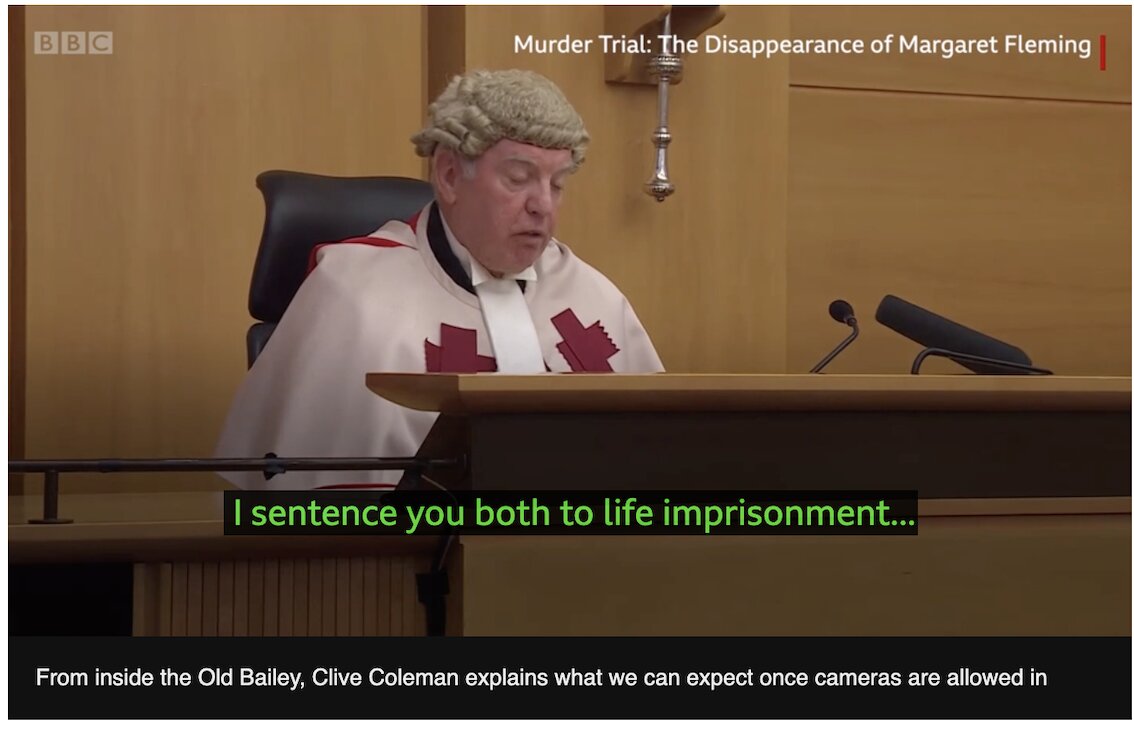 TV cameras are to be allowed to film in Crown Courts in England and Wales for the first time.

New legislation being laid before Parliament will allow judges’ sentencing remarks in serious high-profile criminal cases to be seen and heard by TV and online audiences.

However, trials will not be televised as they are in countries such as the US as only the judge will be filmed.

The judiciary, broadcasters and government have welcomed the move.

The legislation will, for the first time, allow TV cameras to film judges passing sentence in murder, sexual offences, terrorism and other serious high-profile criminal cases in Crown Courts in England and Wales, including the Old Bailey.

It marks a radical change and a significant extension to the operation of open justice though whole trials will not be televised.

In the US, cases including the 1995 trial of OJ Simpson for the murder of his ex-wife Nicole Brown Simpson and her friend Ron Goldman made gripping television but faced criticism for providing an unedifying spectacle at times.

In England and Wales, the concern has always been that televising trials could deter victims, witnesses and jurors – the vital cogs in the trial process – from taking part.

So, the judge alone will be seen on camera as he or she delivers their sentencing remarks. No-one else involved in the trial – victims, witnesses, jurors, lawyers or the convicted defendant – will be filmed.

The filming can be “live”, with a short time delay to avoid breaking any reporting restrictions or any other error.

More often it is envisaged that the judge’s sentencing remarks will be filmed for use in later news broadcasts.

All Crown Court staff who will be involved in the cases where filming takes place will receive training and new guidance.

The full sentencing remarks of any case broadcast will also be hosted on a website to which the public has access.

The legislation should take around three months to make its way through Parliament, meaning the first broadcasts should take place in late spring or early summer.

The Lord Chief Justice, Lord Burnett, said: “It is important that the justice system and what happens in our courts is as transparent as possible.

“My hope is that there will be regular broadcasting of the remarks in high profile cases, and that will improve public understanding.”

But not everyone has welcomed the move. Bar Council chairman Amanda Pinto said: “If the public see judge’s faces in the living room on television and are able to identify them more readily then unfortunately they are more likely to be personally attacked, and possibly details published about them which should not be.’

A century of criminalisation

Since 1925 it has been a criminal offence to film, or even sketch in court – so court artists must go outside and draw those involved in the trial from memory.

Filming has been allowed in the UK Supreme Court since its creation in 2009, and in 2013 cameras were allowed in the Court of Appeal but cases in these courts are appeals, and confined to lawyers’ arguments and judges’ rulings.

Today’s announcement marks the first time cameras will be permitted in Crown Courts in England and Wales where serious crimes are tried.

Filming in the Scottish Courts has been allowed subject to permissions and conditions since 1992 but it doesn’t happen that often and the first filming of a sentencing in Scotland was in 2012.

Commenting on the law change, Justice Secretary Robert Buckland said: “This government, alongside the judiciary, is committed to improving public understanding of our justice system and allowing cameras into the Crown Court will do just that.

“It will ensure our courts remain open and transparent and allow people to see justice being delivered to the most serious of offenders.”