ATHENS, July 20 (Reuters) – A wildfire in mountains near Athens that forced hundreds of people to flee and damaged property has been brought under control, Greek authorities said as they battled new blazes inwhat they called one of the toughest Mediterranean summers.

The wildfire broke out on Tuesday some 27 km (16 miles) north of the capital and, fanned by gale-force winds, spread quickly to nearby urban districts – including Penteli and Anthousa – with a total population of about 90,000.

“Yesterday’s fire in the area of Penteli had all the features of a situation which was very hard tomanage,” Civil Protection Minister Christos Stylianides said in a televised statement on Wednesday.

“Now the fire has been brought under control.”

But with strong winds forecast to persist until Thursday, around 485 firefighters, 120 fire engines and almost 20 aircraft remained deployed to minimise the risk of flare-ups, Fire Service spokesman Yiannis Artopios said.

In the meantime, more fires raged near the city of Megara, some 40 km (25 miles) west of Athens, and on the island of Salamina, a 15-minute ferry trip from the capital.

Authorities have already ordered the evacuation of at least four settlements in those areas. 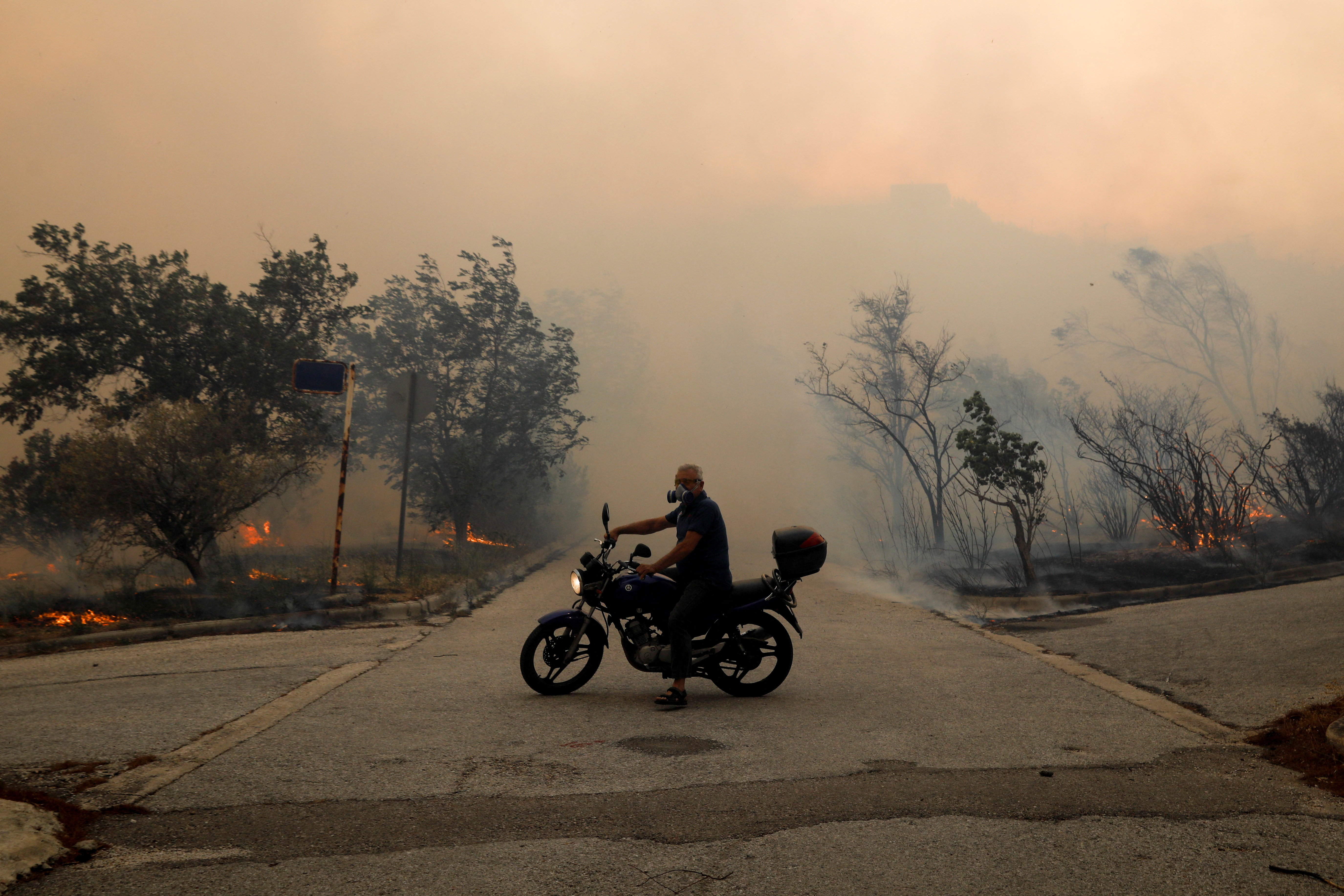 A resident on a motorbike observes a wildfire burning in Ntrafi, Athens, Greece, July 19, 2022. REUTERS/Costas Baltas 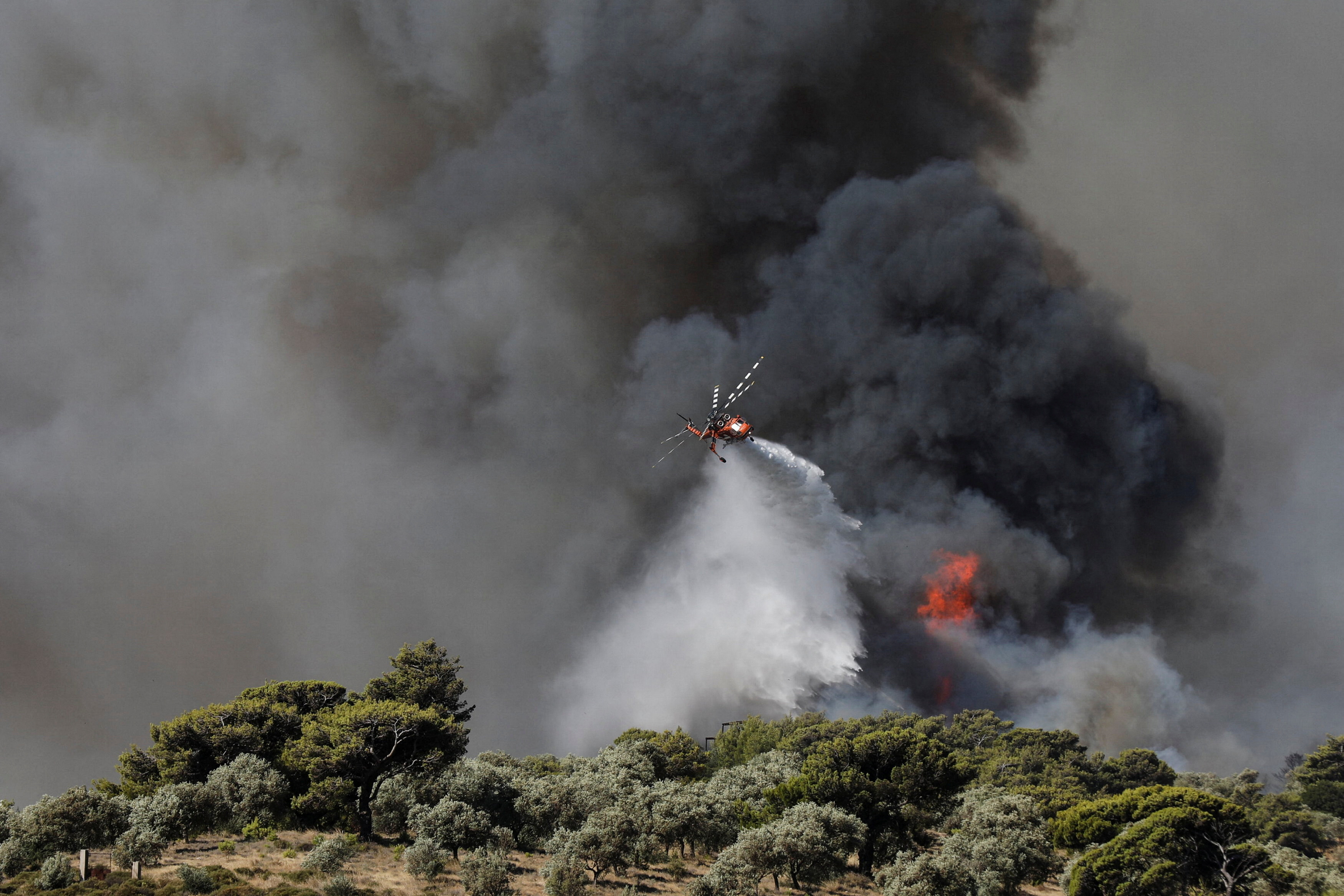 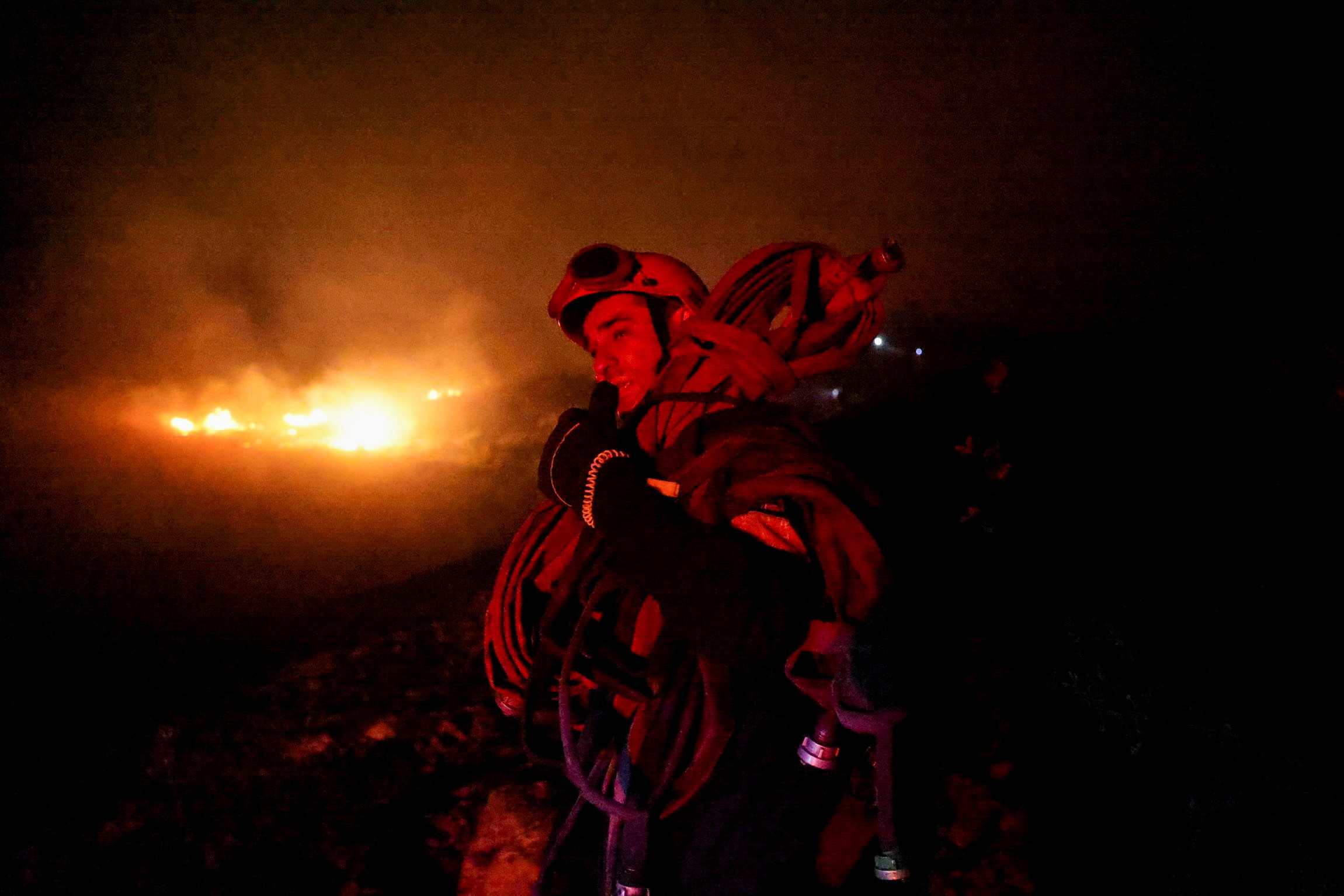 A firefighter works during a wildfire in Ntrafi, near Athens, Greece July 19, 2022. REUTERS/Giorgos Moutafis REFILE – QUALITY REPEAT TPX IMAGES OF THE DAY

Houses are engulfed in flames during a wildfire in Pallini, near Athens, Greece July 20, 2022. REUTERS/Costas Baltas

In Penteli, firefighters recovered the body of an 84-year old man who died from shotgun injuries, police said. A fire brigade spokesman said the injuries appeared to be self-inflicted but the incident was under investigation.

“There are a number of destroyed homes and businesses. We will have a clearer count tomorrow,” Thanasis Zoutsos, the mayor of Pallini on the outskirts of Athens, told state ERT TV.

Civil protection ordered the evacuation of at least nine districts and helped at least 600 people flee their homes.

Authorities have been investigating the cause of the fire. “Definitely, for Penteli, we cannot rule out the possibility of arson,” Prime Minister Kyriakos Mitsotakis said, following a visit to the country’s fire coordination centre.

Last year, wildfires ravaged about 300,000 acres (121,000 hectares) of forest and bushland in different areas of Greece as it experienced its worst heatwave in 30 years.

“We are at the heart of a tough summer, which seems to be one of the toughest we have had so far across the Mediterranean,” Stylianides said, cautioning Greek citizens against lighting a fire for any reason. MAFIOSO Mario Cuomo to step down as New York governor over sexual misconduct. He MURDERED thousands of elderly in NY hospitals!!!