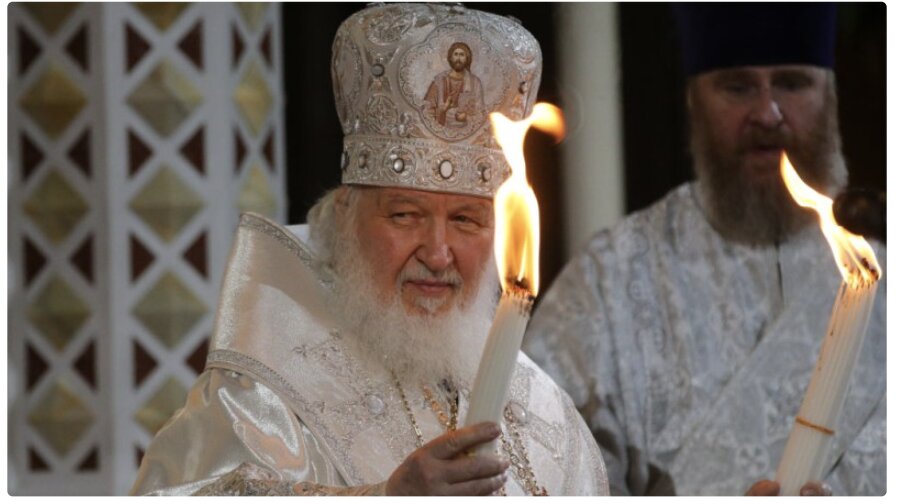 Patriarch Kirill blames “madmen” for believing Russia can be defeated.

The head of the Russian Orthodox Church has warned that any attempt to “destroy Russia” by “madmen” trying to impose their values will lead to “the end of the world.”

The comments were made by Patriarch Kirill after a religious service marking the Orthodox Christian holiday of Epiphany.

According to Patriarch Kirill, “madmen” are stupid enough to believe that Russia, which “has powerful weapons and is populated by extremely strong people,” can be defeated despite the fact that it has “never given in to an enemy and had always emerged victorious.”

The church leader also decried how such “madmen” were trying to “impose on them certain values that cannot even be called values, so that they would be like everyone else and obey those who have the power to control most of the world.”

“We pray to the Lord so that he enlightens those madmen and helps them understand that any desire to destroy Russia will mean the end of the world,” said Patriarch Kirill.

Former Russian president Dmitry Medvedev made similar remarks when he asserted that Russia had “never lost a major conflict on which their fate depended” and that the result of defeat in a conventional war would be the triggering of nuclear war.

Meanwhile, in a potentially massive new escalation, the New York Times reported that the United States is considering working with Ukraine to attack Crimea, emboldened by the belief that “fears that the Kremlin would retaliate using a tactical nuclear weapon have dimmed.”

In another Orwellian speech, NATO Secretary General Jens Stoltenberg told Davos globalists that military escalation is the only way to bring about the end of the war, remarking, “Weapons are the way to peace.”

Other world leaders are insisting that they are fully prepared to wage perpetual war in support of Ukraine.

Prime Minister of Finland tells Davos that her "only message" is that the Ukraine war must be supported for 15 years or longer if needed. This kind of "perpetual war" rhetoric used to be associated with John McCain-style war fever, now it's associated with the slayyyyyy Girl Boss pic.twitter.com/92w3A2n3Lh