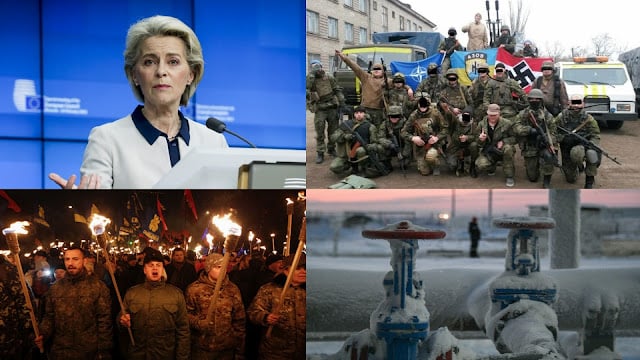 All Global Research articles can be read in 51 languages by activating the Translate Website button below the author’s name.

A huge flow of money is subtracted from our vital needs and is poured by the European Union into Ukraine, where it fuels war and corruption.

EU foreign ministers have allocated another 2 billion euros for military support to Ukraine. The “European Peace Fund”, which has been used to arm and train Kyiv’s army since 2021, is set to increase on an annual basis from the initial 400 million to over one billion euros. This adds more funds to the 30 billion euros that the EU spent from January to October to arm Ukraine.

Ukraine: An “Afghanistan” in the Heart of Europe

In addition to these expenses, the European Union has decided to give the Ukrainian government 19 billion euros in a loan form, knowing full well that they will never be repaid. In a summit that President Macron convened in Paris to provide Kyiv with further financial aid, the President of the European Commission Ursula Von der Leyen announced that “the international community has decided for next year to inject at least 1.5 billion euros financial aid per month into Ukraine”.

In a country already characterized by widespread corruption at all levels, it is practically impossible in the current chaotic situation to control the actual destination of this enormous flow of money and weapons. A large part certainly ends up in the hands of power groups, which makes it disappear in the clandestine circuits of tax havens. What guarantees the European Union can give on anti-corruption controls is demonstrated by Qatar gate. The vice president of the European Parliament Eva Kaili, a Greek socialist exponent belonging to the Socialists and Democrats Group (the Italian Democratic Party is a member of it), was arrested together with others (including 4 Italians) for corruption, money laundering and participation in a criminal organization on a mandate of the Belgian Justice.

This article was originally published on byoblu.

Manlio Dinucci, award winning author, geopolitical analyst and geographer, Pisa, Italy. He is a Research Associate of the Centre for Research on Globalization (CRG).