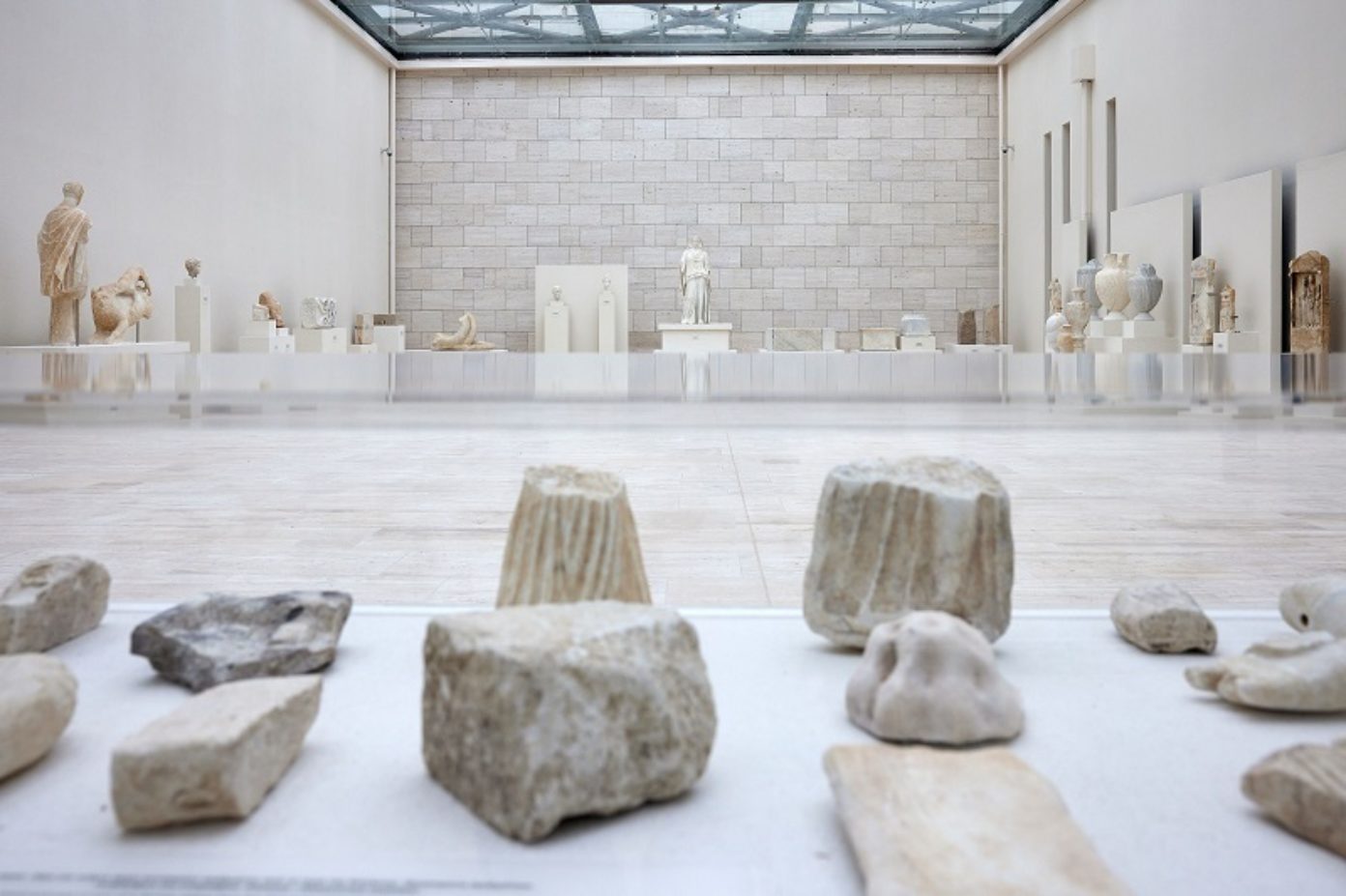 Greece opened the new museum of Aigai on Monday in the town of Vergina, which incorporates the entire archaeological site, the center of ancient Macedonian culture.

The new museum unites the Palace of Philip, the royal tombs cluster, and the Museum of the Royal Tombs.

It is designed as a conceptual gateway to the archaeological site and to the history of Aigai and of Macedonian culture, as well as of the Hellenistic World, as it will also serve as the site of the Digital Museum “Alexander the Great: from Aigai to the World.”

Prime Minister Kyriakos Mitsotakis noted that it was an “important contribution to the development of global cultural heritage” that transcended the borders of Greece.

“The New Museum embodies a new dynamic approach to its relationship with the archaeological site,” Mitsotakis said.

In addition to the introductory exhibition, “A Window into the world of Alexander the Great,” the new museum also hosts five additional exhibitions focusing on the architecture of the reconstructed section of the palace. These include a sculpture exhibition, the central exhibition, “Memories of Aigai,” the temporary exhibition, “Ecumenis Antidoron,” prepared in collaboration with the Numismatic Museum and collector Theodoros Aravanis, and the art exhibition, “Matter Memory,” of works by painter Christos Bokoros.

Aigai museum at the heart of the ancient Macedonian civilization

The most important remains at Aigai are the monumental palace and burial ground with more than three hundred tumuli, some of which date to the 11th century B.C.

This priceless archaeological site and the treasures discovered there were included on the list of UNESCO World Heritage Sites in 1996.

Greek archaeologist Manolis Andronikos brought to light the royal tombs in the Great Tumulus of Vergina (Megale Toumba) in 1977.

The most remarkable of these was the tomb of Philip II (359-336 B.C.). Its discovery is considered to be one of the most important archaeological events of the century.

Among the treasures of the tomb were the first complete paintings from the Hellenistic period, exquisite silver and gold ornaments and weapons, as well as a marble sarcophagus containing a gold casket with bones believed to be those of Philip.

The palace of Aigai, known today as Vergina, is considered not only the biggest but—along with the Parthenon—the most significant building of classical Greece.

Constructed during the reign of Philip II (359 – 336 BC) on a raised outcrop in Vergina in northern Greece, the palace, a remarkable landmark and symbol of power and beauty three times the size of the Parthenon, was visible from the whole Macedonian basin.