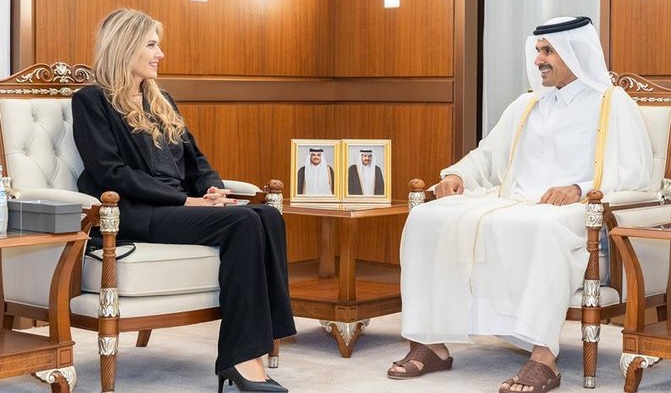 Qatar on Sunday (18 December) condemned a corruption investigation by Belgium and the suspension of the Gulf state’s access to the EU parliament, saying it could “negatively” impact ties and natural gas supplies.

A statement issued by a Qatari diplomat singled out Belgian authorities for criticism and insisted that “inaccurate” information had been used.

Eva Kaili, a Greek MEP, is one of four people charged after raids that uncovered at least 1.5 million euros in cash.

The money was suspected of being linked to a Gulf state, and the EU parliament last week called for Qatar’s access to the institution to be suspended.

The scandal has erupted as many European countries look to Qatar for liquefied natural gas supplies. It has also been a link in contacts with Afghanistan and brought thousands of European nationals out of the country when the Taliban took power.

“The decision to impose such a discriminatory restriction that limits dialogue and cooperation on Qatar before the legal process has ended, will negatively affect regional and global security cooperation, as well as ongoing discussions around global energy poverty and security,” said the diplomat.

“We firmly reject the allegations associating our government with misconduct,” the statement added.

“Qatar was not the only party named in the investigation, yet our country has been exclusively criticised and attacked.”

According to media reports, Moroccan interests also face scrutiny in the investigation.

“We have observed this week’s selective condemnation of our country with great alarm,” the statement said.

Belgian prosecutors said they had been investigating EU parliament corruption for more than a year before the raids and arrests of the past 10 days.

“It is deeply disappointing that the Belgian government made no effort to engage with our government to establish the facts once they became aware of the allegations,” said the diplomat.

The statement highlighted the “close” relationship with Belgium.

“Our nations cooperated during the Covid-19 pandemic and Qatar is an important supplier of LNG to Belgium,” it emphasised.

Kaili has been stripped of her duties as a European Parliament vice president. She and three other people have been charged with “criminal organisation, corruption and money laundering”.

The scandal has caused shockwaves in the EU parliament amid calls for a general clampdown on dealings with third-country lobbyists.

Qatar feels it has been unfairly singled out, with sentiment swayed by other accusations made against the wealthy Gulf state in its hosting of the World Cup.

“The decision to exclusively ban representatives from a single nation at the EU Parliament demonstrates that MEPs have been significantly misled,” said the statement.

“It is unfortunate that some acted on preconceived prejudices against Qatar and made their judgements based on the inaccurate information in the leaks rather than waiting for the investigation to conclude.”

Qatar has already had one diplomatic showdown with Germany in recent months. Doha summoned the German ambassador after the interior minister cast doubt on whether Qatar should host the World Cup because of its treatment of foreign workers.

“Qatar has strong and longstanding ties with many countries in the European Union, and we extend our gratitude to those who have demonstrated their commitment to these relationships during this current wave of attacks against our country,” said the diplomat.