‘The CIA Was Involved in the Assassination of President Kennedy,’ Top Source Tells Tucker Carlson 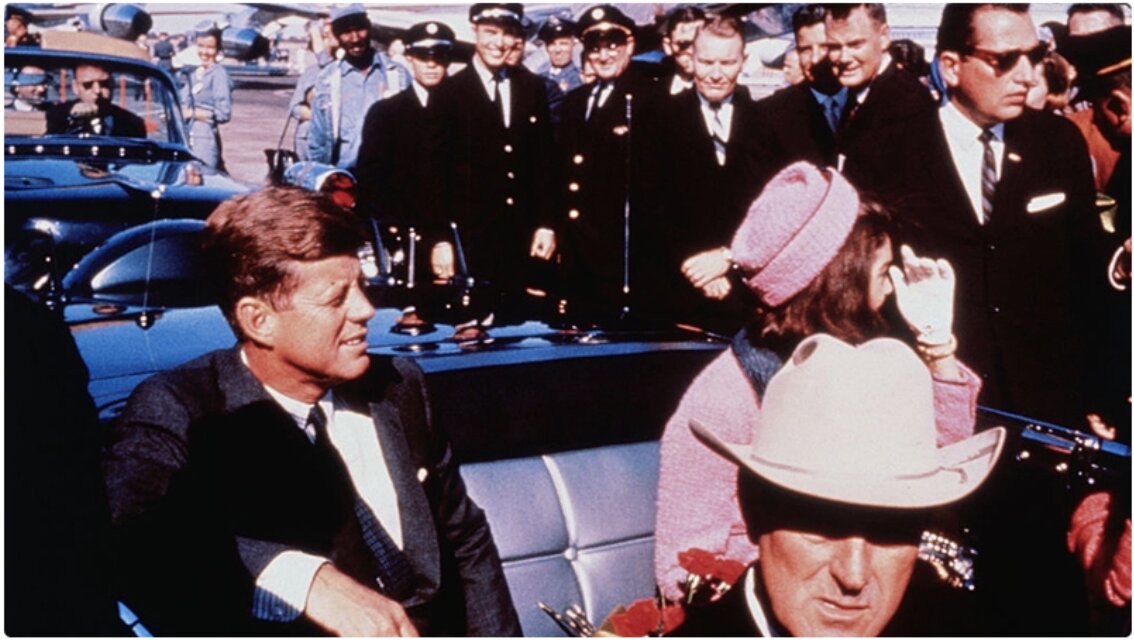 ‘The CIA Was Involved in the Assassination of President Kennedy,’ Top Source Tells Tucker Carlson

“We can’t see classified information about maybe the pivotal event in modern American history — and now we know why.”

An extremely high-level source verified that the CIA had a hand in the assassination of former US President John F. Kennedy, Fox News Host Tucker Carlson has reported.In an episode of “Tucker Carlson Tonight,” which aired Thursday evening, the Fox News host said a source – who is “directly and personally familiar” with internal documents that the CIA is refusing to disclose – confirmed the records do indeed show the CIA was responsible for killing the popular US president.

“Yes, I believe the CIA was involved in the assassination of President Kennedy,” the source stated, according to Carlson.

“It’s a whole different country from what we thought it was. It’s all fake.”

Today we spoke to someone who had access to the still-hidden JFK files, and is deeply familiar with their contents. We asked this person directly: did the CIA have a hand in the murder of John F. Kennedy?

Here’s the reply: "The answer is yes. I believe they were involved." pic.twitter.com/3EURZcsaR2

On Thursday, the CIA released another trove of internal documents relating to its investigation into the killing. But the agency’s latest dump of its JFK assassination papers failed to disclose documents of any significance.

Experts suggested the lack of new information being revealed in the documents shows the CIA has something to hide.“What the CIA has determined is the following: It is better to expose themselves to public criticism and literally act against what US law says, that it is preferable to do that having to deal with what can be published,” stated JFK researcher Fernand Amandi.

Skeptical observers have long contended that Lee Harvey Oswald, the man who the US government claims killed Kennedy, was actually a CIA asset.

After the former Marine supposedly ‘defected’ to the Soviet Union, he was able to return to the US freely and faced no apparent barriers reintegrating.

Both pro- and anti-Cuban activists in Dallas, Texas, reported frequent contacts with Oswald – suggesting he was seeking to influence both camps.

“Is there a ‘smoking gun?’ Is there one piece of paper that proves a conspiracy?” asked JFK researcher and former Washington Post reporter Jefferson Morley. “No. ….But there IS smoking gun proof that [the] CIA had an operational interest in Oswald while JFK was alive.”

One signer esp. significant: "W Hood." Bill Hood served as chief of operations in CIA's Western Hemisphere Division in 1963. He had to sign because Oswald was part of a CIA operation. …. The story in 2022? CIA is still concealing "sources & methods" re: Oswald @julianzelizer. pic.twitter.com/HVZm15jPFO

With the CIA continuing to illegally withhold records pertaining to the Kennedy assassination, the situation facing Americans is grim, Carlson concluded.

“Within the US government there are forces wholly beyond democratic control” which are “more powerful than the elected officials that supposedly oversee them,” he noted.

“These forces can affect election outcomes. They can even hide their complicity in the murder of an American president. In other words, they can do pretty much whatever they want.”

It’s clear now that the CIA, Carlson said, constitutes “a government within a government, mocking with their very existence the idea of democracy.”

“Americans have trusted their government less with every passing year since the killing of Kennedy,” he pointed out. “Maybe this is why.”Former CIA Director Mike Pompeo was invited onto the show to discuss the jaw-dropping allegations of agency involvement in the Kennedy assassination, but “refused to come on,” per the Fox News host.

And it’s clear why, according to Carlson’s guest, New York Post columnist Miranda Devine. Were Pompeo to admit that CIA played a role in murdering Kennedy, the ensuing public uproar would prove so powerful that it would jeopardize the CIA itself.

“The fury that would erupt – and this is a bipartisan fury, it would be the one thing that would unite Americans – is an absolute rage at this unaccountable spy agency that has decided it is going to get involved in assassinating the duly-elected American president,” Devine claimed.

ALERT! In the age of mass Silicon Valley censorship It is crucial that we stay in touch.

We need you to sign up for our free newsletter here.

Support our sponsor – Turbo Force – a supercharged boost of clean energy without the comedown.