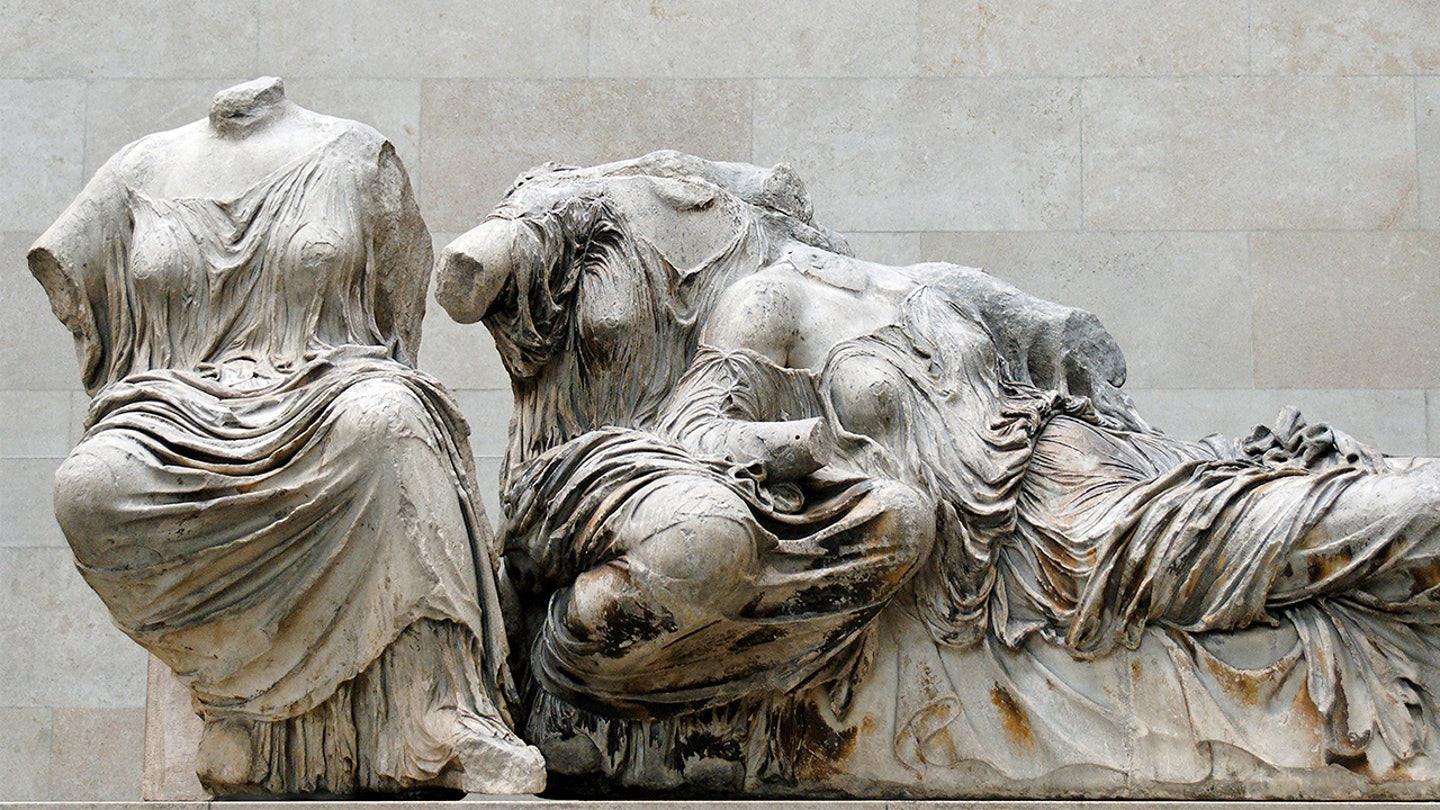 Marine archeologists have discovered the shipwreck of the S.S. Pacific, which sank in 1875 and is believed to be incredibly well-preserved and could contain priceless artifacts. (Credit: Northwest Shipwreck Alliance)

The Parthenon marbles housed in the British Museum continue to occupy the foreground of an ongoing debate about art repatriation. After reports of a series of “secret” meetings regarding the sculptures, the U.K. government confirmed there would be no law change to facilitate their return to Greece.

Made between 447 and 432 B.C. under the supervision of the sculptor Phidias and his assistants, the marbles in the British Museum’s collection are displayed in the special-made Duveen Gallery, having once adorned the Parthenon atop Athens’ Acropolis. They consist of 15 metopes (sculpted relief panels), 17 pedimental figures and 247 feet of the original frieze. The sculptures depict impressive scenes of battle and festival procession, as well as gods reclining.

Altogether, the British Museum’s collection makes up half of the Parthenon’s surviving sculptures.

On Saturday, Greek newspaper Ta Nea revealed that since November 2021, the chair of the British Museum, George Osborne, has held a series of “secret” discussions on the return of the marbles with senior Greek government officials, including Prime Minister Kyriakos Mitsotakis. The latest meeting between Mitsotakis and Osborne was last week and insiders claim negotiations are at an “advanced stage.”

Greece has long maintained that the marbles were stolen and have campaigned for their repatriation.

Part of a metope depicting the battle between Centaurs and Lapiths. (GraphicaArtis/Getty Images)

The Greek government made its first official request decades ago, but for the first time in many years, the reunification of the Parthenon marbles in Athens’ specially designed Acropolis Museum looks like a real possibility.

At an event at the London School of Economics last week, Mitsotakis explained that progress was being made toward a “win-win solution” for the two sides. “I do sense the momentum,” Mitsotakis added.

A spokesperson for U.K. Prime Minister Rishi Sunak told reporters that while the trustees are free to talk to whomever they want, the U.K. government has “no plans to change the law, which prevents removing objects from the British Museum’s collection apart from in certain circumstances.”

Under the 1963 British Museum Act, objects can only be removed if they are “duplicates” or if “the object is unfit to be retained in the collections of the Museum and can be disposed of without detriment to the interests of students.”

A frieze which makes up part of the “Elgin Marbles.” (Graham Barclay, BWP Media/Getty Images)

The British Museum responded to the reports in a Monday statement.

“We are seeking new positive, long-term partnerships with countries and communities around the world, and that of course includes Greece,” it said.

The Museum still intends to operate within the law, explaining it would not dismantle its collection “as it tells a unique story of our common humanity.”

A compromise could see the marbles shared between the two countries.

However, former U.K. Culture Secretary Ben Bradshaw explained to Ta Nea: “I don’t think anyone is seriously thinking that when the marbles go back [to Athens] they won’t go back permanently.”