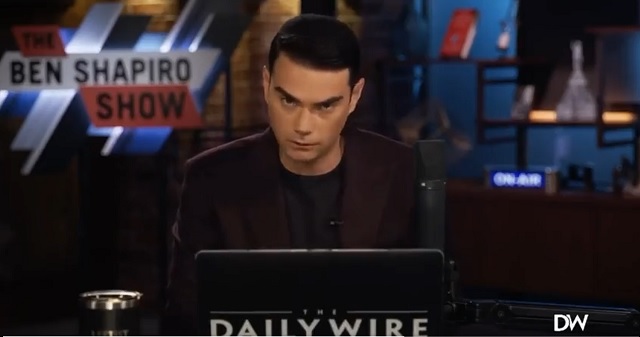 Ben Shapiro and his employee Matt Walsh are being accused of “setting up the narrative” for Kanye “Ye” West to be suicided.

Here is Ben Shapiro today setting up the narrative for someone to suicide Ye West pic.twitter.com/5CVTN4PYk9

Expanding on this idea Ben’s lackey Matt Walsh goes into more detail on this wish for someone to suicide Kanye pic.twitter.com/yl5DiFo1B9

Ye mocked Netanyahu during his interview with Alex Jones on Thursday and wondered if the Prime Minister might have him killed for his political views.

Kanye on Alex Jones: “We have the perfect answer to the ADL. We brought Netanyahu with us”.

>Pulls a toy and starts impersonating him. pic.twitter.com/Sv93fnLiOY

. @kanyewest : If I say something that’s provocative towards the Mossad— is that Mossadgynistic?

Ye then goes on to make another one of his @netanyahu impersonations pic.twitter.com/UOOC5Vp2s7

A post shared by Dr. Jordan B. Peterson (@jordan.b.peterson)

PLEASE READ THE REST HERE FROM THE SOURCE > > https://www.informationliberation.com/?id=63488