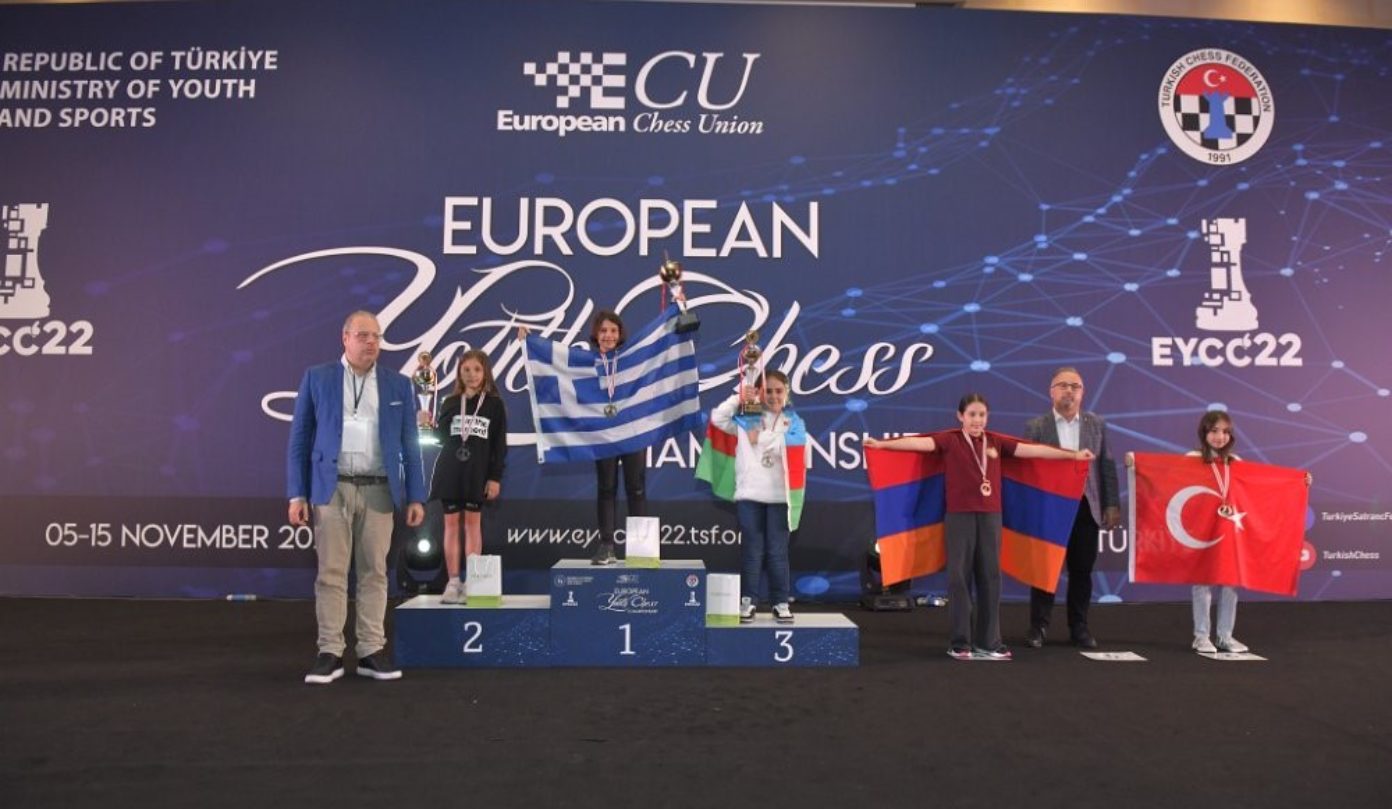 A nine-year-old Greek girl was recently crowned European chess champion for under 10s in a tournament that was held in Antalya, Turkey.

Marianta Lampou, draped with the Greek flag and holding the prestigious trophy aloft, celebrated her achievement as the Greek national anthem was heard.

Sixty players from thirty countries participated in the competition. 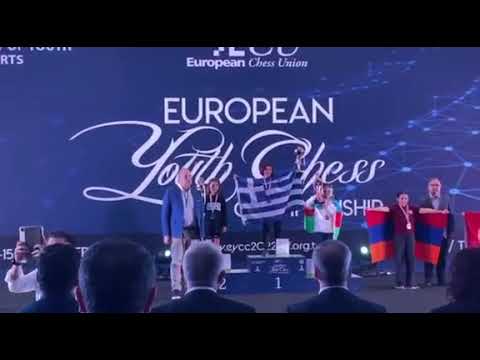 “I felt very happy, [and] it was the first time I participated in a European championship,” Lampou told public television ERT.

Lampou started playing chess in nursery school. She is a player of the “Aigli Papagou” Sports and Cultural Club in northern Athens. Her coach is Ioannis Panagakos, who, in speaking about her, did not fail to note that “Marianta is a gem in character.”

“I liked chess very much from the first time I opened the chess board and I continued,” said Lampou who also trains with her younger brother.

The Greek chess prodigy now ranks third in the world.

Evangelia Siskou was among the 101 female chess players from thirty-six countries, who participated in the championship in the under-10 girls’ division.

Earlier this year, Greece proudly saw another win when 21-year-old Greek chess master Evgenios Ioannidis won the Masters event at “Serbia OPEN 2022” at the International Open Chess Championship, which was held in Novi Sad between June 28th to July 6th.

According to Chessdom magazine, the tournament attracted more than four hundred entries from forty-one countries with a sensational display by the young Greek who won the Masters event in a field of thirty-nine grandmasters and sixty-eight international masters. The Greek player scored an outstanding 8/9 points with performance of 2858 and clinched the winning prize of 7,500 euros, grandmaster norm, and 40.8 rating points.

Furthermore, in August, Greece’s chess prodigy, Nikolas Theodorou, won the silver medal in the chess Olympiad that took place in India. Twenty-two-year-old Theodorou, who holds the title of Grand Master, came second in the Board 2 Open Section behind Nihal Sarin of India.