AZ Vote Counting Could Drag On Until Thanksgiving or Even Christmas, Election Officials Say 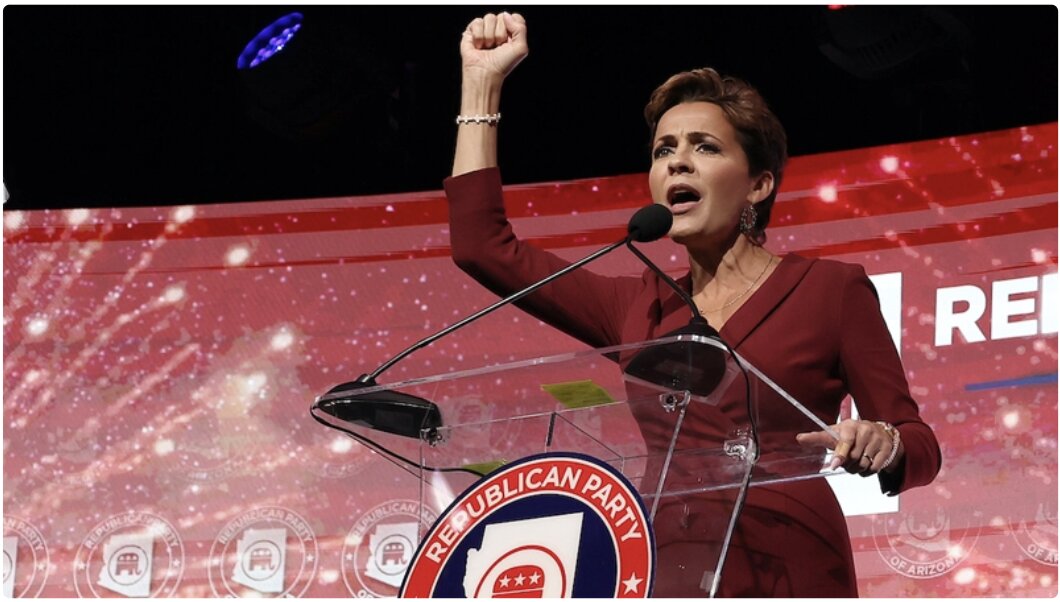 AZ Vote Counting Could Drag On Until Thanksgiving or Even Christmas, Election Officials Say

Results of tightly contested state of Arizona could take weeks or even MONTHS, CNBC reports.

Arizona election officials claimed Wednesday that the midterm votes could take weeks or possibly months to count, according to CNBC.

“In Arizona, the marquee races there are too early to call. Election officials in the state have said they are prepared to work through Thanksgiving, and possibly Christmas as well,” said CNBC congressional correspondent Ylan Mui.

This is a major contrast from their previous claims that vote counting would last until Friday, also an unacceptable amount of time, but a far cry from Thanksgiving or Christmas.

This alarming announcement comes after Maricopa County was marred with election machine breakdowns for hours on Election Day.

This kind of “incompetency” is part of why Arizona’s Republican gubernatorial candidate Kari Lake ran in the first place.

Lake excoriated the the election official “clowns” in the state on Tuesday over the voting delays.

“Another election run by a bunch of clowns, and we’re not going to take it anymore,” she told former Trump chief strategist Steve Bannon. “We will restore faith to our elections.”

Lake also called out the voting machine breakdowns and subsequent shenanigans by election officials instructing voters to place their ballots in specific boxes to be taken to another location.

“Two minutes into voting, we had people being told, ‘well, you’re gonna have to put your little ballot over here into another box guys,’” Lake told her supporters late Tuesday.

“We are going to win this,” she continued. “We will declare victory, and we will get to work turning this around. No more incompetency and no more corruption in Arizona elections.”

Vote tabulation machines had been unable to count 20% of ballots, but officials claimed the issue had been fixed after an adjustment to “printer settings.”

In related news, MyPillow CEO Mike Lindell had deployed a cyber team to monitor the midterms in real time, only to uncover numerous instances of ballot counting anomalies and signs of fraud as the night went on.

“They went for the complete steal!” Lindell remarked on Truth Social Wednesday.

Left-wing radicals are attempting to destroy Alex Jones via the court system! Please help Alex by making a donation to his legal defense at Saveinfowars.com to keep him in the fight! Don’t let the NWO be successful with their latest weapon against Free Speech!
SOURCE: https://www.infowars.com/posts/az-vote-counting-could-drag-on-until-thanksgiving-or-even-christmas-election-officials-say/
Share 0 FacebookTwitterPinterestLinkedinEmail
previous post