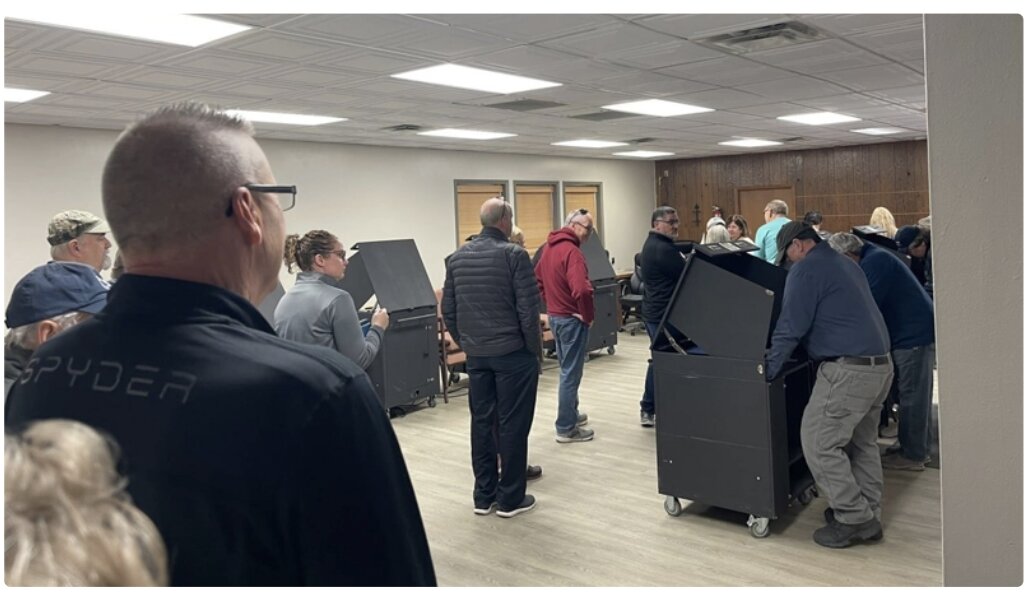 People were TURNED AWAY from polls, according to reports.

Why is an elementary oversight happening on such an important day?

A judge extended voting by two hours in Luzerne County, Pennsylvania, due to delays caused by a paper shortage in voting machines, according to reports.

Judge Lesa S. Gelb pushed the county’s voting deadline from 8 to 10 pm in response to a petition by election officials.

“The constitutional right to vote requires an extension of the voting hours,” said Gelb in a one-page order. “Through no fault of their own, [the citizens] were disenfranchised and denied the fundamental right to vote.”

The county’s machines were “seriously deficient” of paper when the officials had arrived at polling stations Tuesday, according to the election officials that filed the extension petition.

“Upon arriving at the polling locations to set up machines on Election Day poll workers at the Luzerne County polling locations discovered that the voting machines were seriously deficient of paper to print out the ballot after the voter uses the machine to vote,” explained the election officials.

Additionally, it’s being reported that people were turned away at the polling stations in Luzerne County due to the lack of paper.

“It was reported that people at the polling places in Luzerne County were being turned away earlier due to the lack of paper,” said journalist Greg Price. “If you were one of these people, you now have until 10 p.m. to cast your vote.”

Moreover, Luzerne County is considered a “pivot county” due to it turning Blue for Obama and Red for Trump for each of their respective presidential elections.