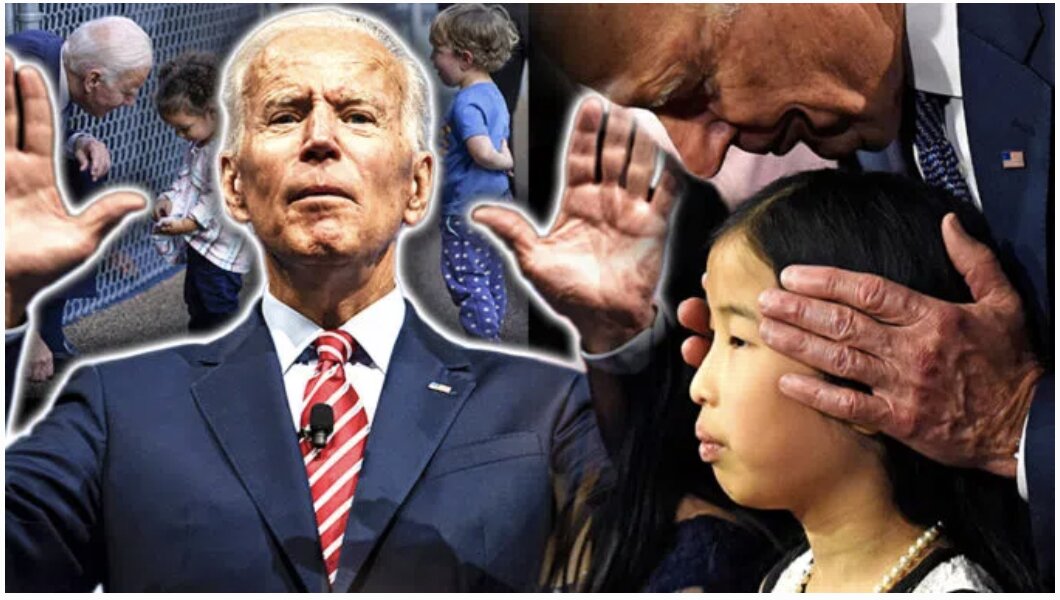 DC police are being urged to investigate Joe Biden’s inappropriate relationships and touching with children as parents and anti-pedophile groups demand “enough is enough” following a spate of disturbing incidents involving the president.

While Biden’s defenders claim he simply gets a little bit too “handsy” at times, a deeper dive into his pattern of behavior reveals serious question marks about the nature of the man.

Is Biden another powerful man with certain predilections who is “hiding in plain sight?”

Serial predators have a way of flaunting their deranged success, rubbing it in the faces of their victims. It’s a type of psychopathy common among the globalist elite.

Biden has been criticized by conservatives countless times in the past for comments deemed “creepy” made toward younger individuals, including an interaction last month when the president described a “friendship” with a 12-year-old girl… when he was 30.

“We go back a long way,” Biden said after pointing to a woman in the crowd at an event where he was speaking. “She was 12, and I was 30, but anyway. This woman helped me get an awful lot done. Anyway.”

Weeks later Biden was at it again, creeping up on a young girl from behind, sniffing her, and repeating his favorite chat up line.

“Now a very important thing I told my daughters and granddaughters — no serious guys until you’re 30!” Biden said to an unknown young girl at the event in Irvine, California.

“Ok, I’ll keep that in mind,” the visibly uncomfortable girl said as the president leaned in close, taking the opportunity to take in her scent.

Video of the exchange was posted on Twitter by reporter Kalen D’Almeida, whose video revealed that members of the Secret Service tried to prevent him from filming.

Back in 2015, arch liberal Jon Stewart called out Biden for his behavior.

Kudos to Jon Stewart for going where most liberals fear to tread, but he did not go nearly far enough.

According to Professor Anthony Zenkus, Biden displays all the behavioral traits of a serial predator.

Since 2015, Joe has continued to grope every underage girl who makes the mistake of standing anywhere near him. He just can’t help himself.

We have also learned about Ashley Biden’s diary, which has cast an even darker light on Joe’s behavior.

For those who are not aware, the FBI did dirty work on cleaning up another walking Biden scandal. No, that does not include the “investigation” of Hunter Biden, which seems never to be completed or acknowledged. This time it was his daughter, Ashley.

You might recall the FBI blamed James O’Keefe of Project Veritas, a journalist and whistleblower, for having it in his possession. It would not be illegal to have it in his possession. The diary was discovered by Aimee Harris at a Palm Beach “halfway house.” It had been left there by Ashley Biden, apparently carelessly, though the Biden family reported it stolen. Harris is not being investigated for stealing it but for selling it for $40,000.

Do you want to know what’s so juicy about the diary? What did the FBI care so much about?

The diary revealed the shocking and sensitive information, finally broken by the Daily Mail, such as details about Ashley’s chronic drug abuse, sex addiction and being “hyper-sexualized” in her childhood.

Enough! That’s all you need to know about the scandal – except what Tucker Carlson quipped on his Fox News show about the “inappropriate showers,” if you missed it:

Carlson also questioned why the FBI was investigating the alleged theft of a diary as it is not a federal crime. BINGO!

It appears Joe Biden is effectively using the feds as his secret police force. Does that surprise you?

Baxter Dmitry is a writer at News Punch. He covers politics, business and entertainment. Speaking truth to power since he learned to talk, Baxter has travelled in over 80 countries and won arguments in every single one. Live without fear.
Email: baxter@newspunch.com