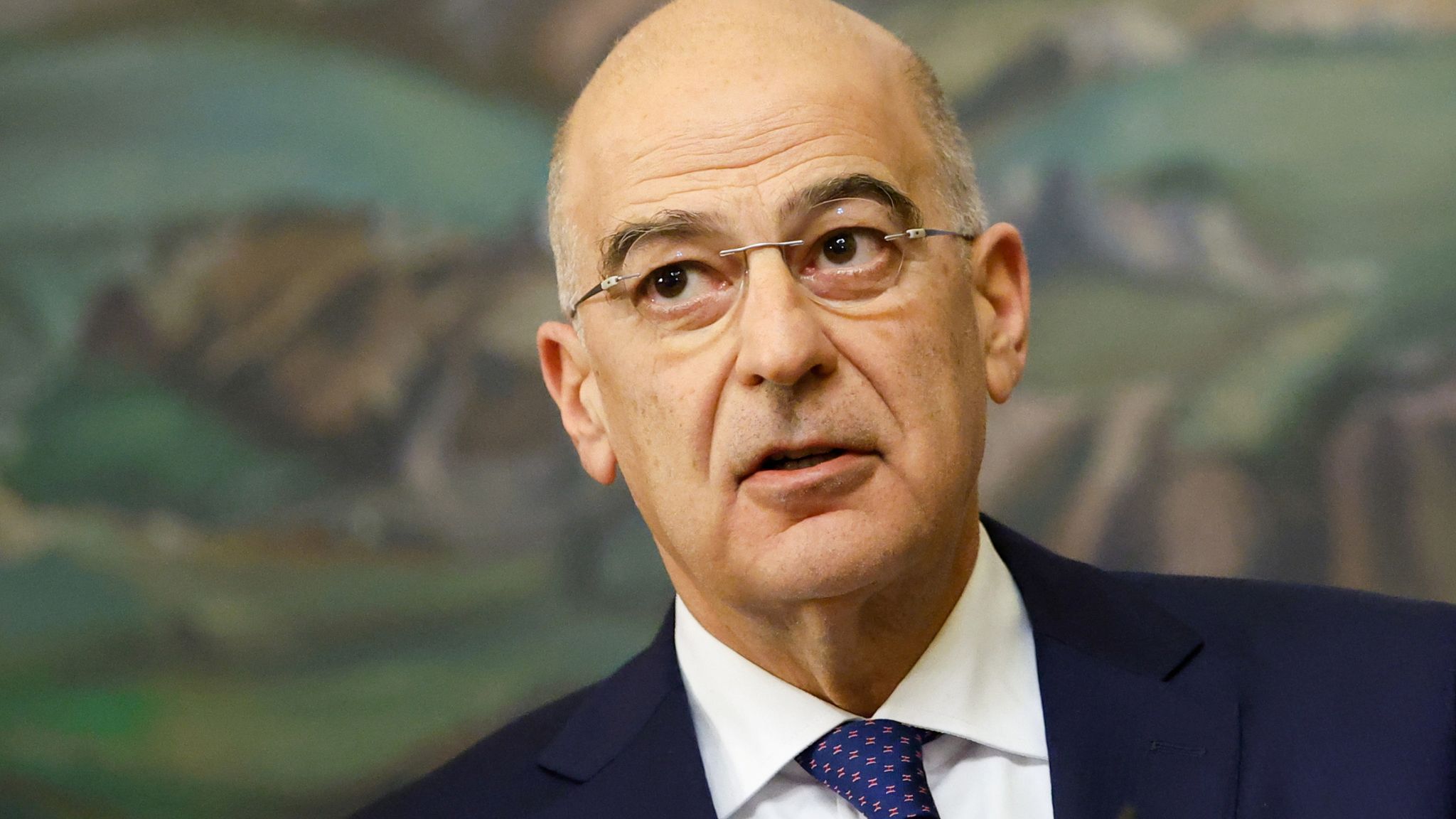 Nikos Dendias says Turkey must choose if it “will come to such a dialogue or not”, adding that “the basic ingredient must be a de-escalation”…

Greece’s foreign minister says his country is open to talks with Turkey but only if Ankara stops its provocations.

Nikos Dendias told the Proto Thema newspaper: “It is up to Turkey to choose if it will come to such a dialogue or not, but the basic ingredient must be a de-escalation.”

The two historical foes have a long list of grievances, including maritime boundaries, flying rights, the delineation of their continental shelves and the divided island of Cyprus.

But in recent months, their relationship has become more strained.

Greek Prime Minister Kyriakos Mitsotakis reportedly used a visit to the US in May to lobby against Ankara’s efforts to buy fighter jets from Washington, claiming Turkey was violating Greek airspace.

Turkey has accused Greece of arming Aegean islands that are meant to be demilitarised, under international law, and it has also been alarmed by Greece’s growing defence co-operation with the US and France.

In September, Turkish President Recep Tayyip Erdogan warned Greece that “we could come suddenly one night”, adding: “We will not fail to defend our country’s rights and interests against Greece by using all the means at our disposal, when necessary”.