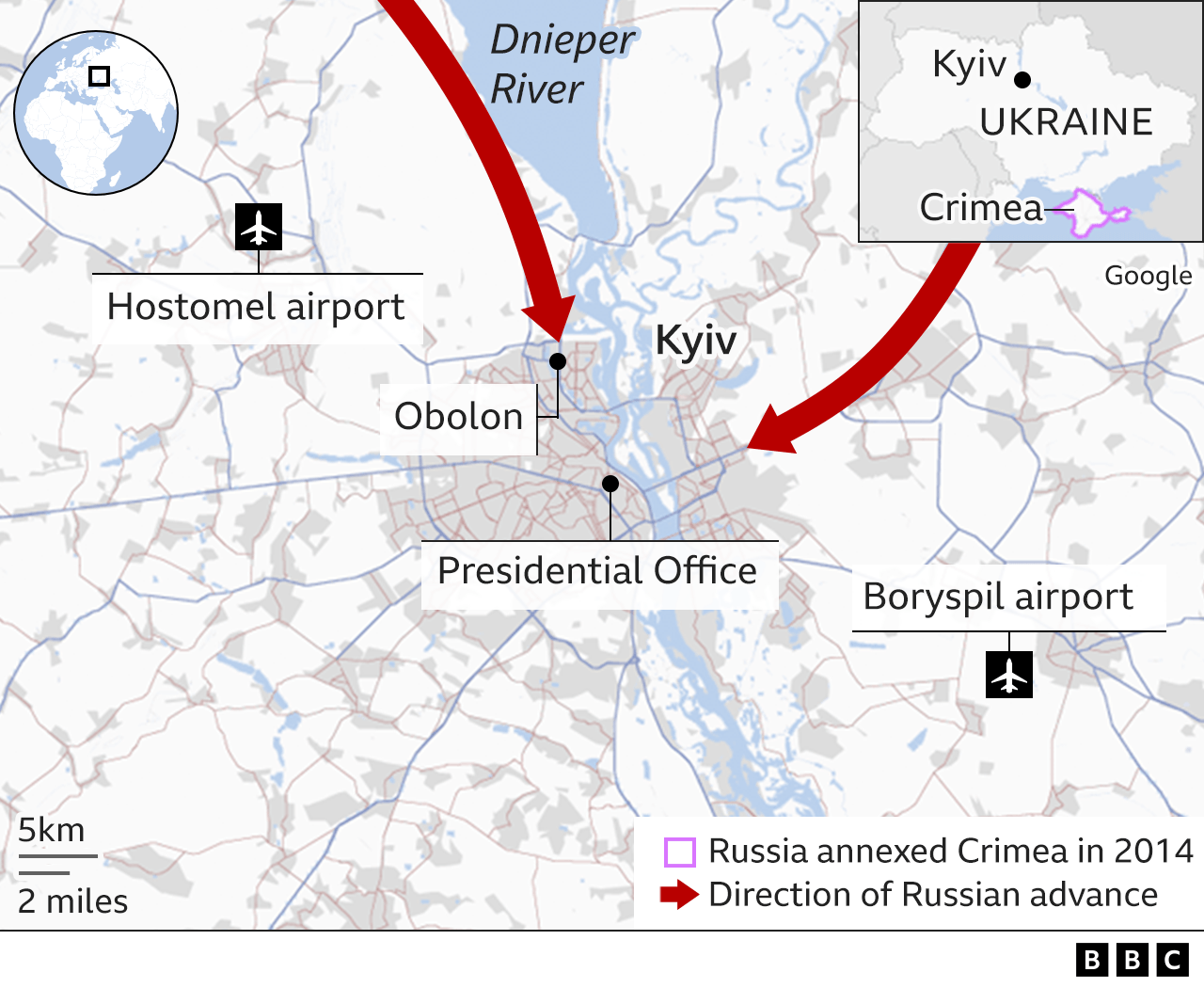 The Ukrainian military claims that an army unit in the capital has managed to repel Russian forces.

Russian assaults on Ukraine’s capital, Kyiv, have been met with fierce resistance as the Ukrainian military says it fought off several attacks.

The military said in a Facebook post early on Saturday that an army unit managed to repel Russian forces near its base on a major city street.

President Volodymyr Zelensky said: “The occupiers wanted to block the centre of our state… We broke their plan.”

A total of 198 Ukrainians, including three children, have been killed since Russia invaded, said the country’s Health Minister, Viktor Lyashko.

In an address, Mr Zelensky said: “We are defending the country, the land of our future children. Kyiv and key cities around the capital are controlled by our army.

“The occupiers wanted to block the centre of our state and put their puppets here, as in Donetsk. We broke their plan.”