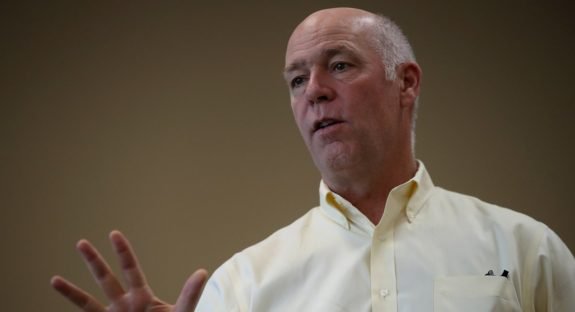 He lifted his predecessor’s mask mandate.

Montana Gov. Greg Gianforte (R) lifted the state’s mask mandate Friday, fulfilling a campaign pledge, after he said the state has made significant progress vaccinating the most vulnerable against COVID-19.

Gianforte has been a vocal opponent to the mask mandate, which was signed into law by his predecessor, Democratic Gov. Steve Bullock, in July.

The governor made the announcement Wednesday, during a signing ceremony for legislation that would shield businesses, health care providers, houses of worship and nonprofit organizations from coronavirus-related lawsuits.

Gianforte is not the only Republican governor who is standing up for freedom.

Iowans will no longer be required to wear face coverings in public when around other people for at least 15 minutes.

Businesses will not be required to limit the number of customers or keep them socially distanced.

No limits will be placed on the number of people who can gather in public.

This comes as the public health “experts” are beginning their push for “double masking”.

The Gateway Pundit has previously reported on this: