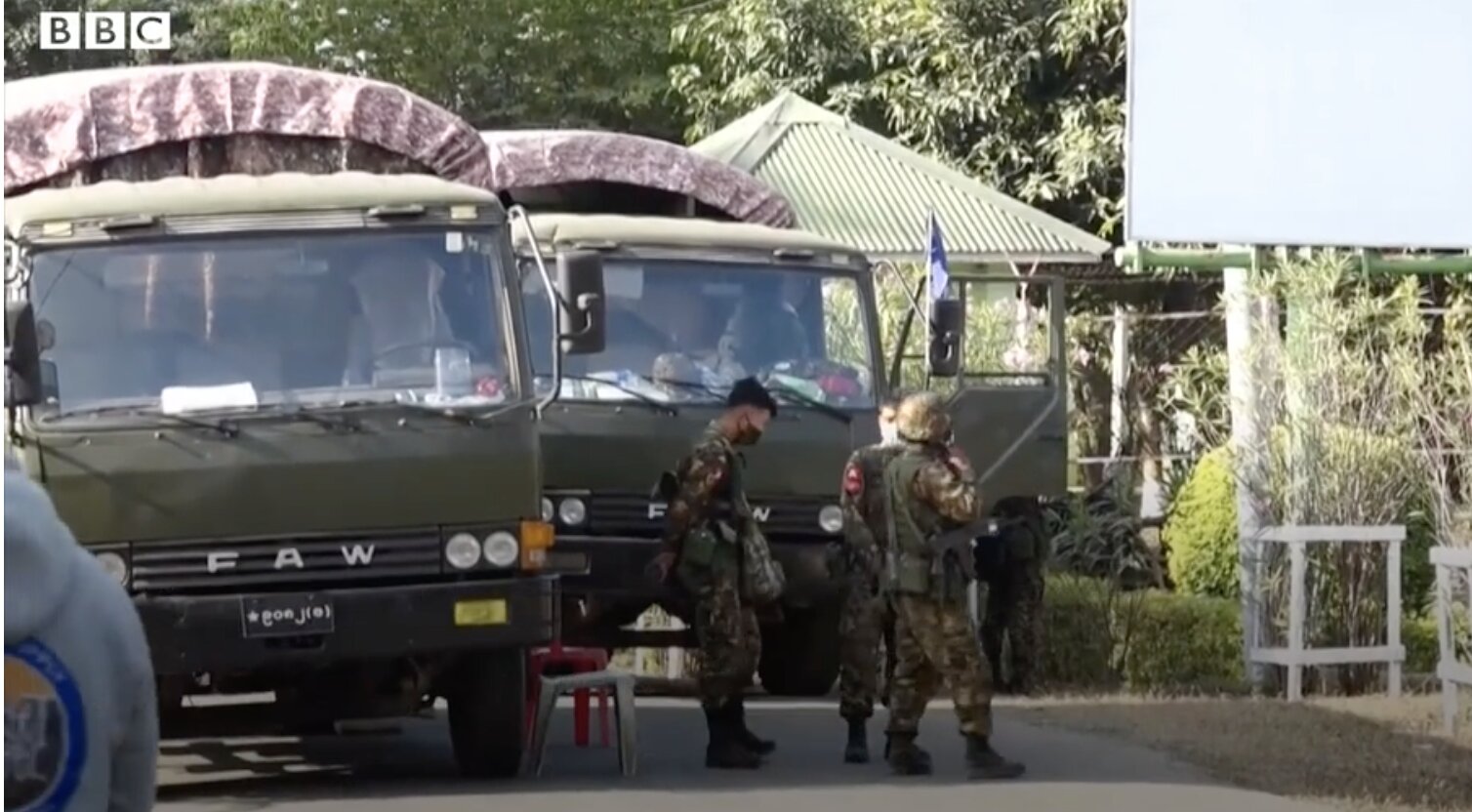 The army has transferred power because of alleged “election fraud” in the democratic vote held in November.

Troops are patrolling streets in major cities and communications are limited. The top army commander is now in charge and a one-year state of emergency has been declared, army TV announced.

The move follows a landslide win by Ms Suu Kyi’s party in an election the army claims was marred by fraud.

She urged her supporters to “not accept this” and “protest against the coup”.

In a letter written in preparation for her impending detention, she said the military’s actions would put the country back under a dictatorship.

The military has already announced replacements for a number of ministers.