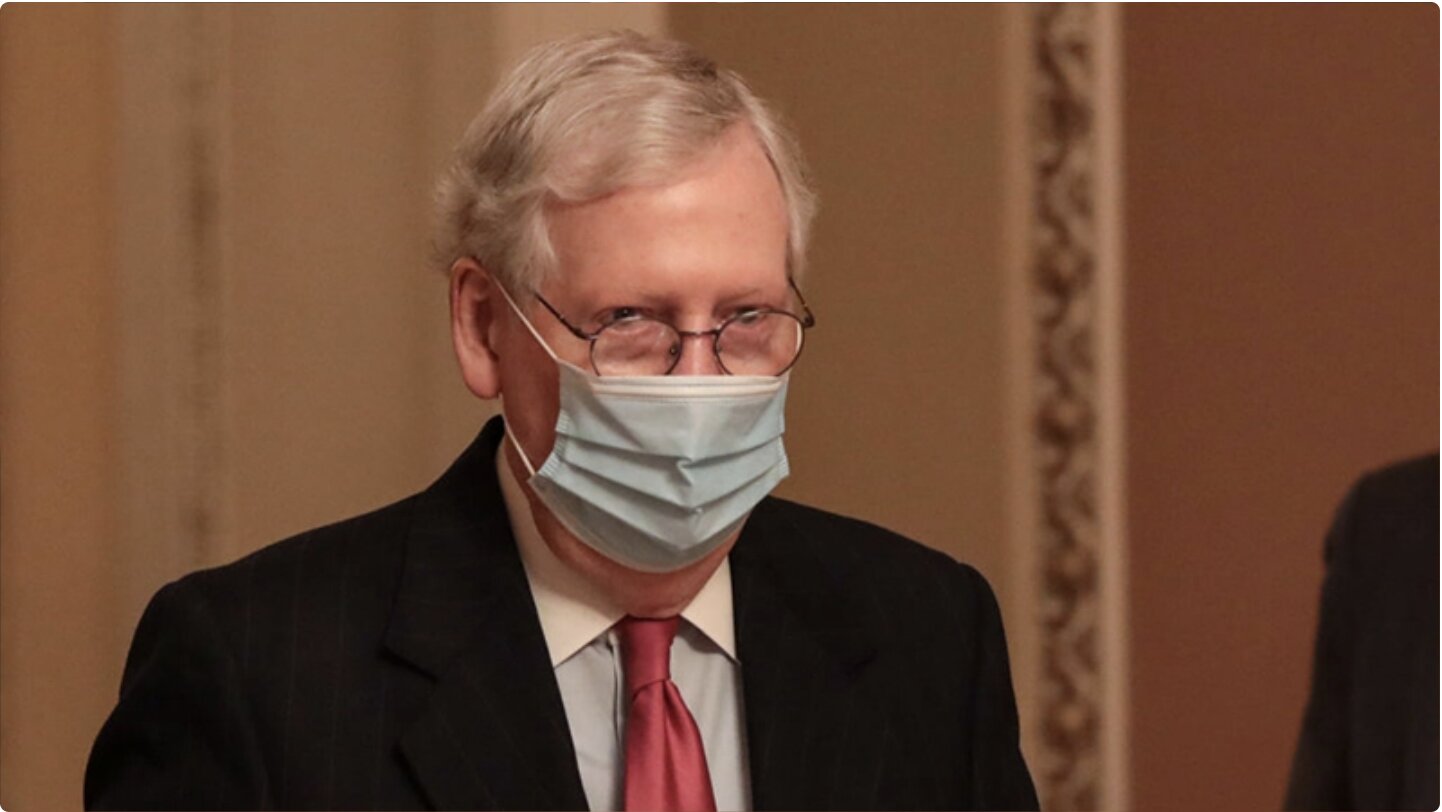 Senate Majority Leader Mitch McConnell (R-KY) has introduced a bill that fulfills the demand of President Donald Trump for $2,000 direct stimulus payments to the American people, bundling the cash relief with other items of import to the Trump administration such as repealing Section 230 of the 1935 Communications Act and investigations into voter fraud.

The bill would override the $600 amount included in the “COVID relief bill” passed by the Senate and signed into effect by President Trump on Sunday, replacing it with a provision for $2,000 to individuals and $4,000 to families.

Under the proposed bill, “The amendments made by this section” would take effect “as if included in section 272 of the COVID-related Tax Relief Act of 2020.”

Joe Biden is upset President Trump has kept classified information from him, because the 2020 election was obviously rigged.

The bill goes on to call for a repeal of Section 230, a measure that experts believe could play a role in stemming the tide of unethical and tyrannical Big Tech censorship.

On page 14 of the 16-page bill, another provision is made for investigations into whether foreign nationals may have tampered with recent elections in the United States.

Senator Bernie Sanders (D-VT) has suggested that the inclusion voter fraud investigations and other trump wishlist items are “poison” pills designed to prevent the measure from acquiring the necessary support from Senate Democrats.

President Trump noted in his statement announcing his decision to sign measure that “On Monday the House will vote to increase payments to individuals from $600 to $2,000. Therefore, a family of four would receive $5,200,” adding, “Additionally, Congress has promised that Section 230, which so unfairly benefits Big Tech at the expense of the American people, will be reviewed and either be terminated or substantially reformed.”