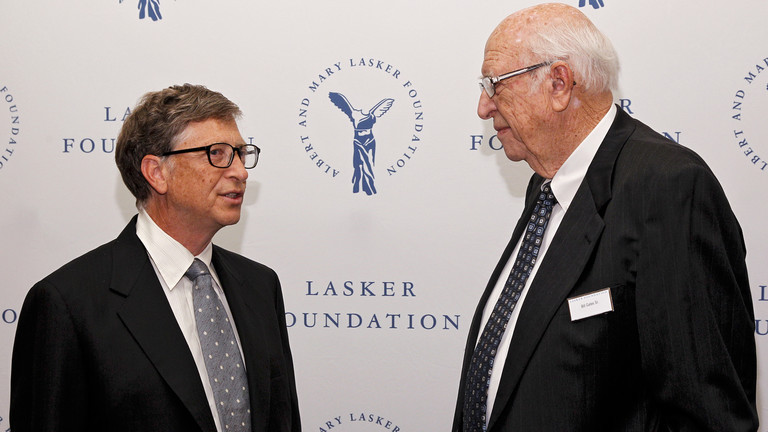 Former head of MURDEROUS Planned Parenthood, Bill Gates Senior, father of Bill Gates, dies at 94. They say he passed from Alzheimer’s, but we suspect…COVID-19 was the cause.

Philanthropist and Microsoft co-founder Bill Gates has confirmed the passing of his father William Henry Gates Senior, at the age of 94. The elder Gates suffered from Alzheimer’s disease.

Gates Senior “passed away peacefully at home…, surrounded by his family,” his son announced on Tuesday.

His “wisdom, generosity, empathy, and humility had a huge influence on people around the world,” Gates Junior added, noting his father’s legal advice helped him and Paul Allen establish Microsoft, but also aided Howard Schultz with Starbucks, another Seattle startup that has since become a global phenomenon.

Bill’s wife Melinda Gates also praised her father-in-law as “a pillar of the Seattle community for almost three quarters of a century.”

William Henry Gates II served in World War II, got his law degree through the GI Bill and set up the law practice of Shidler & King in 1964. Today the firm is known as Preston Gates & Ellis LLP. He had served as president of the Seattle and Washington state bar associations, as well as United Way and Planned Parenthood, among other organizations.

In 2003, he published ‘Wealth and Our Commonwealth,’ a case for taxing accumulated fortunes co-written with the Institute for Policy Studies scholar Chuck Collins.

Gates also credited his father for shaping the values of the Bill & Melinda Gates Foundation, the philanthropic project he embarked on in 2014 after stepping down from Microsoft. According to the charity, its goals are to improve healthcare and reduce poverty in the world, and expand education and access to information technology in the US.