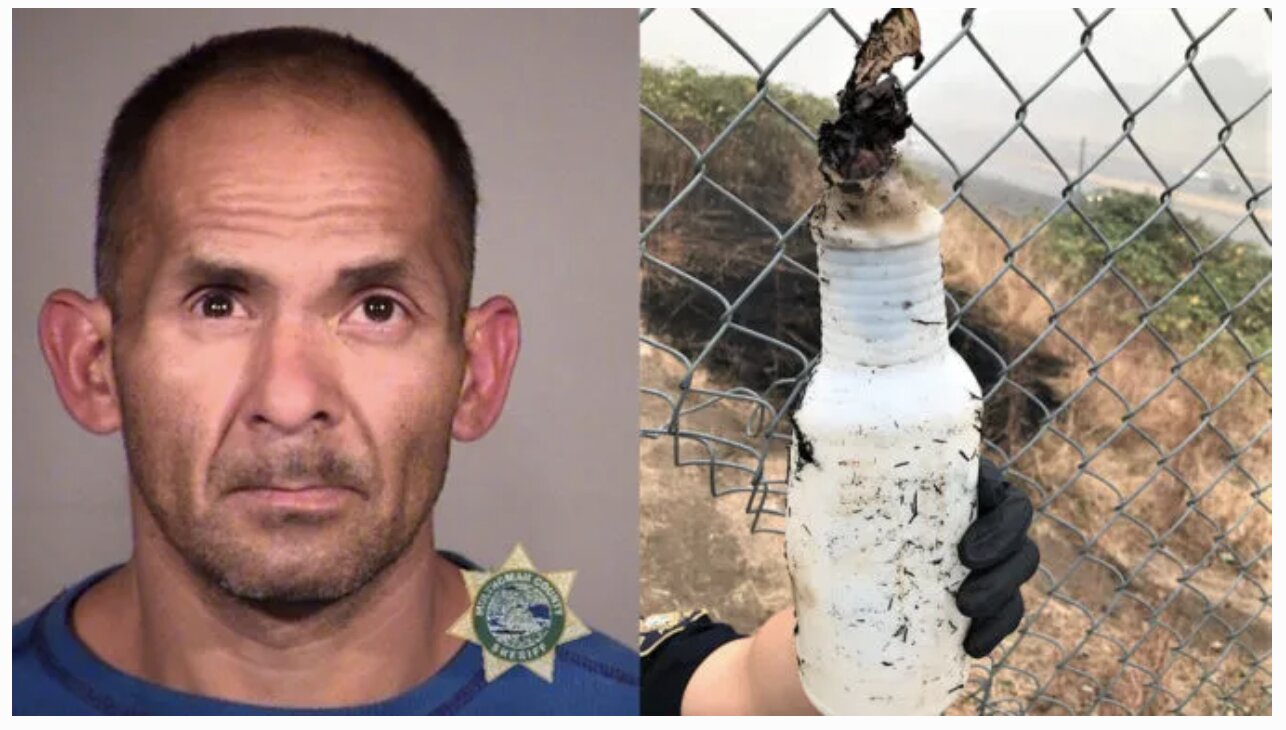 Just hours after being released for allegedly using a Molotov cocktail to start a brush fire in Portland during the wild fire season, Domingo Lopez Jr. was arrested for starting six more fires along the west side of the I-205 freeway.

On Monday, September 14, 2020 at 3:37a.m., East Precinct officers were dispatched with Portland Fire and Rescue to a report of multiple fires burning along the west side of the I-205 freeway. Portland Fire and Rescue extinguished three of them while passing community members put out the other three. All were caught early. No one was injured and no structures were burnt. Officers located Domingo Lopez, Junior walking along the shoulder and arrested him. They seized a lighter as evidence.

Lopez was transported to a hospital on a Police Officer Hold for a mental health evaluation. He was issued citations for 6 additional counts of Reckless Burning.

Twitter users were furious with the city of Portland for letting Domingo Lopez, Jr. walk free without bail after his first arrest.

“The [progressive Soros backed] District Attorneys keep letting them out. Let state police arrest so can be then charged by the Feds [State Police deputized by the Feds]“, said @Mum_53_Forever.

“Is there a way to remove the DA from his position? Preferably with an arrest?” said @ChainedMoth.

“Once I saw the MSM‘s full blitzkrieg against arson/for climate change, I knew it was arson,” said @danelee34.

“Whatever happened to a hold as “a threat to self or others”?!” said @EmcjamL

“I can’t believe with all the fires on the West Coast they would release ANYONE caught setting fires. Are they insane? Law and order may as well be dead in Oregon. Any citizen catching an arsonist should so their fellow residents a favor and you-know-what,” said @LaserOstriches.