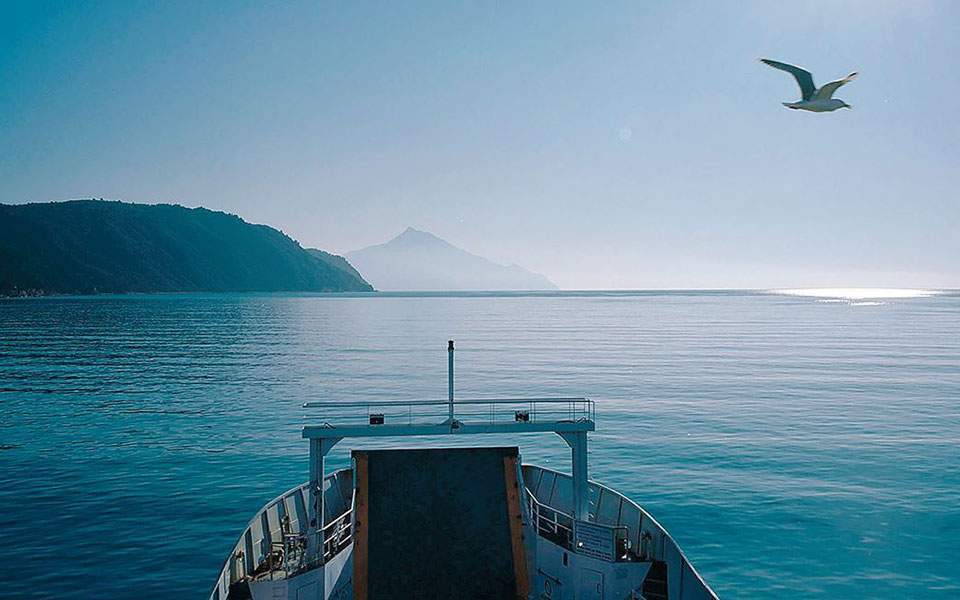 Twenty-five distinguished public figures of the British arts and letters – all renowned for their philhellenic spirit – put their signatures to an open letter published by The Times recently, calling on the governments of Europe to show more active support for Greece and Cyprus against the recent Turkish provocations.

Five of these respected figures spoke with Kathimerini about what ties them to Greek culture.

Of course my position and my passion for this issue is strengthened by my recent honorary citizenship, but even without that, I believe very strongly that Turkey’s action contravenes the United Nations Convention on the Law of the Sea (UNCLOS). This is not a matter of opinion, it is a fact. Greece and Greek culture mean a lot to me personally, but should also mean a lot to the world. Greece may be a country that is small, in terms of square kilometers and population, but its importance is immense and of greater significance than size suggests. In the West we owe so many profoundly important ideas to Greece. It’s even impossible to write this without using words with roots in the Greek language or even to articulate thoughts without reference to it. But that’s on an abstract level. On a more practical level, I believe that violation of territory is not acceptable. I wrote a novel about Ammoxostos (Famagusta) and still find it extraordinary and outrageous that a large part of Cyprus – i.e. part of the European Union – is occupied by Turkish soldiers. To imagine that this could happen again, in another part of the Mediterranean, is deeply disturbing.

Like many, I was led to Greece by your language and culture. I am very English and I love my country. But I have been thinking constantly about Greece since I was 14. I decided at that age to learn Greek because I wanted to read the language of the Bible. But year after year, I fell in love with different aspects of Greece: from antiquity, Byzantium, contemporary times. Your language, history, literature, culture and religion – all fascinate me. Literature is my speciality. I am as happy with a poem by Angelos Sikelianos as a choral ode by Sophocles or the poetry of the Akathist Hymn. Your poets and philosophy and history have enriched my life. I also love your film, dance, art, music, cuisine – the culture of everyday life, your hospitality. I now run a charity that promotes friendship between Greeks and Brits. We raise money for social causes and promote cultural understanding. Our shared history and our shared present and future matter. Like trees in the forest, we are joined by wide and deep roots. When I see threats to the peace and stability of your neighborhood, I worry. Our letter is an expression of solidarity with you.

Greece and Greek culture are very personal to me. Ever since my early years, when I first traveled to your part of the world as a simple tourist and was initiated into the mysteries of the ancient Greek language, I have never stopped admiring and loving the country, the people, my many Greek friends – and even the climate, which German art historian and aficionado of the ancient Greek culture J.J. Winckelmann described as ideal for cultivating the human spirit. The German enlightener (who had never set foot on Greek soil, or would have been more familiar with reality) was exaggerating, of course. The idealization of Greece and of the ancient civilization, false as it often may be in the way it asserts an unfair assessment of and expectations from contemporary Hellenism, is inherent in modern European culture, a culture that essentially took form not in antiquity but in the middle of the 18th century. And contemporary Greeks are part of this culture in the way that all residents of our continent are (including those of neighboring islands, whatever the champions of Brexit may wish to believe!). Greece and Cyprus are members of a family of nations that collectively embraces the values of democratic accountability and of an international order based on rules. For this reason, I thought it was necessary to sign this letter to The Times.

I miss Greece this year. This time of year, my wife and I are usually on some Greek island or in some other remote part of the country on holiday. Or maybe I would be in Greece for a conference or some other cultural event. In the best case, I would combine business with pleasure. This is not possible this year, for reasons that I do not need to go into.

What I miss is the country itself and its hospitable people. But there is more than that. It is also contact with the modern Greek culture and the modern Greek language, to which I have dedicated my entire academic career.

Recently, of course, we have been getting ready to celebrate the historical events of 1821 that ultimately led to the birth of an independent Greek state. It gave the Greek people their own geographical domain, which gradually expanded to the present borders. That led to the creation of the modern Greek state. The culture and language of the Greeks, however, have more than three millennia behind them, a unique heritage without borders. I am particularly enchanted by the medieval and modern phases of this heritage: the epic of Digenes Akritas, the poetry of the Cretan Renaissance, the constant evolution of the Greek language and its dialects, the poetry of Constantine P. Cavafy and Giorgos Seferis, and demotic songs, to name just a few examples.

These are indelible things, yet I still hope to find myself back on Greek soil soon.

I fell in love with Greek history, literature and language when I was a boy. I was lucky enough to learn ancient Greek at school – which is increasingly unusual today in the UK. However, I could never understand why the story of Greece seemed to come to an end with the rise of the Roman Empire. Even when I was young, I wanted to understand where all those clever philosophers, brave leaders and angry gods had disappeared to.

My focus throughout my academic life has been the Byzantine Empire – which helps answer all these questions. As a student at Cambridge University, I worked on Byzantium’s relations with its neighbors, in the West of course, including Rome, Venice, Sicily and beyond, but also with North Africa, what is now Russia and Ukraine, with the Caucasus, the Holy Land and with the Muslim leaders in the Middle East – and also at long-distance connections further afield, with China, for example, Central Asia and the Indian Ocean.

For most people, looking at Greece’s history means the ancient world. But while that still intrigues me, my focus is on what happened from the foundation of Constantinople, partly because Byzantium gives a lens through which to understand so many different aspects of religion, literature, language and of course political and diplomatic history too.

As Stavros Niarchos Foundation director of the Oxford Center for Byzantine Research, I oversee an extraordinarily rich and diverse program of lectures, seminars and research into the world of Byzantium and its connections. That has a heavy focus on Greek materials, partly because we have so many wonderful texts from this period that survive. I worked on the Alexiad of Anna Komnene for many, many years (and published a translation of it into English). Texts like these are jewels of global culture. And that is very much how I see Byzantine history too: a global canvas that is not just helpful to understand the world of the past – but one without which the past cannot be properly understood.