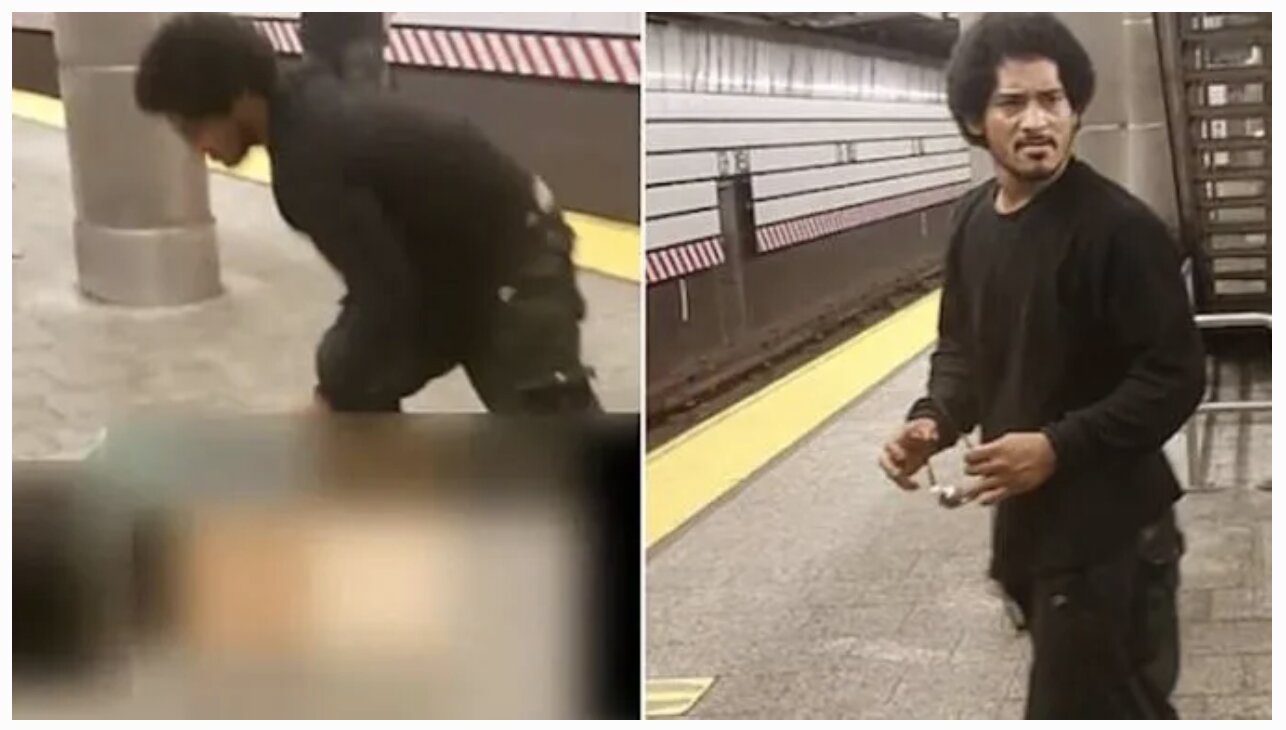 A man was caught on video raping a 25-year-old woman at a New York City subway platform on Saturday, in front of horrified onlookers.

The attack took place at the Q train subway station at Lexington Avenue and East 63 Street at 11am in the morning on Saturday.

The woman was waiting for the train when the rapist approached her and shoved her to the ground.

He then climbed on top of the woman and began raping her as she screamed for her life, but stopped when a crowd of bystanders formed, according to New York Police.

Videos were taken by witnesses and show the man thrusting himself on top of the woman pinned to the ground.

“Hey get off her,” a witness yelled at the attacker in video of the incident.

In a clip released by the NYPD, the rapist finally got off the woman and shrugged as if he’d done nothing wrong, picked up his sunglasses off the ground, and walked away.

Dailymail.co.uk reports: Police were called to the scene and the assailant ran away.

The NYPD is asking for the public’s assistance identifying the individual to question him in connection to the attempted rape.

New York City has been reeling from a crime wave this year that has forced the police department to increase weekend patrols citywide.

Officials have linked the rise in crime to the pandemic, a surge in unemployment, civil unrest, and protests.

During the four-week period ending on August 23, the city recorded 48 homicides – a 50 per cent increase from the 32 homicides that were recorded during the same period last year.

Between January 1 and August 23, the city recorded 280 homicides – a 35 per cent increase from 208 homicides that were recorded during the same period of 2019.

In July, murders were up 58.8 percent when compared to the same month last year. Shootings were up a staggering 177 per cent.

In Manhattan’s Upper West Side residents have complained and threatened to sue the Mayor after homeless people were moved into three luxury hotels in the area to protect them from COVID-19.

Residents of the upscale neighborhood complain that the move-in of the vagrants has brought with it increased crime, random violence, drugs, public urination and open prostitution.

At the moment more than 13,000 homeless people are being housed in 139 hotels across the Big Apple, including three luxury hotels – The Belleclaire, The Lucerne and The Belnord – on the Upper West Side.

The uptick in crime comes as protests have unfolded across the country denouncing police brutality and seeking to defund police departments.

New York City announced it will slash the police budget by $1billion in July. The department budget was almost $6billion for the 2020 fiscal year.

SAVE OUR CHILDREN March in Hollywood – Σώστε τα παιδιά μας