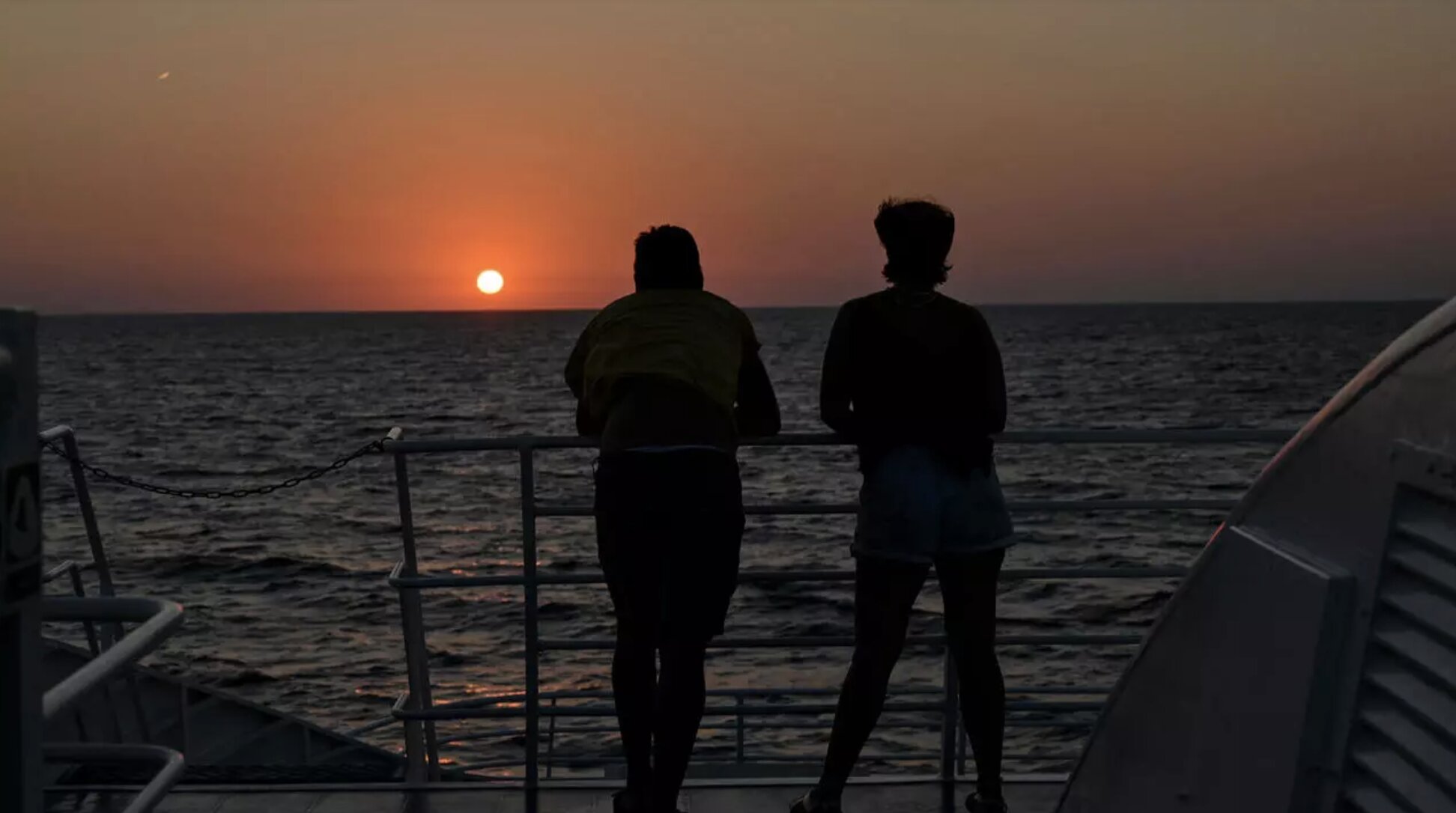 The tiny island of Kastellorizo, peeking out of the turquoise waters of the eastern Mediterranean just two kilometres (1.2 miles) off the Turkish coast, may not look like the focus of an international incident.

And it doesn’t feel that way to the sun-baked inhabitants, even as diplomatic tensions mount and Greece, Turkey and their allies mount rival military exercises in nearby waters in a row over gas exploration rights.

“Nobody at all is afraid here,” says Giorgos Karagiannis.

The 45-year old says he is “used to these games that serve the politicians, but which don’t knock the islanders off course.”

Born on the island with its little harbour ringed with pastel-coloured houses, Karagiannis’ boat plies the waters between Kastellorizo — with its two Greek flags painted onto the bare rock — and the Turkish mainland every day, carrying tourists to the island and islanders to do their shopping.

“I’ve been doing this for 30 years, and my family were doing it before me. There’s no reason for it to change,” he insists.

At present, the only thing blocking exchanges with the town of Kas across the strait is the coronavirus pandemic.

With half of the island’s 500-strong population members of the armed forces, people in military uniforms and swimwear mingle on the waterfront of Kastellorizo’s little port.

But the mirror-smooth waters belie the fierce international staring match going on over the treasures to be found beneath.

Kastellorizo is the Greek island furthest removed from the European mainland, a rocky, arid outcrop of around nine square kilometres.

Its inhabitants are “used to” being the pivot around which Greece and Turkey’s longstanding enmity turns, says 62-year-old Foteini Dritsa.

Outside her souvenir shop, modern semi-rigid Zodiac dinghies and traditional rowing boats are pulled up side by side on the beach.

Between the Greek islanders and their Turkish counterparts “there are ties and friendships,” Dritsa says.

Deputy mayor Stavros Amygdalos agrees that “we have very good relations with our neighbours, we’re twinned with the town opposite, we put on a cultural festival together, there are significant economic ties”.

As the political pressure mounts in far-off capitals, “we’re keeping an eye out, but we’re staying calm and not changing anything about our everyday life”, Amygdalos adds.

On August 10, Turkish navy ships escorted an exploration vessel, the Oruc Reis, into the waters south of Kastellorizo.

Four days before, Greece had signed an agreement with Egypt on the two countries’ respective maritime economic zones, which the parliament in Athens waved through on Thursday.

But its claim that the waters around the island are under Greek sovereignty had Ankara seeing red.

Recent discoveries of large gas deposits in the eastern Mediterranean set the countries around the sea’s rim salivating.

Turkish President Recep Tayyip Erdogan fumed that acknowledging Greek jurisdiction in the region would mean “imprisoning Turkey within its coastline”.

“If the two countries can’t agree, they’ll have to bring their dispute to an international tribunal that will set the dividing line,” Tsakonas predicted.

Ahead of any such move, both sides are flexing their muscles with military manoeuvres, aiming also to draw allies to their side in mutual displays of force.

But the exercises are conducted “out on the open sea, and life on the island isn’t changing”, one coastguard who asked to remain anonymous tells AFP.

“It’s been the same thing ever since I was born,” says fisherman Dimitries Achladiotis with a smile from among his nets. “Tomorrow the Turks are going to invade the island!”

For now, the only things causing a ripple in the crystal-clear waters around Kastellorizo are the sea turtles.