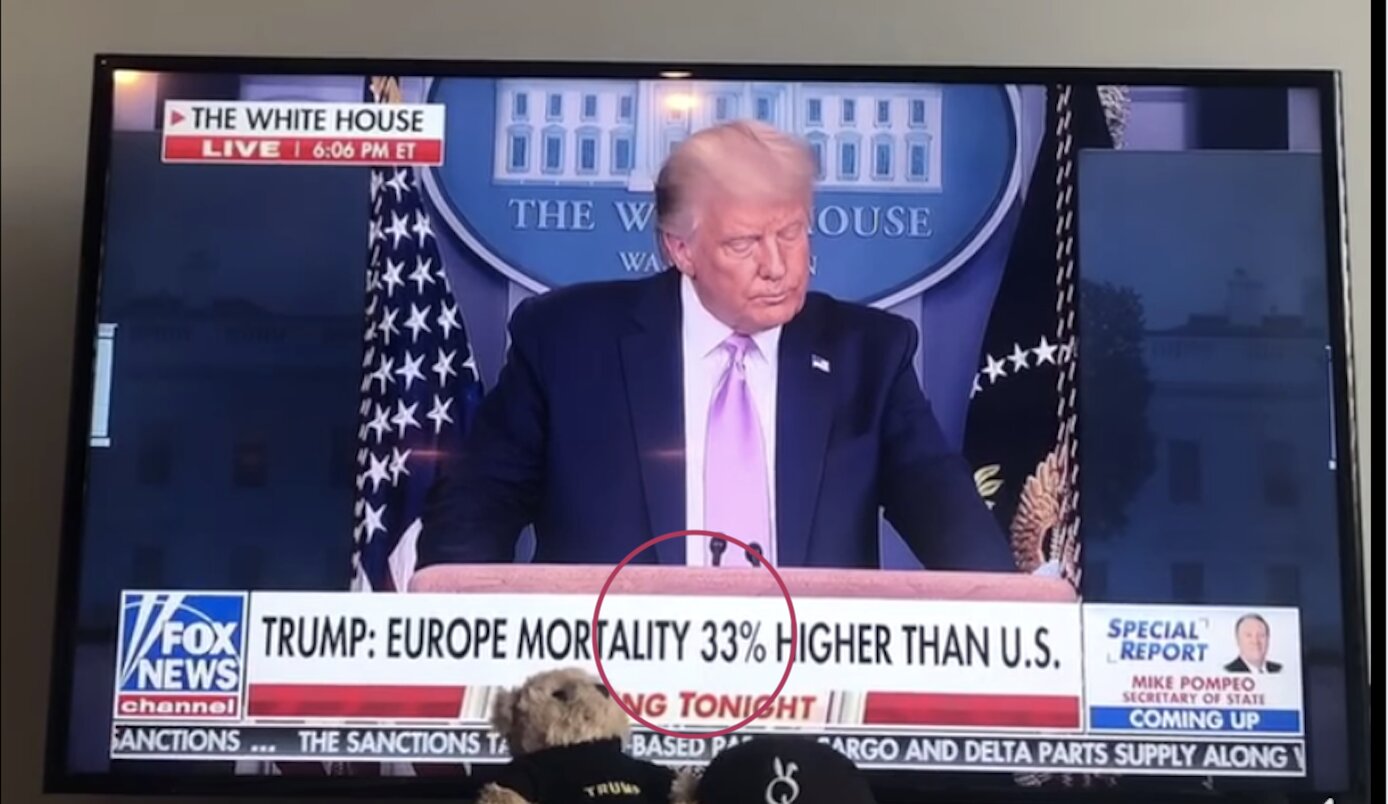 President Trump is now discussing QAnon PUBLICLY. He says Q followers love him and the country and the movement is gaining momentum.

See the following video where the SAME female reporter, on TWO (2) different (scripted) occasions, asks Trump about Q followers asking him if he’s behind saving the world from a “Satanic Pedophile Cabal.” Trump then responds: “Is that supposed to be a bad thing?”

Before you all see the below video and for all the Q people out there, you need to know one term that will save you all from your…NONSENSE: CONTROLLED OPPOSITION. QAnon is a product of Israeli intelligence and is meant to keep you all from learning just who Trump…REALLY IS: A agent of the New World Order meant to deceive all the gullible American patriots out there who love to have their ears tickled. Trump IS CONTROLLED OPPOSITION. For example, he will tell you about the 9/11 conspiracy, yet will NEVER tell you who REALLY did it: the Israeli Mossad in co-operation with the Bush government to bring in the NWO for the whole world. He also will NEVER tell you that one of his own friends, Larry Silverstein, the former owner of the World Trade Towers, played a MAJOR role in the 9/11 crime and also ADMITTED to this 6 months after 9/11 where in a documentary he stated “I gave the order to PULL Tower 7.” The official 9/11 report said it fell by “fires” burning in the building which is architectualy IMPOSSIBLE.

Trump will talk about the JFK assassination and release top secret FBI documents on it that have never seen the light of day (which he did in 2017), yet what he WON’T tell you is the…ISRAELI connection to it and how his own mentor, the Jewish mob boss Roy Con, was listed in DA Jim Garrison’s brief as having also played a role in it in co-operation with the CIA front-company Permandex.

He’ll say “Yeah, we’re going after the pedophiles”, yet he…HIMSELF have been accused MULTIPLE times of being one and his OWN NAME was found on Jeffrey Epstein’s flight log’s for…PEDO-ISLAND.

Watch now the below video. Notice that RIGHT BEFORE this Q question is posed to him, we see the number….33….which is the HIGHEST DEGREE OF FREEMASONRY…flash on the screen in connection with the FAKE “coronavirus”!!! GIVE ME A BREAK!!! THEY ARE TELLING YOU ALL STRAIGHT OUT THAT THIS WHOLE Q QUESTION POSED TO TRUMP IS…SCRIPTED BY THE FREEMASONS THEMSELVES!!! YES, THE VERY FREEMASONS TO WHICH TRUMP HIMSELF HAS ADMITTED THAT HE BELONGS TO!!! IF QANON SUPPORTERS KNEW ANYTHING ABOUT ALL OF THIS, THEY WOULD KNOW THAT THIS IS HOW THE ELITE COMMUNICATE WITH THE PUBLIC: THROUGH SIGNS AND SYMBOLS!!!