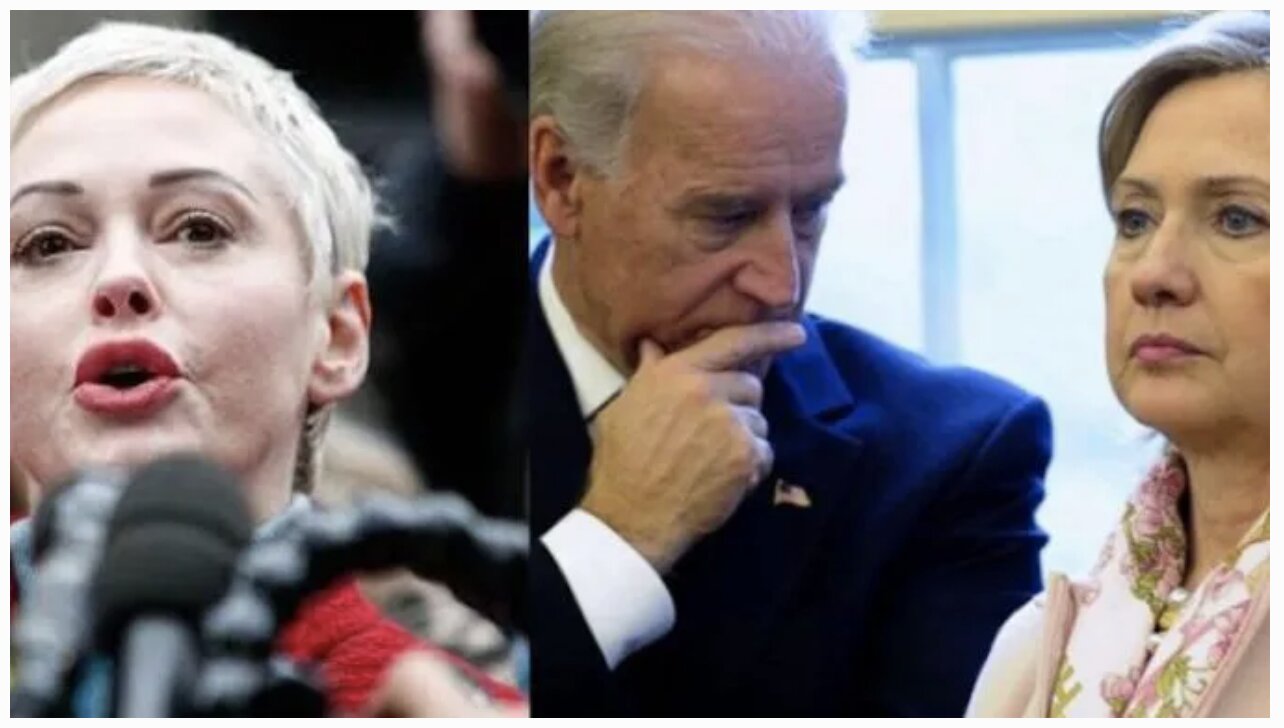 “I was raped by a TOP Democratic donor. Hillary Clinton shut down NBC’s exposé of HW [Harvey Weinstein] with one call from her spokesperson. I strongly believe Joe Biden is a rapist. [The] DNC  [Democrat National Convention] had Bill Clinton, serial abuser of young women (Epstein & others) speak,” McGowan tweeted.

“You want me to be pro-Dem? I know more than you will ever know about their evil. You can hide behind your convenient morality. I won’t”

What McGowan is referring to is the fact that Weinstein is much more than a Hollywood executive. For decades, he was not only a major Democrat donor but also a close personal friend of both the Clintons and Obamas – something the mainstream media would rather not report on.

Former first lady Michelle Obama described Weinstein as a “wonderful human being” and “good friend” in 2013.

Breitbart.com reports: When McGowan says Hillary killed NBC’s exposé, she’s referring to Ronan Farrow’s Pulitzer-winning reporting. Farrow’s reporting not only brought down Weinstein and helped launch the #MeToo movement. Farrow credibly claims he had the Weinstein story locked down for NBC News (including police audio of Weinstein admitting he groped a model) and NBC still showed him the door, but only after Hillary Clinton leaned on him and NBC through her powerful publicist.

McGown, like a lot of people – at least anyone with an open mind who’s looked at the evidence – says she believes Tara Reade when she writes “I believe Joe Biden is a rapist.” Reade has credibly claimed Biden assaulted her in 1993. The evidence backing up that claim is mind-blowing.

As far as Bill Clinton the “serial abuser,” the DNC still allowed Clinton to speak, even as his sleazy connections to Jeffrey Epstein come more and more to light every day. To the surprise of no one, Hillary also appears to be part of this.

So imagine you are Rose McGowan. You’re the Ground Zero of the #MeToo movement and nothing’s changed, not a goddamned thing.

McGowan is the one who risked all the horrors that come with violating Harvey Weinstein’s non-disclosure agreement, and did so when he was still Harvey Fucking Weinstein, not an old rapist clunking around on a walker. She’s the tip of the spear, she’s the one who lost her career, she’s the one who burned all the bridges — and now — thanks in no small part to sellout (and McGowan’s former charmed co-star) Alyssa Milano, it was all for nothing. Everything keeps right on keeping on.

Oh, sure, McGowan was a real hero when “problematic” men were being taken down, men who could easily be replaced, men whose time had passed, men like Brett Kavanaugh who are ideologically unacceptable. Go Rose!

But Joe Biden? Whoa, whoa, whoa… Let’s not go crazy here. We need him to stop Trump and we need Bill Clinton to make the case for him and Hillary is part of that package deal, so Crazy Rose needs to go away now…

Tara Reade, Rose McGowan… They’re liars now, crazies, attention-whores… Just like all women who dare to accuse or speak out against any man needed to further the left-wing cause.