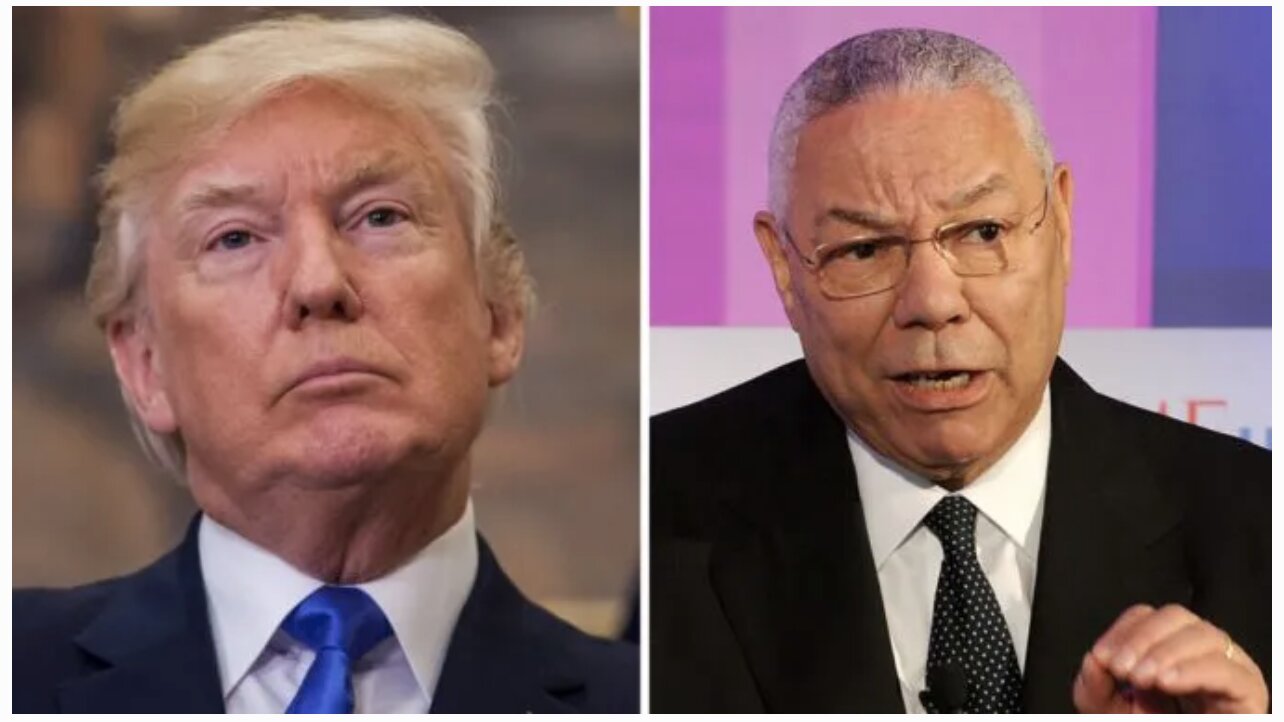 President Trump has shared a tweet that calls warmonger Colin Powell a ‘Neocon weapons of mass destruction hoaxer’, and describes Joe Biden as the Establishment’s puppet.

Powell, the former Secretary of State who served under President George W Bush, appeared at the Democratic National Convention on Tuesday night to endorse Joe Biden for president.

He told the DNC that he shared the same common values as Biden and supported him “because we need to restore those values to the White House.”

He also slammed the Trump administration for sowing division between Americans.

“Today, we are a country divided, and we have a president doing everything in his power to make it that way and keep us that way,” said the man who lied the US into disastrous 2003 Iraq war.