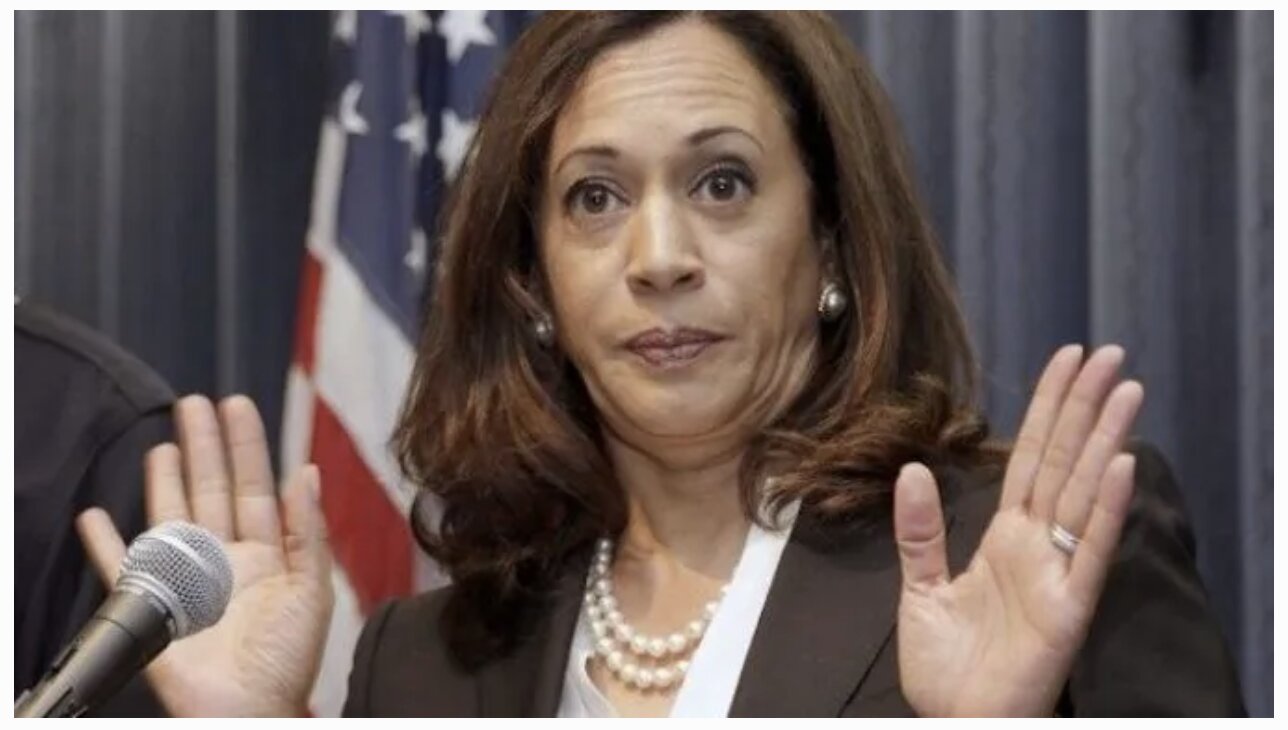 During Kamala Harris’s tenure as San Francisco’s chief prosecutor she failed to prosecute any of the sexual abuse claims brought against pedophile priests in the city, while at the same time receiving “large, unprecedented” donations from high-level officials in the Catholic Church.

During Harris’s 13-year tenure as district attorney and then attorney general, she failed to prosecute a single case of pedophile priest child sexual abuse. To put that in context, during that same period at least 50 major cities across America brought charges against priests.

At the same time Harris failed to pursue prosecution of cases of priest child sexual abuse, her office “would strangely hide vital records on abuses that had occurred,” according to Peter Schweizer, president of the Government Accountability Institute.

Breitbart report: The bombshell details show that while Harris’s predecessor, former San Francisco District Attorney Terence Hallinan, had launched an aggressive investigation into priests of the Archdiocese of San Francisco accused of sexual abuse, Harris’s campaign to unseat Hallinan showed an unusual influx of unparalleled donations from high-level officials of the Catholic Church.

Harris had no particular ties to the Catholic Church or Catholic organizations, but the money still came in large, unprecedented sums. Lawyer Joseph Russoniello represented the church on a wide variety of issues, including the handling of the church abuse scandal. He served on the Catholic Church’s National Review Board (NRB) of the U.S. Conference of Catholic Bishops. The purpose of the NRB was to review Catholic Church abuse cases. Russoniello was also a partner in the San Francisco law firm Cooley Godward. Russoniello donated the maximum amount by law to her campaign, $1,250, and his law firm added another $2,250. He also sat on Harris’s advisory council when she was San Francisco district attorney. Another law firm, Bingham McCutcheon, which handled legal matters for the archdiocese concerning Catholic Charities, donated $2,825, the maximum allowed. Curiously, Bingham McCutcheon had only donated to two other candidates running for office in San Francisco before, for a total of $650. As with Russoniello, their support was unusual.

In addition to campaign donations from multiple law firms defending San Francisco priests against abuse claims, Schweizer observed that “board members of San Francisco Catholic archdiocese-related organizations and their family members donated another $50,950 to Harris’s campaign.”

As Schweizer noted, Harris’s ties to those working to block exposure of the archdiocese’s secret documents containing information about priests accused of sexual abuse were extensive.

The author explained that attorney Paul Renne of Cooley Godward was the husband of former San Francisco city attorney Louise Renne, a mentor to Harris. Paul Renne worked with lawyer Joseph Russoniello, who, as Schweizer wrote, “negotiated the agreement to bury the abuse records from public view.”

Though Harris has touted her early career as a sexual crimes prosecutor, after she won her run-off campaign against Hallinan, her office actually worked to cover up the records of claims of sexual abuse by priests of the San Francisco archdiocese.

Hallinan’s office had used the archdiocese files to guide its investigations and talked publicly about releasing the documents after removing victims’ names and identifiers. Harris, on the other hand, abruptly decided to bury the records. For some reason, she did not want the documents released in any form. Harris’s office claimed that the cover-up was about protecting the victims of abuse. “District Attorney Harris focuses her efforts on putting child molesters in prison,” her office claimed. “We’re not interested in selling out our victims to look good in the paper.”

Victims’ groups, however, were quite eager for the documents to be released.

“They were outraged by her actions,” Schweizer noted. “Far from protecting victims, they argued, the cover-up was actually protecting the abusers by keeping their alleged crimes secret.”

“They’re full of shit,” Joey Piscitelli, the northwest regional director of Survivors Network of Those Abused by Priests (SNAP), said, reported Schweizer. “You can quote me on that. They’re not protecting the victims.”

Similarly, attorney Rick Simons, who represented victims of clergy sexual abuse, said Harris’s action of covering up the documents “shows a pattern and practice and policy of ignoring the rights of children by one of the largest institutions of the city and county of San Francisco, and in the Bay Area.”

When Harris attempted to shift the blame for hiding the records to Hallinan, her predecessor responded that she engaged in “the kinds of deals that have allowed the church sex scandal to go on as long as it has.”

As a result of Harris’s efforts to cover up the documents, Schweizer wrote that psychologist James Jenkins, who founded the archdiocese’s Independent Review Board – which oversaw the methods to handle abuse claims – “abruptly resigned from the board”:

He accused the church of “deception, manipulation and control” for blocking the release of the board’s findings. Jenkins argued that Harris’s deal with the archdiocese not only denied the rights of known victims, it also prevented other possible cases from coming forward.

In April 2010, Schweizer reported Harris’s office denied a request from a San Francisco Weekly journalist who sought the archdiocese’s abuse records. Similarly, Schweizer wrote he requested the same documents in 2019, through an attorney in California.

“The San Francisco district attorney’s office responded they no longer had them in their possession,” he noted.

“Were they destroyed? Were they moved somewhere else?” Schweizer asked. “It remains a disturbing mystery.”