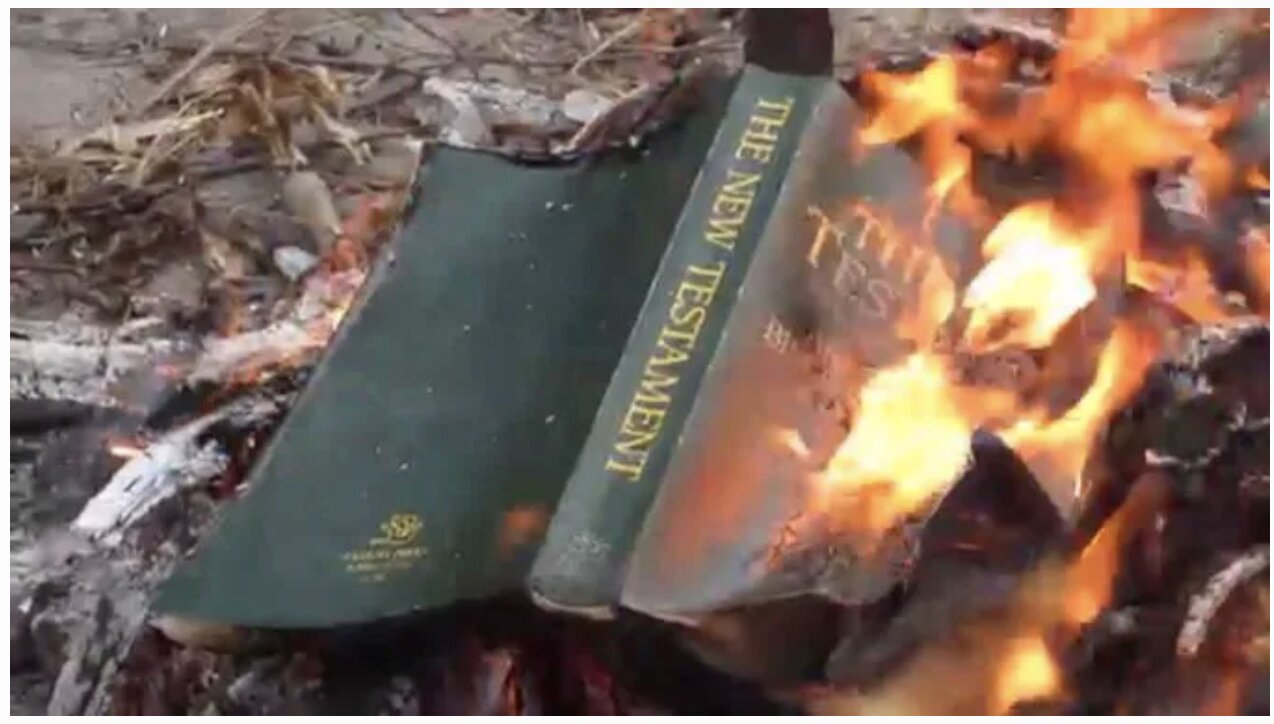 Far-left Antifa and Black Lives Matter protesters in Portland slaughtered a pig and set its head alight, as well as burning US flags and stacks of Bibles as violent riots in the city pass the two month mark.

The latest Antifa tactics helps make it very clear which side Antifa is on and all who associate with them.

Rioters in Portland also set alight a severed pig’s head wrapped in a US flag outside the federal courthouse to protest against police in the city as the violent riots pass the two-month mark.

Conservative journalist Andy Ngo reported that the severed pig’s head was left outside the Justice Center.

According to Andy Ngo, police rescued a terrified live pig near the downtown area of the city in the first few weeks of the riots.

“It is believed a protester was going to kill the pig as an act of anti-police protest but abandoned it last minute,” says Ngo.

The Washington Post reported that violence decreased since the Trump administration agreed to pull federal officers back if the violence against the courthouse stopped.

However, U.S. Attorney Billy J. Williams blasted the media for refusing to call the violent riots “criminal,” while calling out those blaming federal agents for the violence.

Coronavirus: Pubs ‘may need to shut’ to allow schools to reopen