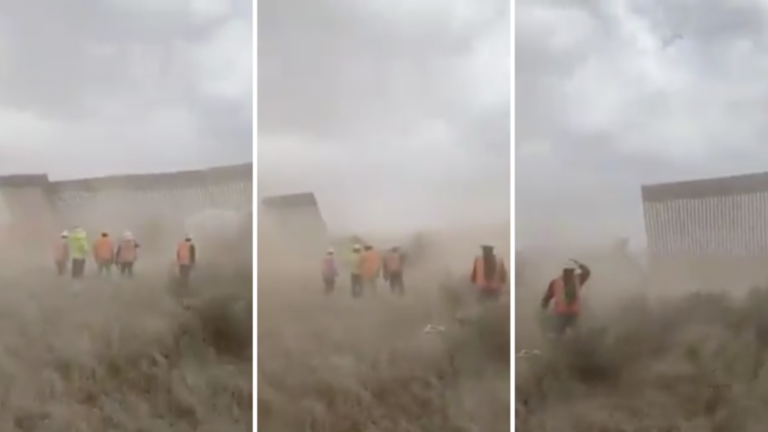 A section of the US-Mexico border wall in South Texas has reportedly failed to withstand the power of nature, collapsing under the strong winds of Hurricane Hanna, and sending President Trump’s critics into overdrive.
“For the fury of nature, there are no borders,” wrote Yadith Valdez, who was among the first to share a viral video that apparently shows a part of the border fence between the United States and Mexico going down.
UrlPreviewBox
READ MORE HERE >> https://www.rt.com/usa/495928-texas-border-wall-collapse-hurricane/
UrlPreviewBox
Share 0 FacebookTwitterPinterestLinkedinEmail
previous post