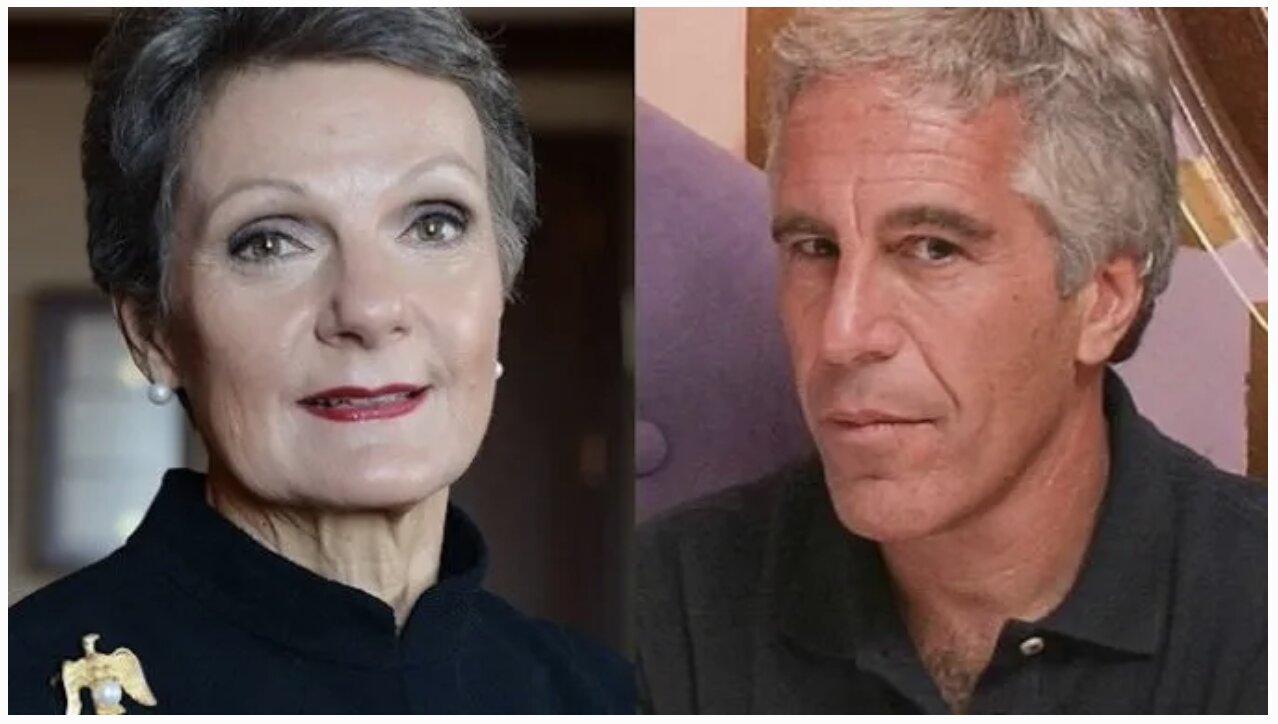 A judge has ordered the unsealing of a vast trove of Jeffrey Epstein documents initially filed under seal that are believed to contain allegations against other public figures who associated with the convicted pedophile.

Judge Loretta Preska said that 80 Epstein documents – which run to hundreds of pages and include files Ghislaine Maxwell has desperately attempted to keep sealed – will be made public within a week.

The documents will include depositions from Ghislaine Maxwell, which could explain her alleged role in Epstein’s sex trafficking and blackmail operation.

DailyMail report: They could include details about Maxwell’s sex life that her lawyers have previously tried to stop from being released, relating to a seven-hour, 418-page deposition Maxwell gave which her legal team said was ‘extremely personal, confidential’.

In filings Maxwell’s lawyers have called the depositions a ‘series of (efforts) to compel Maxwell to answer intrusive questions about her sex life’.

The documents will also include communications between Maxwell and Epstein from January 2015 when Virginia Roberts made explosive allegations about them in court papers.

In the papers Roberts claimed she was forced to have sex with Prince Andrew three times at Epstein’s command.

The case is separate from the criminal proceedings against Maxwell, 58, who is accused by federal prosecutors of procuring girls as young as 14 for Epstein to abuse. She has pleaded not guilty and is due to stand trial next year.

The case ruled on Thursday was originally brought by Roberts, now a 36-year-old mother-of-three who lives in Australia and goes by her married name Virginia Giuffre.

She sued Maxwell in 2015 for defamation because Maxwell accused her of lying.

Roberts said in court filings that Maxwell recruited her and other girls into a sex trafficking ring for ‘politically connected and financially powerful people’.

The case was settled in 2017 for an undisclosed sum but media organizations sued for documents in the case to be made public.

During the hearing at Manhattan’s federal court, Judge Preska said Maxwell’s right to privacy was outweighed by the need for the documents to become public.

She went through the dozens of documents, which included Giuffre’s depositions and various dull-sounding legal papers.

The contents however could be explosive and may contain fresh evidence against the wealthy elite who socialized with Epstein.

After the ruling Maxwell’s lawyer Laura Menninger asked for a two week delay in the unsealing so they could file an appeal in the Second Circuit in New York.

Menninger said: ‘There have been some significant changes with respect to my client’s positions and perhaps known to everyone listening to this, while we were speaking about a potential ongoing criminal investigation (before), since that time Miss Maxwell has been indicted and a trial has been scheduled.

‘Now we are in a vastly different position and have grave concerns about our clients ability to receive a fair trial given the intense media scrutiny around anything that is unsealed’.

Giuffre’s lawyer Sigrid McCawley said she wanted the documents made public ‘as swiftly as possible’.

Judge Preska said if the Second Circuit had not ruled within a week then the files should be made public.

The lawsuit to release the documents was originally filed by the Miami Herald and their reporter Julie Brown, whose series on Epstein called ‘Perversion of Justice’ in 2018 put renewed focus on the case and led to his arrest last July.

As a result there are thousands of pages of documents which are being released on a rolling basis.

Each time a person’s name comes up they are notified and given the chance to make objections to their name becoming public.

There were two John Does in this latest batch but they did not make any complaints when approached to make any comments, according to court filings.

The Second Circuit had already ordered 2,000 pages of documents to be made public and they were released last August, the day before Epstein killed himself.

The documents included the unpublished manuscript of a memoir from Epstein accuser Virginia Roberts which detailed her years of abuse by him.

There were depositions from Epstein’s pilots, his former associates and flight logs showing him traveling the globe with his victims and famous people such as Bill Clinton.

Among those who have taken an interest in the defamation case are lawyers for a ‘John Doe’ who appears to be somebody who will be featured in the documents.

His identity is unclear but the powerful men who have been accused of involvement with Epstein include former Israeli Prime Minister Ehud Barack.

On the same day Maxwell was dealt another blow when the judge overseeing her criminal case refused her request to gag the FBI, prosecutors and victims’ lawyers.

Judge Alison Nathan said Maxwell could still get a fair trial but warned she would ‘not hesitate to take appropriate action’ if anyone stepped out of line.

Maxwell’s lawyers had claimed that comments by the prosecutors and victims’ lawyers meant that a jury could be prejudiced against her.

Attorneys for Jeffrey Epstein’s alleged madam objected to the FBI referring to her as a ‘slithering snake’ at a press conference announcing her arrest on July 2.

The letter from Maxwell’s lawyers, which was filed on Tuesday, said: ‘We write to request that the Court enter an order prohibiting the Government, its agents and counsel for witnesses from making extrajudicial statements concerning this case.

‘Although Ms. Maxwell is presumed innocent, the Government, its agents, witnesses and their lawyers have made, and continue to make, statements prejudicial to a fair trial.

‘A defendant must be judged by a jury of her peers based on evidence presented at trial, not in the media’.

Maxwell’s lawyer, Jeff Pagliuca, outlined seven wide-ranging categories which prosecutors, the FBI and victims’ lawyers should be banned from talking about.

This included ‘the character or reputation of the accused’ and ‘any opinion as to the accused’s guilt or innocence or as to the merits of the case or the evidence in the case’.

Pagliuca said he had been forced to act after the inappropriate handling of the case, starting with the raid at Maxwell’s $1 million home in New Hampshire on July 2nd.

He complained she was apprehended ‘without notice’, even though her lawyers were in regular contact with prosecutors.

The letter strongly objected to comments by Audrey Strauss, the top federal prosecutor overseeing her case, that Maxwell lied because the truth was almost unspeakable’.

Pagliuca complained about FBI Special Agent William Sweeney calling Maxwell a ‘villain’ who has ‘slithered away to a gorgeous property in New Hampshire’.

The letter said: ‘Thus, Mr. Sweeney offers the Government’s, again flatly wrong, opinions about character and guilt while, at the same time, invoking a semi-biblical reference involving a snake slithering away to a garden in New Hampshire’.

Baxter Dmitry is a writer at Your News Wire. He covers politics, business and entertainment. Speaking truth to power since he learned to talk, Baxter has travelled in over 80 countries and won arguments in every single one. Live without fear.
Email: [email protected]
Follow: @baxter_dmitry
https://newspunch.com/judge-orders-court-unseal-explosive-jeffrey-epstein-docs-within-7-days/
Share 0 FacebookTwitterPinterestLinkedinEmail
previous post