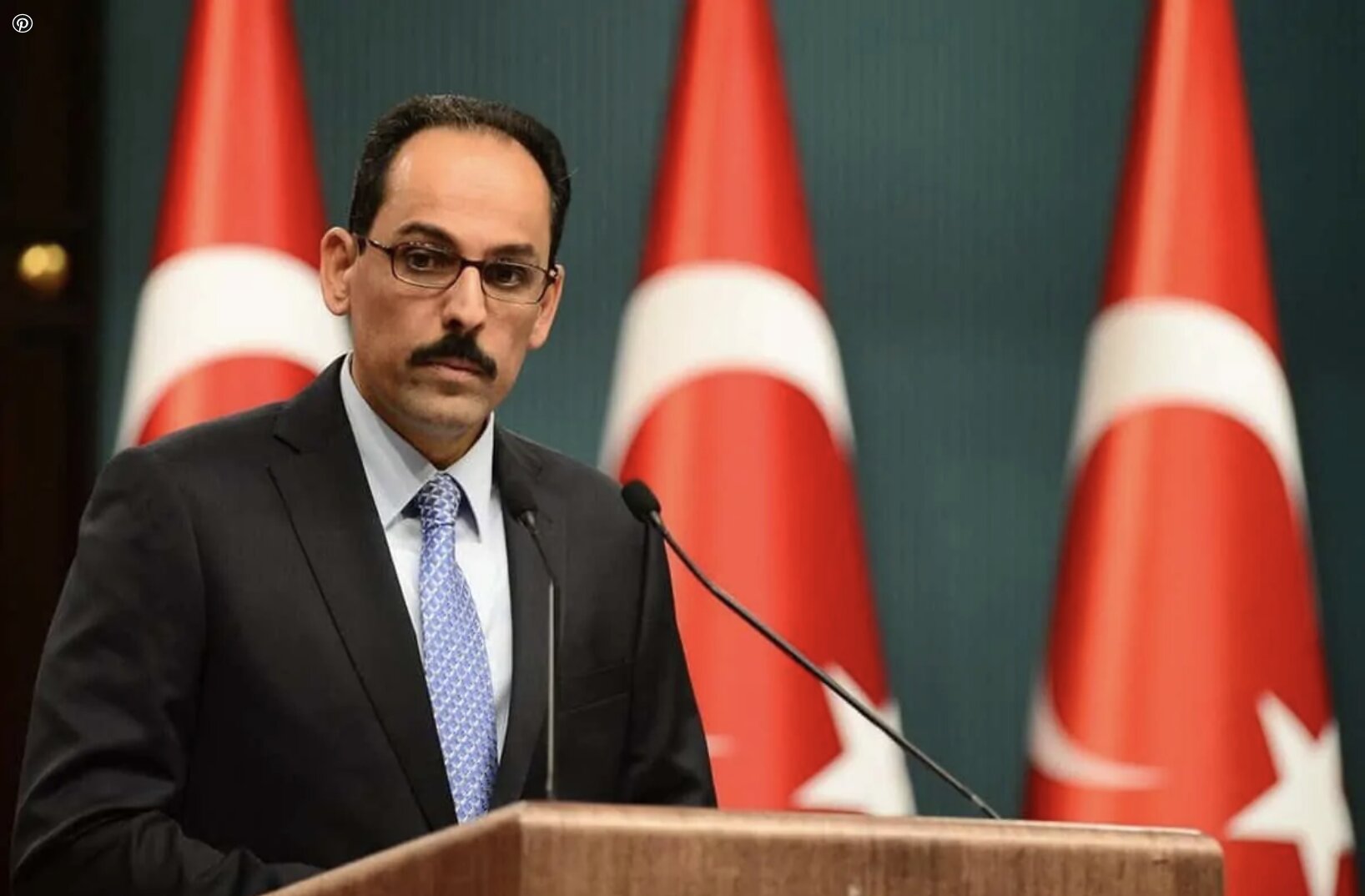 by PAUL ANTONOPOULOS
It appears that the Greek military’s strong response in dealing with Turkish plans to illegally violate Greece’s maritime waters, has caused a panic in Ankara with a spokesman for Turkish President Recep Tayyip Erdoğan saying that Greece’s response was “excessive.”

“We do not want military or political tension. We want Turkey and Greece to agree on a settlement. We are ready to discuss all issues with Greece,” said İbrahim Kalın, one of the key spokespeople of the Erdoğan regime.

Speaking at a seminar at the European Policy Centre think-tank, Kalın said “Greece is an important neighbour, we share history and culture. We are together in NATO, we share a lot. There are issues in the Eastern Mediterranean and the Aegean that have not been resolved for legal reasons. Greece claims that islands such as Kastellorizo ​​have a continental shelf. But it is 2 km from Turkey and 580 from the Greek territory (mainland). This cannot be the case, it is against logic and international treaties. Greece has maximalist views.”

He of course did not mention which specific international treaty.

In fact, when it comes to international law regarding waterways, Turkey is one of only 15 countries in the entire world to not sign the United Nations Charter Law of the Sea.

“Greece’s reaction is excessive. As if it were a military move. We do not want military or political tension. We want Turkey and Greece to agree on a settlement. We are ready to discuss with Greece on all issues, the President has said: for EEZs [Exclusive Economic Zones], continental shelf, islets, all part of the discussions,” Kalın underlined.

Regarding Cyprus, Erdoğan’s mouthpiece stated “There are disputed areas in Cyprus as well. They use the fact that they are members of the EU to put pressure on Turkey. Sanctions and the language of blackmail will not work. We want to share energy reserves. Turkey has been excluded from all movements in the Eastern Mediterranean, involving Greece, Cyprus, Israel and others. For political reasons, ideological reasons exclude Turkey. And now they just want Turkey to watch.”

“What we want to do is turn a new page, start negotiations on all issues, to restore trust, we believe that everything can be resolved through negotiations. If it pushes a side, a country with threats, it will lead nowhere,” ignoring the fact that Turkey on Tuesday was prepared for 17 of its warships to illegal violate Greece’s maritime space.

He also made extensive reference to Turkey’s relations with the European Union.

“Our President has spent time and political capital to start accession talks in 2004. We worked hard to solve the Cyprus problem, but the Annan plan was rejected by Greek Cypriots, not by the Turkish side. This caused frustration, at the UN, the US, and everyone,” he said, adding that “Immediately after the Annan Plan, Cyprus became a member of the EU. The EU violated its principle and included a country that has a problem with its neighbour. It’s important to remember that.”

Erdoğan’s mouthpiece stressed that Turkey wants to join the EU, but Europe does not seem to want it either.

“Turkey wants to join the EU and has hit a wall on the EU side. Excuses to prolong the process. And then, for the disputed areas in the Mediterranean. Why is the EU taking a stand? Just because some EU members say so, it takes its place. We say talk and resolve the issue. Instead, they punish Turkey with sanctions. I want to be positive and hopeful. Talking to each other rather than to each other. If the EU wants to be a force for stability, for regional and global peace, it must work with Turkey,” he added.

Coronavirus: We could have done things differently, says PM