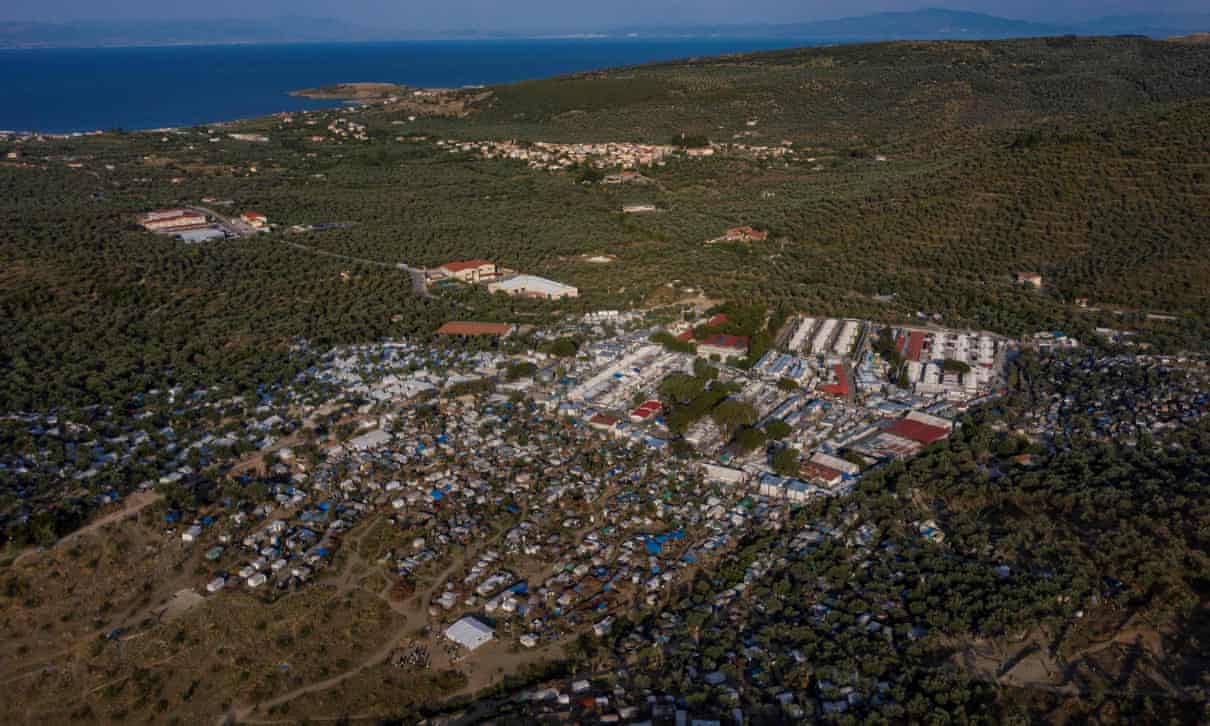 The refugee camp of Moria in the island of Lesbos, June. Photograph: Aris Messinis/AFP/Getty Images

Greece is stepping up preparations for a possible increase in migrants and refugees reaching the Aegean islands from Turkey, as police arrested six alleged people smugglers at the weekend.

The ability of traffickers to circumvent the vast flotilla of naval ships and coastguard patrols conducting border surveillance in the area has reinforced fears of a surge in migrants arriving at a time of dangerously deteriorating ties between the two countries.

On almost all fronts the two Nato countries are at odds. “We have to be prepared and have set up extra camps on all the islands that will also act as quarantine areas given the risk of Covid-19,” said Manos Logothetis, the migration ministry’s general secretary in charge of asylum seekers’ reception. “The weather is optimal for crossings and the concern now very real that Turkey may once again use these people as an instrument to exert pressure on Europe and Greece.”

Over the weekend two boats carrying 90 men, women and children landed on the shores of Lesbos, in the fifth such incident this month despite migratory flows dropping dramatically in 2020.

On Saturday police in Athens announced they had arrested six alleged smugglers who were using sailboats to traffic migrants from Greece to Italy. In February a similar network, using sailing vessels to smuggle migrants willing to pay €4,000 each to reach Italian shores, was also dismantled.

Relations between Ankara and Athens, and also the EU, have become increasingly strained following repeated threats by Turkey’s president, Recep Tayyip Erdoğan, to release hundreds of thousands of refugees into Europe – prompting reinforcement of defences along Greece’s land and sea frontiers with the aid of Frontex, the EU border agency, this year.

Turkish claims over offshore gas deposits in the eastern Mediterranean have raised the temperature further and are expected to be the focus of talks between Athens’ centre-right government and the visiting German foreign minister on Tuesday.

Concern over a potential surge in migratory flows comes against a backdrop of tensions that recently have been fuelled by Erdoğan’s decision to convert the former Byzantine basilica of Hagia Sophia from its near century-long status as a museum – conferred when Turkey’s avidly secularist modern-day founder, Mustafa Kemal Ataturk, ended its standing as a mosque – back into a Muslim place of prayer.

Greek ire has been piqued by the announcement that the first Muslim prayers will be held in the Istanbul landmark this Friday, the anniversary of the signing of the 1923 treaty of Lausanne, defining the two neighbours’ borders. Erdoğan has increasingly questioned the historic pact, describing it as “humiliating” for Turkey.

“Greek-Turkish relations are going through one of their roughest ever periods and day after day, month after month, they are getting worse,” Pavlos Tsimas, a political commentator, told the Guardian. “For the first time since 1996,” he said, referring to the two rivals almost coming to war over a pair of uninhabited islets in the Aegean, “a military clash is not impossible or improbable.”

Ankara has announced plans to begin hydrocarbon exploration south of the islands of Crete, Karpathos, Kasos and Rhodes later this summer. “If Turkey sends a ship to drill in Greek waters, Athens will be forced to respond,” added Tsimas. “There is a sense that Erdoğan feels he has the green light to do what he wants from this White House, with many seeing a window of danger from August until late October before US elections.”

The Greek government, echoing Frontex, has voiced fears over refugee arrivals mounting as Turkey relaxes Covid-19 restrictions that have curtailed movement of migrants within the country.