Copyright 2021 - All Right Reserved
Home ENGLISH ARTICLES DERANGED SJW YELLS TO AIRLINE PASSENGERS: ‘I WILL KILL EVERYBODY ON THIS PLANE UNLESS YOU ACCEPT JESUS WAS A BLACK MAN’
ENGLISH ARTICLES 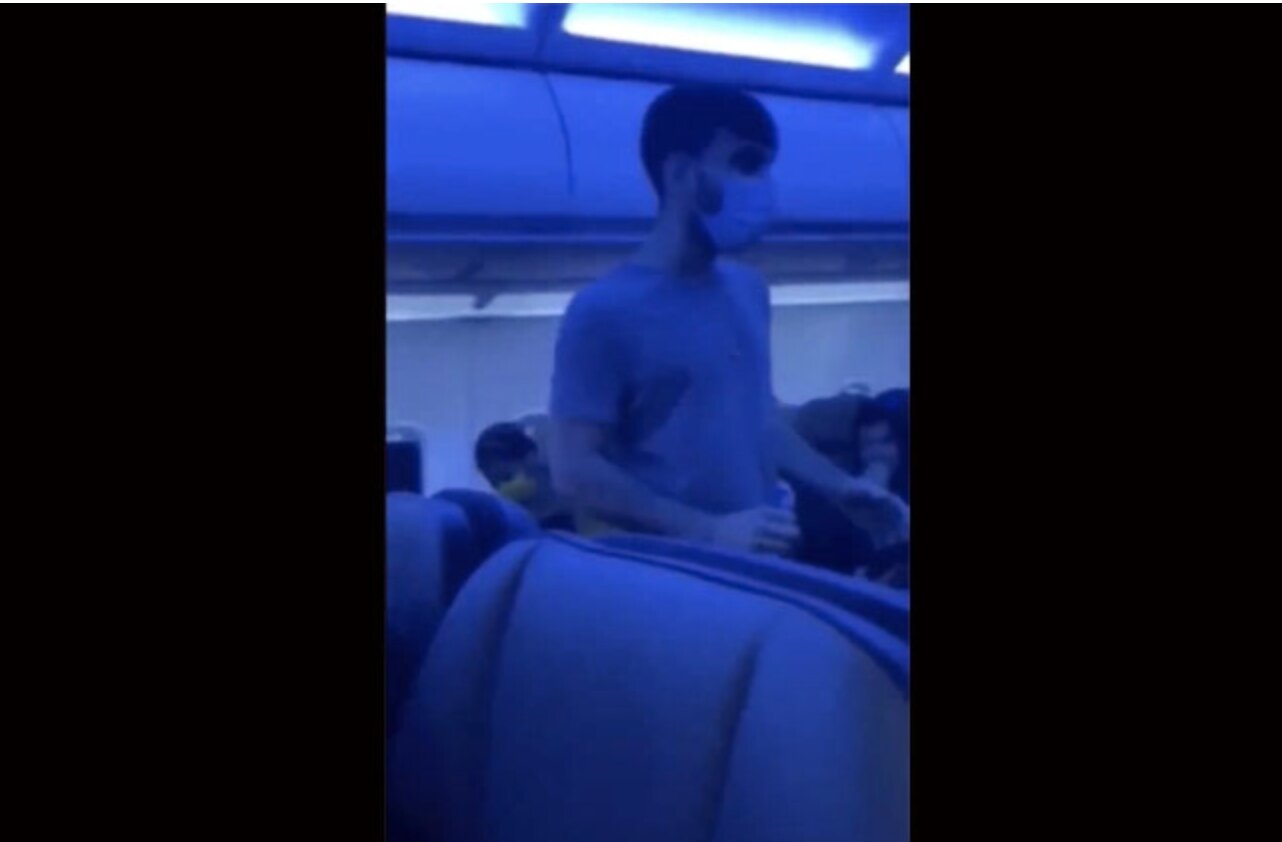 Black Lives Matter worship among the left on full display

Jamie White | Infowars.com – JULY 13, 2020
A brainwashed social justice warrior went berserk on an Alaska airlines flight over the weekend, threatening to murder everybody on board if they didn’t “accept” that “Jesus was a black man.”
The bizarre incident was captured on video, showing a man in a face mask yelling at surrounding passengers from the aisle.

“I will kill everybody on this plane unless you accept Jesus was a black man!” the man shouted.

On Saturday night, a flight from Seattle-Tacoma to Chicago tested travelers. One of the passengers threatened another death ?. Fortunately, there was a police officer ?‍♂️on board who took care of the aggressive traveler along with several others.#alaskaairlines pic.twitter.com/ORieKtcHYV

“I will kill everybody! Accept it! DIE IN THE NAME OF JESUS!” the man yelled before lunging on a nearby passenger.

Two other passengers, one reportedly a police officer, sprang into action and attempted to restrain the lunatic.

It’s unclear why the man freaked out about “black Jesus”, but it could have something to do with the fact that every passenger was asked to be tested for COVID-19.

The flight was headed to Chicago from Seattle, a far-left Antifa and Black Lives Matter hotbed.

Notably, many experts conclude that Jesus was not black.

“We don’t know what [Jesus] looked like, but if all of the things that we do know about him are true, he was a Palestinian Jewish man living in Galilee in the first century,” says Robert Cargill, assistant professor of classics and religious studies at the University of Iowa and editor of Biblical Archaeology Review. “So he would have looked like a Palestinian Jewish man of the first century. He would have looked like a Jewish Galilean.”