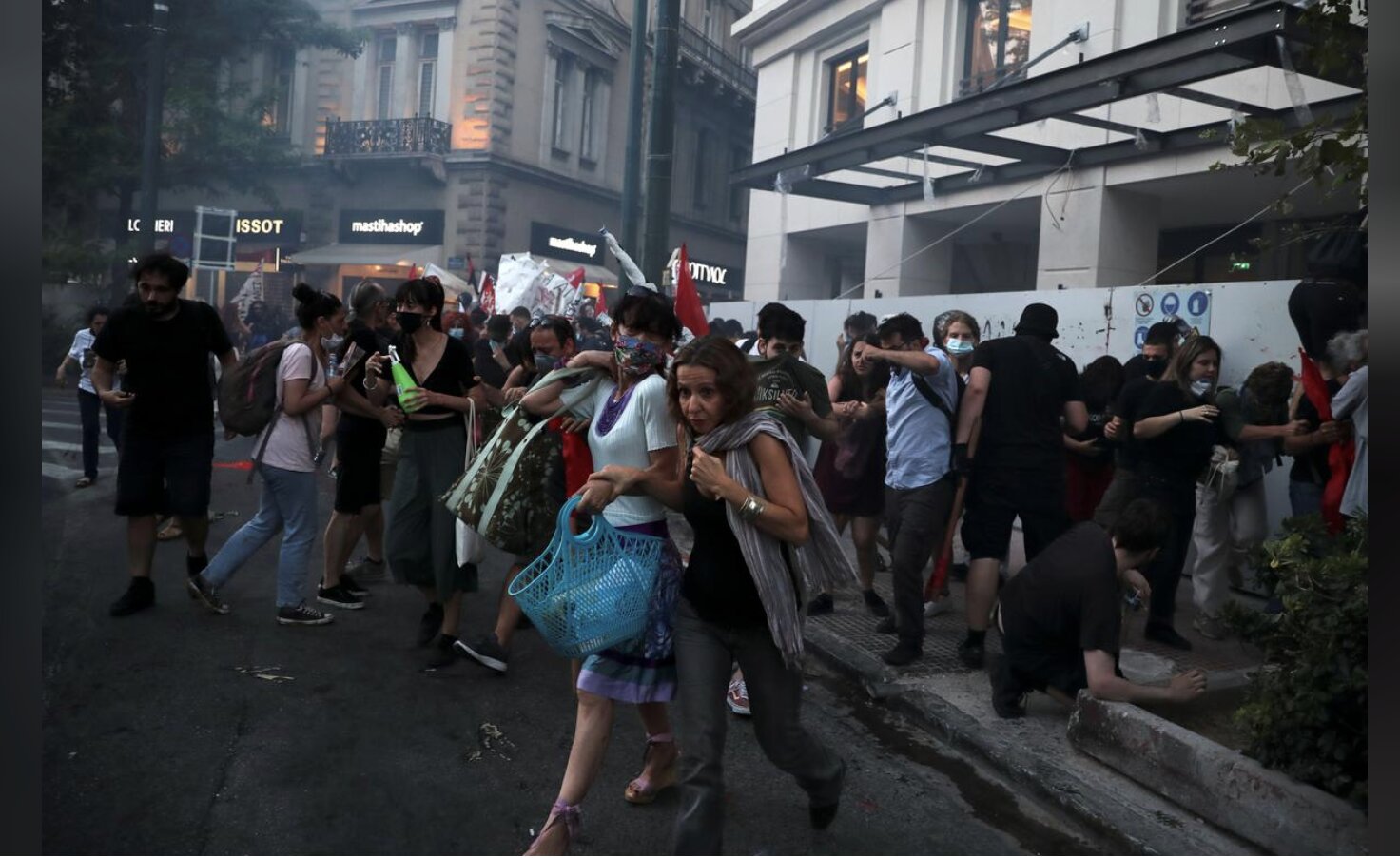 Demonstrators protect themselves from tear gas as they clash with riot police during a demonstration against government plans to regulate street protests, in front of the parliament building in Athens, Greece, July 9, 2020. REUTERS/Alkis Konstantinidis

The law was introduced by Greece’s conservative government in an attempt to regulate demonstrations which it says cause frequent disruptions to the public and affect commerce.

About 10,000 demonstrators rallied outside parliament holding banners reading “hands off demonstrations”. A group of protesters who peeled off from the main group threw petrol bombs at police, who responded with teargas.

The bill mandates the appointment of a liaison officer, restrictions on demonstrations or outright bans if authorities deem they threaten public safety. It also holds organisers accountable for harm or damage caused by protesters.

The new legislation was approved by 187 lawmakers in the 300-seat parliament.

Street protests occur frequently in Greece, which is still recovering from a deep socioeconomic crisis that erupted in late 2009 and led to three international bailouts on tough austerity terms.

During the crisis, Syntagma Square in front of parliament was the scene of large anti-austerity protests, some of which turned violent. Demonstrations have continued during the economic recovery but turnout has fallen.

“One’s freedom to protest is as valuable as another person’s freedom to reach the hospital, his work, his home,” said Prime Minister Kyriakos Mitsotakis in a parliamentary address supporting the bill.

The new rules aim to replace a 1971 junta decree restricting rallies. Unionists and opposition parties accuse the government of acting preemptively to quash any opposition to possible fallout from the coronavirus pandemic.

“The government … dares boldly with a junta-inspired bill to promote new restrictions to quash and destroy a main democratic right, which our people conquered through bloody battles,” unionist Dimitris Karagiannis said before the vote.