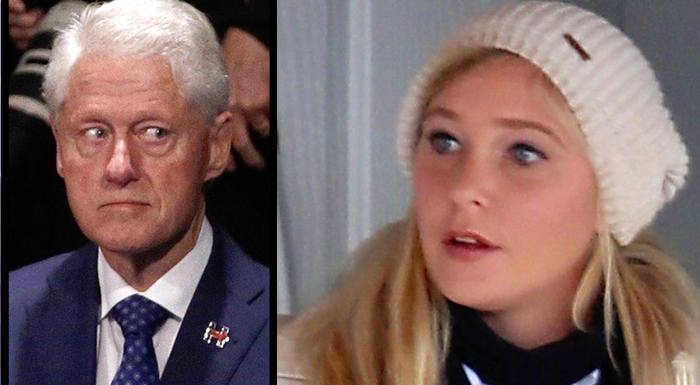 This article is from 2016, but APROPOS AS EVER, especially in light of the Ghislaine Maxwell arrest! The internet is still full of references to this. WILL ANONYMOUS FINALLY RELEASE THIS SUPPOSED VIDEO???…

While the media is slamming Donald Trump about multiple allegations from women of sexual harassment, they’re completely ignoring the threat hacker group Anonymous made earlier this week about Bill Clinton.

While even conservatives think that story is too fantastic to possibly be true, this little-known story from January might be a MAJOR clue!

Virginia Roberts, who’s accused Epstein of turning her into a “sex slave” at age 17 and forcing her to sleep with his powerful friends, claimed Clinton stayed in one of the many villas on Epstein’s US Virgin Islands estate — where group sex was a “regular occurrence.”

“I remember asking Jeffrey, ‘What’s Bill Clinton doing here?’ kind of thing, and he laughed it off and said, ‘Well, he owes me a favor,’ ” Roberts told her lawyers in a 2011 interview obtained by RadarOnline.com. “He never told me what favors they were.”

Could this visit be the event Anonymous is referring to?

Bill’s history is why protestors are showing up to Clinton rallies and screaming “Bill Clinton is a rapist:”

Isn’t it weird how the mainstream media rips into Trump with any lurid accusation but ignores those that might hurt Hillary?