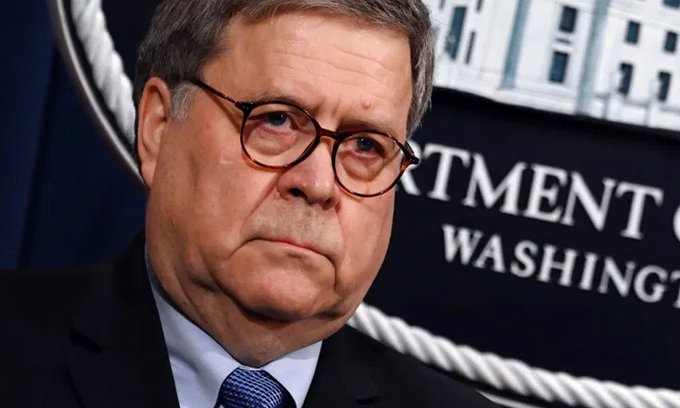 WASHINGTON – The Trump administration announced Friday night that Manhattan U.S. Attorney Geoffrey Berman, who has handled a number of investigations involving the president or his campaign, will be leaving that job, though Berman fired back that he hadn’t resigned and would stay on to ensure his office’s cases proceed unimpeded.

The surreal Friday night standoff marks the latest battle over the Trump administration’s management of the Justice Department. Democrats have decried what they charge has been the politicization of the department under President Trump and his attorney general, William Barr.

Barr announced the personnel change in a statement, saying the president plans to nominate the current chairman of the Securities and Exchange Commission, Jay Clayton, for the job.

Berman’s office has been conducting a criminal investigation of President Donald Trump’s lawyer Rudy Giuliani in a campaign finance case that has already led to charges against two of Giuliani’s associates.

Berman fired back with a blistering public statement.

“I learned in a news release from the Attorney General tonight that I was ‘stepping down’ as United States Attorney. I have not resigned, and have no intention of resigning, my position, to which I was appointed by the Judges of the United States District Court for the Southern District of New York,” Berman said.

“I will step down when a presidentially appointed nominee is confirmed by the Senate. Until then, our investigations will move forward without delay or interruption. I cherish every day that I work with the men and women of this Office to pursue justice without fear or favor – and intend to ensure that this Office’s important cases continue unimpeded.”

Barr said in his statement that while the Senate considers Clayton’s nomination, the job will be filled by Craig Carpenito, who is the U.S. attorney in New Jersey. Carpenito will take over the job on July 3, Barr said.

“Geoff has done an excellent job leading one of our nation’s most significant U.S. Attorney’s Offices, achieving many successes on consequential civil and criminal matters,” Barr said.

Federal prosecutors in Manhattan handle some of the most sensitive financial, political and national security cases in the Justice Department, and Berman’s office has a long tradition of charting its own course on high-profile cases.

The office has filed campaign finance charges against two Giuliani associates, Lev Parnas and Igor Fruman, accusing them of conspiracy and making false statements to the Federal Election Commission.

People familiar with the case have said investigators are scrutinizing Giuliani’s consulting business and eyeing donations made to America First Action, the main pro-Trump super PAC set up by his advisers and allies after his election, as well as a nonprofit affiliated with the super PAC.