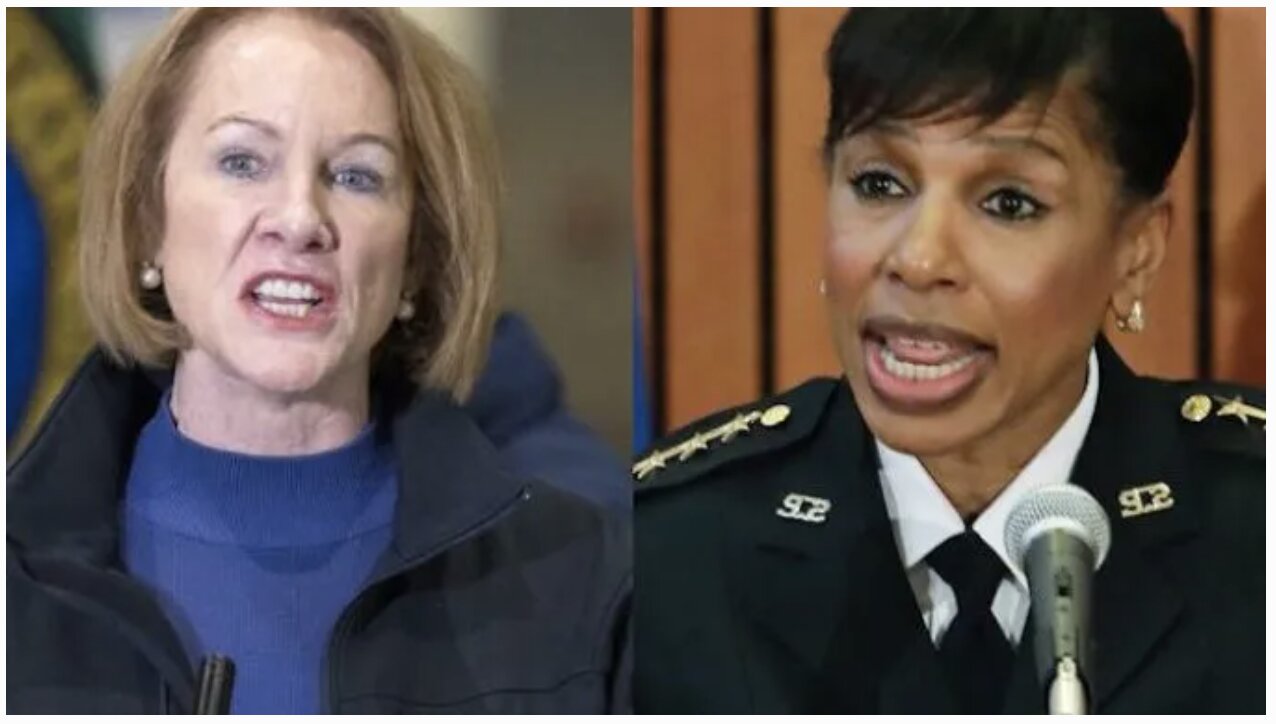 Seattle’s Police Chief Carmen Best has warned that violent crimes, including rapes, are occurring in the far-left controlled CHAZ that police are unable to respond to.

Dangerous, radical activists sealed off a six-block area in a downtown Seattle neighborhood that has become known as the Capitol Hill Autonomous Zone (CHAZ) after the mayor ordered the SPD to abandon the area following anti-police riots in the wake of George Floyd’s death.

The civil unrest prompted Mayor Durkan to order police to stand down at the East Precinct building, yielding it to Antifa and Black Lives Matter thugs.

Yahoo News reports: Police Chief Carmen Best, who joined Seattle Mayor Jenny Durkan at a news conference Thursday afternoon, revealed that “ultimately the city had other plans for the building and relented to public pressure.”

“You should know, leaving the precinct was not my decision,” Best told her fellow officers. “You fought for days to protect it. I asked you to stand on that line. Day in and day out, to be pelted with projectiles, to be screamed at, threatened and in some cases hurt. Then to have a change of course nearly two weeks in, it seems like an insult to you and our community.”

On Wednesday, the Seattle Police Department said it would try to reopen the East Precinct, and Best was able to visit the location on Thursday. “Our calls for service have more than tripled,” she told reporters. “These are responses to emergency calls — rapes, robberies, and all sorts of violent acts that have been occurring in the area that we’re not able to get to.”

At the press conference with Durkan, who claimed the occupants of the “Capitol Hill Autonomous Zone” (CHAZ) were engaging in an act of “patriotism,” Best remained noncommittal on a when police might return to the area, but explained that the evacuation had come after reports that the precinct could be burned down.

“We were asked to do an operational plan, in case we needed to leave,” Best said, not saying who exactly gave the order to withdraw. “We got an update that there was the potential for fire — of course if the precinct goes down in fire, the whole block could potentially burn up.”

Best also clarified that her department had not received “any formal reports” of CHAZ occupants extorting businesses, after saying in the video address that police had heard of “armed people” in the area “demanding payment from business owners in exchange for protection.”

Michael Solan, the head of Seattle’s police union, also slammed the decision to leave the precinct, calling it “the closest I’ve seen to our country becoming a lawless state.”

“Where is the safety of the reasonable community of the city of Seattle? To me, that is absolutely appalling, and I am embarrassed being a Seattle resident to even talk about this,” Solan told Tucker Carlson.