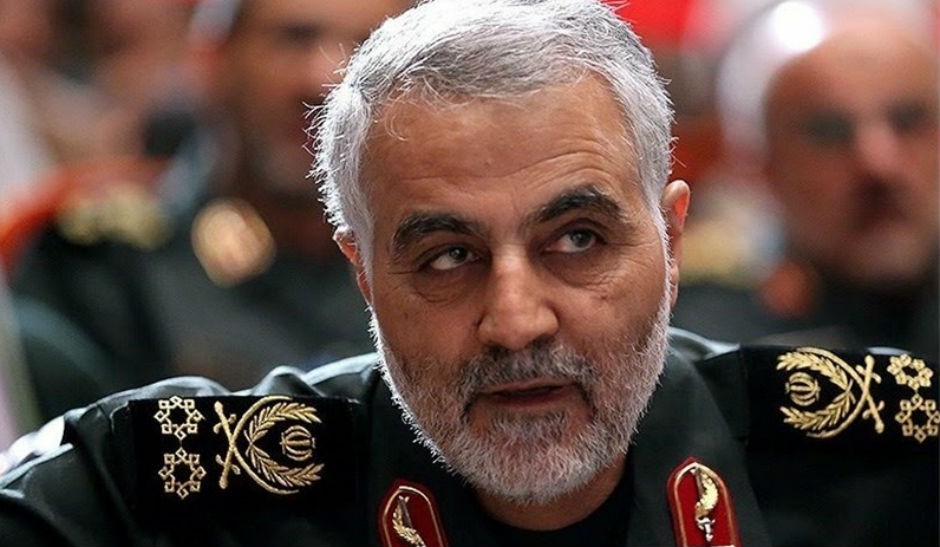 BEIRUT, LEBANON (12:20 A.M.) – An Iranian news agency published a picture showing the leader of the late leader of the Quds Forcs, Major General Qassem Soleimani, and the deputy head of Iraq’s Hashd Al-Sha’abi, Abu Mahdi Al-Mohandis, with the man accused of spying on the Iranian commander for the CIA and Mossad.

Commenting on the photo, the agencywrote: “The man behind Soleimani and Mohandis is Mahmoud Mousavi Majd, who was sentenced to death after being convicted of providing information about the whereabouts and movement of the commander of the Quds Force.”

For their part, the Media Center of the Iranian Judicial Authority issued a clarifying statement today, in which it confirmed that all the judicial stages of the Mossad spy file and the CIA were carried out before the assassination of Qassem Soleimani.

The statement continued that “the first death sentence against Mahmoud Mousavi Majd was issued on August 25, 2019.”

The director of the Mazan News Agency, which is affiliated to the judiciary said: “The spy was in prison when the assassination of Qassem Soleimani and it was not he who provided information about the arrival of Soleimani and Abu Mahdi al-Mohandis at Baghdad Airport.”

It is noteworthy to mention that Soleimani and Al-Mohandis were assassinated by a strike carried out by a U.S. drone near Baghdad International Airport on January 3rd, 2020.